Columbia signed a contract to provide medical support for border crossers. Faculty and students argue it’s the wrong thing to do.

Columbia signed a contract to provide medical support for border crossers. Faculty and students argue it’s the wrong thing to do. 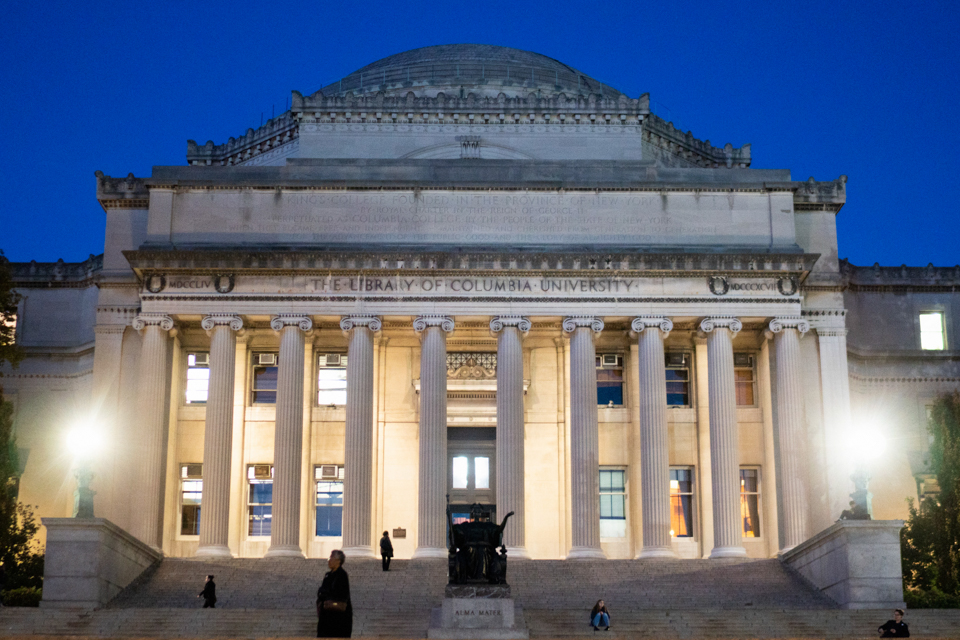 The statement calls for Columbia to halt its contract with Customs and Border Patrol, arguing that it legitimates abuse at the border.

Over 300 faculty, students, and alumni called on Columbia to end its $150,000 contract with U.S. Customs and Border Protection for emergency medical services at the border, condemning the partnership as a legitimization of CBP cruelty in a faculty-led petition sent to administrators last week.

The petition—signed by multiple department chairs and University senators—follows a Spectator article detailing that the Earth Institute’s National Center for Disaster Preparedness has entered into an agreement with CBP to devise medical screening protocols and support for individuals crossing the Southern border.

CBP has faced significant criticism for what Democratic lawmakers have referred to as an “epidemic of death” under its watch, which have included at least seven children. Most recently, that of Carlos Hernandez Vasquez, a 16-year-old boy, faced significant scrutiny because he spent a week in custody of CBP and was not brought to the hospital despite telling officials he felt ill.

The statement, which acknowledges NCDP’s intentions to help with the crisis at the border, maintains that it would not be possible to provide aid while officially contracting—and thus potentially legitimize—organizations charged with enforcing Trump’s policy of “zero tolerance” and detention of migrants and asylum seekers at the Southern border.

“Regardless of good intentions, the CBP contract is a stain on our conscience and reputation as an institution that upholds human rights and ethical practices. We cannot work for concentration camps. We demand that Columbia cancel its contract,” it reads.

A Columbia spokesperson declined to comment on whether the University would end the contract with CBP.

Prior to the faculty petition, UndoCU also published a statement on July 1 condemning the contract and CBP, garnering almost 1,500 signatures. Citing the contract, UndoCU also demanded that Columbia fund organizations that are “actually providing medical services for immigrants” and fire those involved in the contract. The Graduate Workers of Columbia have since endorsed UndoCU’s petition.

In a written statement to Spectator, NCDP director Irwin Redlener responded that he condemns the crisis at the border, but having seen conditions of children in custody, he believes it is his moral obligation to offer his medical expertise to service the crisis. Redlener has been an active critic of president Donald Trump’s policies in the past, calling attention to child separation with calls to investigate CBP practices after receiving answers following the death of migrant children at the Southern border that he considered “spectacularly unsatisfying”.

“The idea of directly working with Customs and Border Protection and U.S. Border Patrol is clearly a challenge on many levels,” Redlener wrote. “However, having seen first-hand the horrendous conditions that are creating a very high risk situation for children in custody, the idea of not helping if given the opportunity to do so would be ethically and morally counter to everything I have been doing as a pediatrician for nearly fifty years.”

According to federal mandates, unaccompanied youth—who at most comprise 16 percent of detained populations between May 14 and June 13—are supposed to be detained in the least restrictive conditions and for no more than 72 hours before being transported to US Health and Human Services where they would be paired with a sponsor as they await their hearing. Despite these regulations, attorneys, doctors, and activists have reported that children are being detained in facilities for far longer than 72 hours—ones that weren’t even meant to house adults due to “dangerous overcrowding and unsanitary conditions.”

History professor Nara Milanich, who helped draft the faculty petition along with sociology department chair Shamus Khan and history professor Mae Ngai, argued that the contract with CBP normalizes the policies of child detention and suggests a “business as usual” approach to the current crisis. Independent of the service itself, she argued that contractors are inherently complicit in promoting the interests of CBP.

Milanich, who has personally volunteered in detention facilities for families at the border, maintains that CBP is an “irredeemable organization,” and that any formal contract would effectively excuse its work.

But while the statement calls for Columbia to divert their efforts towards independent venues, such as the immigration clinic at Columbia Law School and asylum clinic at Columbia Medical School, Redlener noted that independent doctors are currently barred access to detention centers. Without a contract from CBP, medical professionals are not able to service detainees.

“The essential point is that it is virtually impossible to make changes from “outside” the government that would help these high-risk children. From within the relevant agencies, I am able to promote medical protocols to protect children in peril and greatly improve their conditions while they are in detention.” Redlener wrote.

Ngai emphasized, though, that contracts for medical services have been used to credit CBP’s work and intentions, citing the Department of Homeland Security’s report into CBP conditions. Though Columbia is not mentioned by name, the report states that CBP is “expanding existing medical service contracts...to provide medical assessments and basic level medical services” as evidence of its progress.

“If you want to help the children, this is a very poor way to do it,” Ngai said. “Already, [the contract] is being used as part of this coverup or justification [for CBP’s abuse].”

She also cited Columbia’s agreement to divest from private prison companies, many of which profit from immigrant detention.

Outside of CBP, universities like Columbia often contract with government agencies, a common practice that has at times faced scrutiny for its potential conflicts with political agendas. Out of the 211.0 million dollars Columbia receives from federal contracts under the Trump administration, 31.86 million dollars are from the Department of Energy and Department of Defense. Compared to the Obama Administration, Columbia on average has decreased the amount of federal contracts it receives annually.

David Rosner, professor at the Mailman School of Public Health where Redlener also works, said he signed the petition because it is difficult to rationalize the government’s use of Columbia for anything other than to “provide a fig leaf for the inhumane conditions and acts.” According to Rosner, who has studied the U.S. public health system, government systems have existing medical screening systems—the failure at the border, he argued, is due to fundamental xenophobia rather than resource needs.

“The racist rhetoric that is coming out of this administration is so destructive and so much a part of this system victimizing the victims, calling them rapists and criminals and horrifying people who have broken the law.” Rosner said. “Creating the image of a crisis is a political act to justify inhumane activities. We’re not an unsophisticated country, we’re not a country that is just now experiencing immigration.”

Ngai emphasized that the statement was not meant to target any particular individuals or centers, but instead it is an opportunity for the University to decide their position against the policies of the Trump administration.

“I think the question is what the University’s position should be. Should the University have a contract with the concentration camp?”