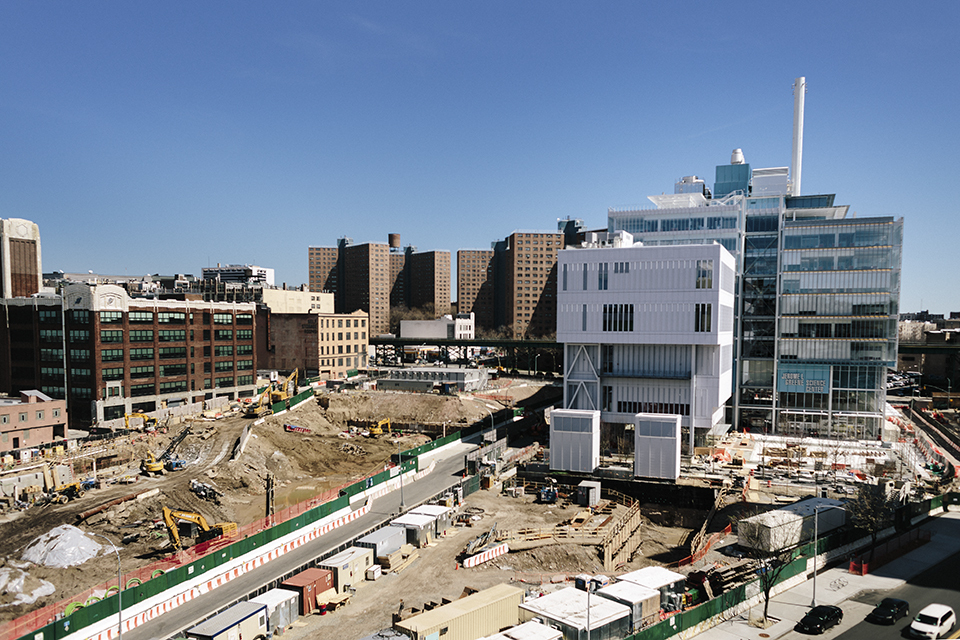 Manhattanville will be a landmark move for Columbia to expand for years to come.

Following a 14-year plan to expand the boundaries of Columbia through the Manhattanville campus, plans for buildings originally slated to be part of the first phase of construction have faced fundraising delays.

Manhattanville is Columbia’s $6.3 billion project inspired by Bollinger’s desire to secure the space necessary for Columbia to further establish itself as a world leader in higher education. It is slated to add five additional new buildings into the Columbia consortium by 2022, including three that have opened, and two buildings into which the Business School will move.

The decision to expand came at an especially critical time for the Faculty of Arts and Sciences, which has found itself with insufficient financial support to expand its campus in New York City. Classroom and campus space have seen relatively slow growth, despite a 35 percent increase in both the Faculty of Arts and Sciences and School of Engineering and Applied Science student enrollment over the past decade.

The first phase of the move involves the relocation of the School of International and Public Affairs, the Business School, and the School of the Arts, along with the construction of Jerome L. Greene Science Center and The Forum. However, the lack of updates on fundraising for SIPA’s transition into Manhattanville casts doubt on the completion of phase one.

Though a building for SIPA was slated to open in 2020, it faced fundraising delays from the start—in 2015, a spokesperson told the Spectator that there were plans for SIPA to move into Manhattanville’s new campus “eventually,” but that there was “nothing to add” beyond that. At an Arts and Sciences faculty meeting this spring, Bollinger again said that no current fundraising exists for the building’s construction.

Manhattanville has been criticized since its inception drawing much-needed resources and attention away from the notoriously cash-strapped FAS, but lauded as a landmark transformation for Columbia’s campus for years to come. Follow Spectator’s coverage to continue following updates for Manhattanville’s development.

Correction: A previous version of this article incorrectly stated that Manhattanville was scheduled for completion by 2030. Spectator regrets this error.