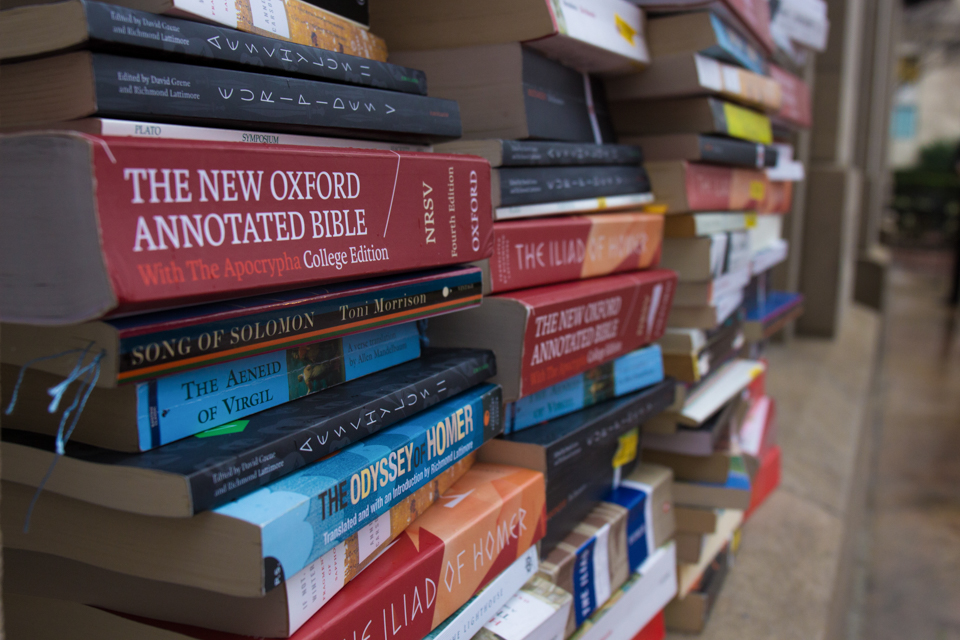 This fall, the new text to be featured on the syllabus will be Suzan-Lori Parks’ “Father Comes Home from the Wars (Parts 1, 2 & 3)."

In an effort to broaden the curriculum’s diversity, Literature Humanities will now include a “Contemporary Core” component consisting of an annually rotating text to be chosen based on annual faculty and student discussion, the first major syllabus update since Toni Morrison’s “Song of Solomon” was added in 2015.

This fall, the new text to be featured on the syllabus will be Suzan-Lori Parks’ “Father Comes Home from the Wars (Parts 1, 2 & 3),” Chair for Literature Humanities Joanna Stalnaker announced last month.

The Core Curriculum, comprised of classes like Contemporary Civilization, Lit Hum, and University Writing, is a set of common courses that all undergraduate students at Columbia College and the School of General Studies must take during their time at Columbia. Students at the School of Engineering and Applied Science must complete a separate set of core requirements.

Changes in the curriculum and come after a particularly contentious year of discussions surrounding the Core. Last December, questions surrounding the diversity of authors and texts available in the Core reached a new height when Julian von Abele, CC ’21, harassed a group of predominantly black students with a white supremacist tirade. In April, a panel of professors discussed a century of history of the Core, addressing student concerns over lack of diversity in its curriculum and faculty.

Stalnaker described Parks’ play as an intersection between contemporary issues and several layers of the past: both the Civil War and the Greek roots of the syllabus itself.

“Extremely contemporary authors in today’s world are going back into the past as Parks does to engage with ‘Odyssey’ in particular and also Greek tragedy. … She also goes back to the past to the extent that it’s a play about the Civil War, and there’s several levels of history that are being engaged with: the more recent American past and the much more distant Greek heritage,” Stalnaker said.

Parks is tentatively scheduled to speak on campus in the spring, Stalnaker added.

This year marks the centennial of the Core, and Stalnaker kicked off Lit Hum for new students at the course’s annual orientation week lecture on Aug. 25. As opposed to previous years wherein the first lecture focused on Homer’s “Iliad,” this year’s principal lecture for all Columbia College and SEAS students will focus on the works of Morrison and Virginia Woolf.

In her lecture, Stalnaker called on the late Morrison’s concept of “provocative love” to describe her own hopes for students to both appreciate and criticize the Lit Hum syllabus. Through the lens of Morrison’s essay, “Unspeakable Things Unspoken: The Afro-American Presence in American Literature,” Stalnaker also emphasized the importance of exploring the construction of the canon itself as means to learn from it.

“[Morrison] wanted to subvert and transform her understanding of existing canons,” Stalnaker said. “The addition of [Morrison’s novel] ‘Song of Solomon’ to the [Lit Hum] syllabus must not be understood as a mere expansion or diversification of an existing canon. It is a choice that compels a whole scale of evaluation to the canon, and the readings of all the authors included in it.”

Stalnaker also explored the Lit Hum syllabus using Woolf’s essay, “A Room of One’s Own,” in which Woolf explores why women’s historical deprivation of financial and physical independence often prevented them from the ability to produce canon-worthy literature. She also addressed recent criticisms of the Core by emphasizing their importance.

“We can and should both appreciate and criticize the syllabus, and doing so is some of its very value,” Stalnaker stated.

In particular, various student attendees noted the importance of the changed lecture. John George, CC ’23, commented on the various perspectives he had heard about Lit Hum before coming to the University.

“I think it was a good intro to how Lit Hum needs to broaden its intellectual inquiry,” George said. “I’ve been hearing a lot about Lit Hum; there’s a lot of people who say it needs to be diversified and more intersectional, but there’s also the side that says it needs to focus on the Western canon.”

Julia Beumer, CC ’23, noted how she particularly appreciated having a new lens with which to view contemporary literature.

“I liked the idea of taking works and authors of the present and having a lens from which to look at, so I thought it was particularly interesting that we start from talking of the last works,” Beumer said.

Stalnaker also promised that the new Parks play will be available soon in the FLIP lending library, which is located on the fourth floor of Butler in room 401.

Conversations about Lit Hum and the Core will continue through panels and luncheons with students throughout the year. Emily Wilson, the translator of the edition of the “Odyssey” now featured on the syllabus will speak at 6 p.m. on Sept. 26 at Miller Theatre and at the Core Centennial Celebration event featuring speeches from Dean James Valentini and University President Lee Bollinger on Sept. 27 in Low Library.