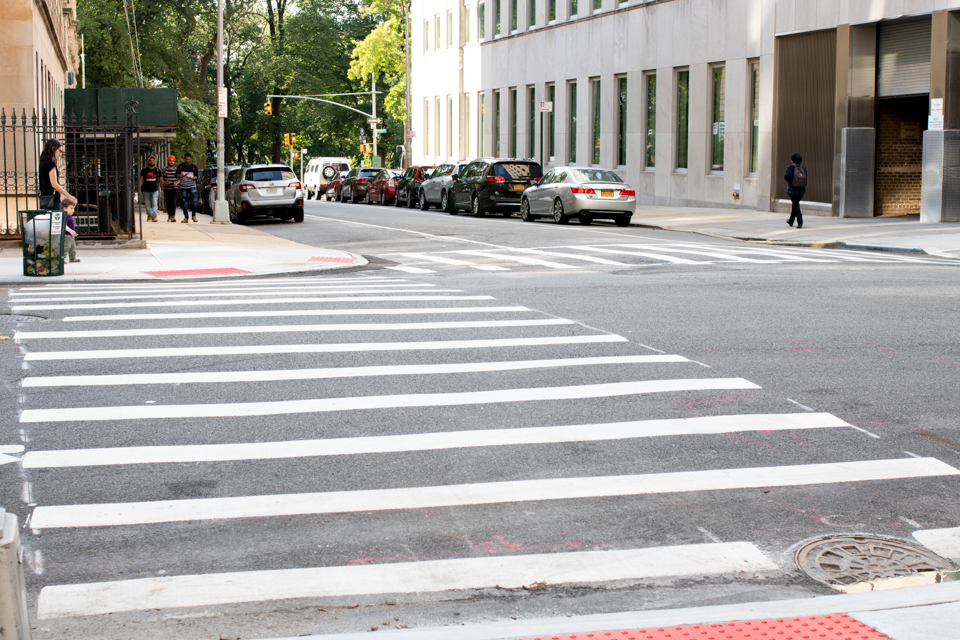 On March 8, 2018, representatives from Columbia, Barnard, and the Interchurch Center signed a letter to the city requesting safety measures at 119th Street and Claremont, though no safety measures were taken for nearly a year after.

New speed bumps and a crosswalk have been installed by the New York City Department of Transportation on 119th Street and Claremont Avenue following pressure from the car crash that killed former School of General Studies Dean Peter Awn. The development follows years of unclear communication and delays between neighborhood residents, Columbia, and the city.

Claremont—which stretches from 116th Street to Tiemann Place—previously had no regulations, allowing for rampant speeding by cars and other vehicles, according to Columbia affiliates. Awn died after sustaining injuries from a car crash at the 116th and Claremont intersection last spring, after which the driver was charged with misdemeanor offenses.

As early as February 2015, School of Professional Studies Dean Emeritus Frank Wolf said he had communicated concerns to Barnard’s administration that he and his fellow Claremont residents had about the Milstein Center construction, and included a request for speed bumps. On March 8, 2018, representatives from Columbia, Barnard, and the Interchurch Center signed a letter to the city requesting safety measures at 119th Street and Claremont, though no safety measures were taken for nearly a year after.

However, according to Wolf, he and other residents were still “pretty annoyed.” Awn’s death, Wolf said, wouldn’t necessarily have been prevented by the new safety measures—since the city also needed to make more extensive efforts to ensure street safety in the area.

“I learned on Sunday that Dean Peter Awn was in the accident… and I wrote various people at Columbia and the head of Public Safety...The fact of the matter is there’s a safety issue on Claremont Avenue,” Wolf said.

The regulations come at a time when debates over street safety—both near Columbia’s campus and more broadly in the city—are coming to a head, particularly in light of a number of bicyclist and pedestrian deaths in recent months.

Near Columbia’s campus, street safety on Claremont Avenue and in the surrounding Morningside streets has been an issue for years.

A spokesperson for the DOT confirmed with the West Side Rag in March that there were two severe injuries on Claremont Avenue and 116th Street between 2013 and 2017. Unbeknownst to Wolf and other residents, Claremont Building Supervisor for Columbia Facilities Dave Sisu had been pushing the DOT to install speed bumps since November 2015, even starting a petition that racked up more than 100 signatures.

The politics and tragedy surrounding Claremont Avenue’s lack of street safety caused Debbie Herdan, BC ’91, to recall her friend Adrienne Jones, CC ’90, who died in a fatal bike crash crossing Broadway at 115th Street in 1989. Herdan—herself a victim of a later bike crash and now an activist for traffic safety with Families for Safe Streets—is glad that the city finally bowed to pressure from residents.

“Dean Awn’s death brought back these memories [of my friend]. I’m glad to see the speed bumps placed in and curve interventions and [to see] the end of the police being present to watch people who are speeding and yielding,” Herdan said.