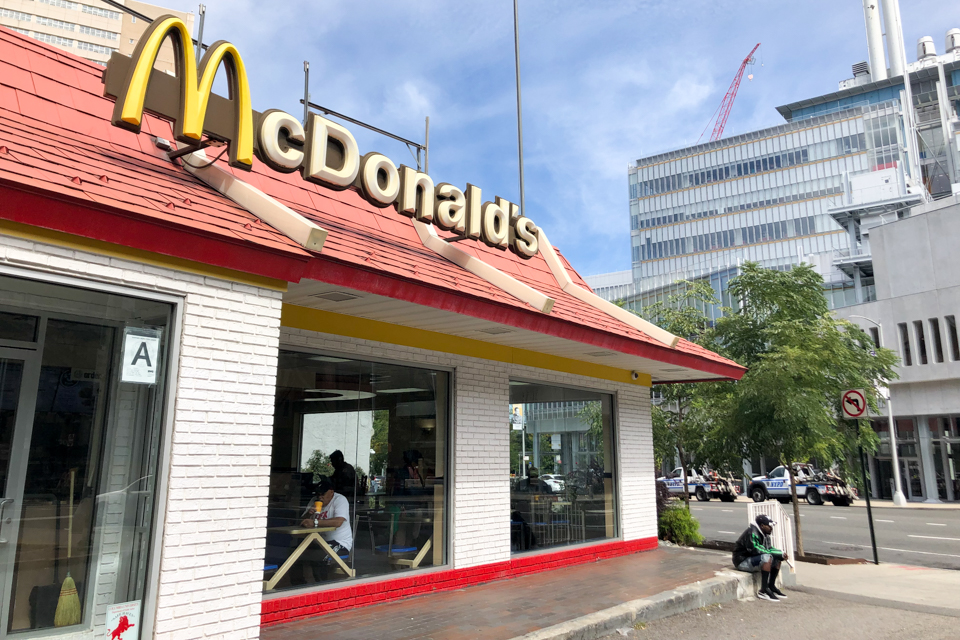 Columbia’s purchase of these buildings is a continuation of its expansion of the Manhattanville campus.

A familiar community locus for residents looking for a quick bite, the McDonald’s restaurant on 125th Street and Broadway will close on Sept. 9, the store announced earlier this week. The building will be demolished and redeveloped as part of Columbia’s Manhattanville expansion.

Columbia owns the corner of 125th Street and Broadway, where the fast-food chain’s location stands. Along with this McDonald’s, neighboring warehouses will be demolished and redeveloped this fall. Columbia’s purchase of these buildings is a continuation of its expansion of the Manhattanville campus, poised to firmly root Columbia as a world leader in higher education through interdisciplinary research and modern developments. However, the expansion has also faced criticism for changing the historic landscape of West Harlem and the surrounding community.

All employees at the restaurant will be offered jobs at other locations, according to Columbia’s announcement.

According to local residents, this particular McDonald’s location is known to foster fond memories and connections, since it has been a gathering spot for families over the years. Miriam Blanco, a 61-year-old local resident, sat alongside her sister Judith in the restaurant after church—a regular tradition for the two sisters.

Blanco said she started coming when her kids were little, and the family would eat together in the familiar setting.

“You know it’s memories for the neighborhood, and I’m very sad right now. When I tell my son he’s going to be very devastated,” Blanco said, choking back tears.

For José Hernández, going to McDonald’s is also a weekly tradition. As an attendee of Riverside Church on 120th Street and Riverside Drive for the past decade, he regularly stops by for a meal after church.

Heather Woodley, New York University professor and resident of Mount Vernon, sat with her daughter, Phoenix, in McDonald’s the day before its closure. She is an ex-resident of West Harlem, and went to the restaurant in the early 2000s when she was a local. That afternoon, Woodley said she brought her daughter to reward her for doing a “great job” in her dance class nearby.

Upon hearing of the restaurant’s closure, Columbia student Grace Bertelli, CC ’21, created the Facebook event “We all go to the 125th St McDonalds before it closes,” through which she gathered about 20 students to go to the closing store to reflect and show solidarity. Bertelli highlighted the affordability of McDonald’s as a prime location for affordable food for herself and the community.

“As a low-income student myself, it is one of the more affordable options in the neighborhood. … My first thought was, ‘Let me create a Facebook event,’” Bertelli said. “It’s clear this is a McDonald’s that was pretty significant to the community, pretty central to the neighborhood.”