Barnard loses second arbitration against BCFU in one year, forced to fork over thousands

Barnard loses second arbitration against BCFU in one year, forced to fork over thousands 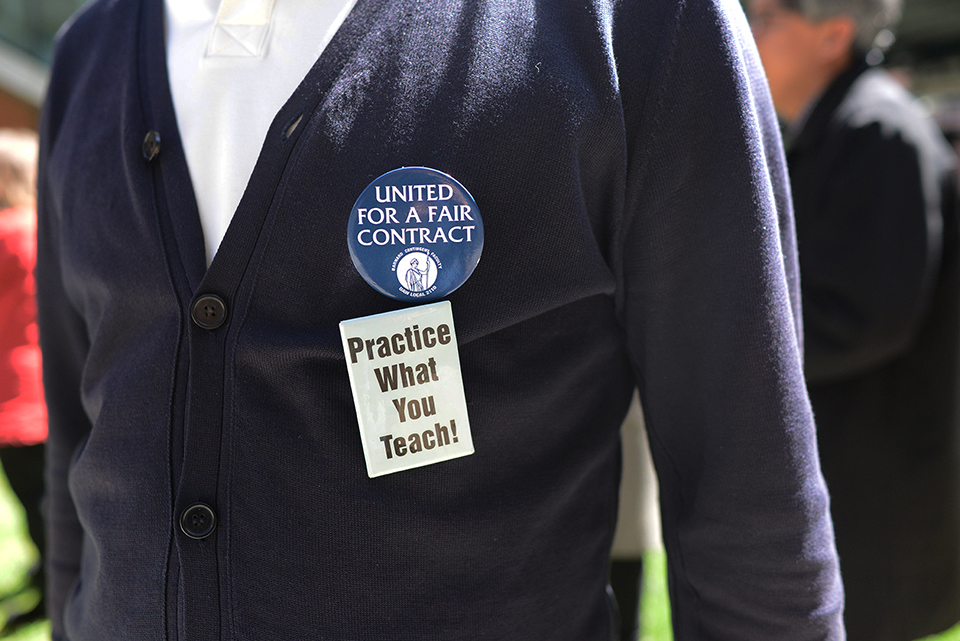 Following the decision of an independent arbitrator, Banard must pay thousands in reimbursement for violating its contract with the Barnard Contingent Faculty Union.

Barnard College was found guilty of violating its collective bargaining committee when it failed to consider assigning, in good faith, a long-term faculty member an additional section of classes, thereby slashing their compensation by thousands and disqualifying them of healthcare, an independent arbitrator ruled last Tuesday.

The Barnard Contingent Faculty Union, a coalition which represents all faculty who are not tenured or on tenure track, lecturers, or reviewed and renewed faculty, filed the grievance in July 2019. The arbitrator’s decision marks the second time in one year in which Barnard was found guilty of violating its union contract. The first arbitration resulted in Barnard having to reimburse all First-Year Seminar stipends, $2,000 per section, to nearly a dozen adjuncts, from 2017 through 2019.

Consequently, the grievant’s inability to teach an additional course resulted in a loss of $9,000 in compensation and contributions toward health insurance premiums they would have otherwise been eligible for. The arbitrator’s decision now mandates that the grievant be compensated as if they taught the additional course, and for any loss in health benefits.

The faculty member in question declined to be identified either by name or department for this article.

In response to the initial grievance, the college claimed that no violation had occurred as good faith consideration was provided for at least one of the courses they taught, and that any additional courses assigned to the grievant were at the discretion of their respective department chairs and the college.

The arbitrator, however, decided that the grievant had not been considered in good faith, as the BCFU member was not considered for an additional section of a course and no rationale was provided as to why they were denied the opportunity.

Following the decision, a college spokesperson maintained the argument made during arbitration, stating that nothing within the contract stipulates that adjunct faculty be assigned multiple courses and that Barnard has the desire to work with the union to maintain the integrity of academic programs moving forward.

“The collective bargaining agreement does not address assigning adjunct faculty to multiple sections of a course. And again, we believe that chairs and directors should make those decisions,” a college spokesperson said in a statement to Spectator.

According to Richard Rouhe, a BCFU bargaining committee member and adjunct professor of architecture, the arbitrator’s decision to compensate the grievant is indicative of a greater issue affecting contingent faculty members. He asserted that having additional courses directly correlates with his ability to interact with, teach, and provide students with resources such as additional office hours.

“It’s not just a monetary benefit. There’s more benefits in terms of how the adjunct faculty are part of the college and are able to interact with the students and be a part of student life,” Rouhe said. “I know that because I have taught more classes in the past, and I have felt more connected to the college than when I’m just teaching one course a semester.”