In the face of 2020 deadline, SIPA sees no funding for move to Manhattanville

In the face of 2020 deadline, SIPA sees no funding for move to Manhattanville 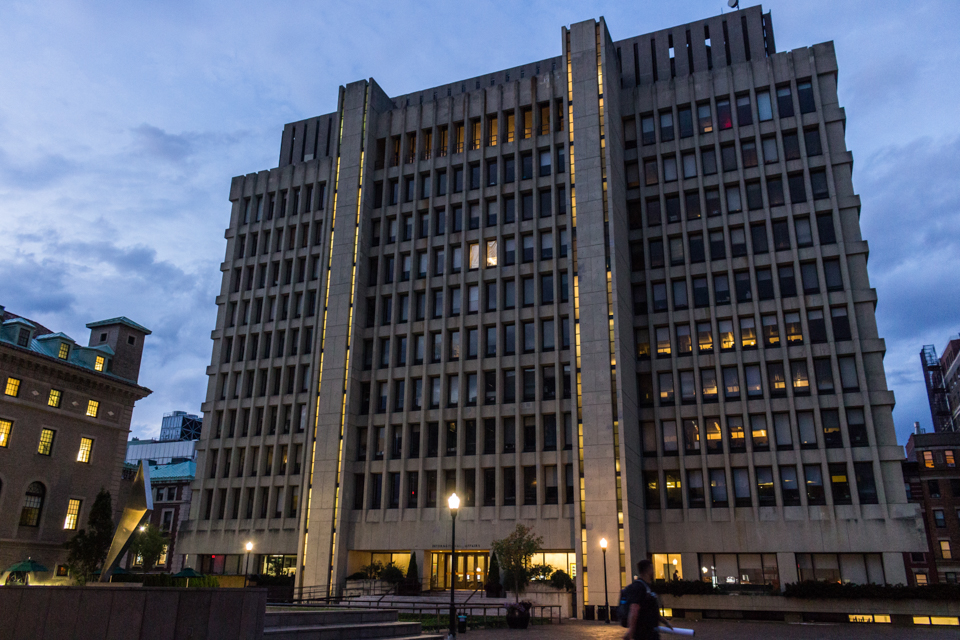 As Columbia buildings begin to populate Manhattanville, SIPA remains on the Morningside Heights campus due to a lack of fundraising.

Despite plans for the School of International and Public Affairs to move to Manhattanville by 2020, an apparent lack of fundraising plans—due to lack of administrative priorities and limited alumni engagement—have left the future of the move up in the air.

In early 2003, University President Lee Bollinger announced the University’s plan to build an additional 17-acre campus, defined by the confines of Broadway and 12th Avenue, 125th and 133rd streets. Touted as a way to increase Columbia’s presence beyond Morningside Heights and bring its research to the forefront of academic excellence in the 21st century, Manhattanville’s notable landmarks like the Zuckerman Mind Brain Behavior Institute, the Ronald O. Perelman Center for Business Innovation, and the Henry R. Kravis Building were made possible by significant donations from large names—$200 million, $100 million, and $125 million, respectively.

Marked by the move of the Business School and SIPA, the first phase of Manhattanville’s completion, was thought to be completed by 2016, then later, 2020. However, no fundraising has happened for SIPA’s move nearly six years after the building’s preliminary plans were drawn.

Several SIPA faculty attributed the stalemate to the school’s inability to attract a large donor without help from Bollinger and the central development office, particularly due to the nature of SIPA alumni.

“SIPA students go into government jobs or policy jobs and, naturally enough, don’t have the kind of resources that would be needed to build a new building for SIPA,” international affairs professor Anya Schiffrin said.

International politics professor Robert Jervis noted that, as a result, fundraising for projects as large as new buildings require significant help from upper-level administrators to court big donors outside of a direct alumni base.

However, Jervis said he was unsure if SIPA’s new building had a higher place on Bollinger’s to-do list than other initiatives, such as Columbia World Projects—Bollinger’s initiative to increase Columbia’s engagement with solving real-world problems.

“There’s no way we can get a building without being … [Bollinger’s] number one priority,” Jervis said. “He might say it’s a top priority, but that’s not helpful … it’s really got to be the one, two, or three on his list.”

The University declined to comment on the reason behind a lack of development progress for the building and did not provide any information regarding updated plans.

SIPA itself has prioritized raising funds for student scholarships and fellowships, most recently in the form of a $150 million dollar campaign to support students and faculty. Schiffrin called student need SIPA’s “highest priority” in an effort to limit debt for students who are likely pursuing lower-paying jobs.

“I think all of us would love to be in a big, beautiful, shiny new building. But the priority for everybody is student scholarships and fellowships, so I think realistically, that will continue to be the priority,” Schiffrin said.

The stalled fundraising has come at a cost. Along with crowded elevators, the school has limited space for teaching. Limited space has also limited the school’s growth, Jervis said.

“This building, I understand, now accommodates twice as many people as it was designed for,” SIPA professor and University Senator John Mutter said. “It’s hard to get into the elevators sometimes … So, it’s crowded, frankly.”

As SIPA runs short on classroom space, Mutter has shifted to teaching courses later in the day.

With the Business School’s move out of Uris Hall promising additional space to Arts and Sciences, it is expected that the faculty will also receive a portion of the International Affairs Building when SIPA moves to the new campus.

But for all parties, little movement is visible.

“What’s happening right now in the sense is that nothing’s happening,” Mutter said.