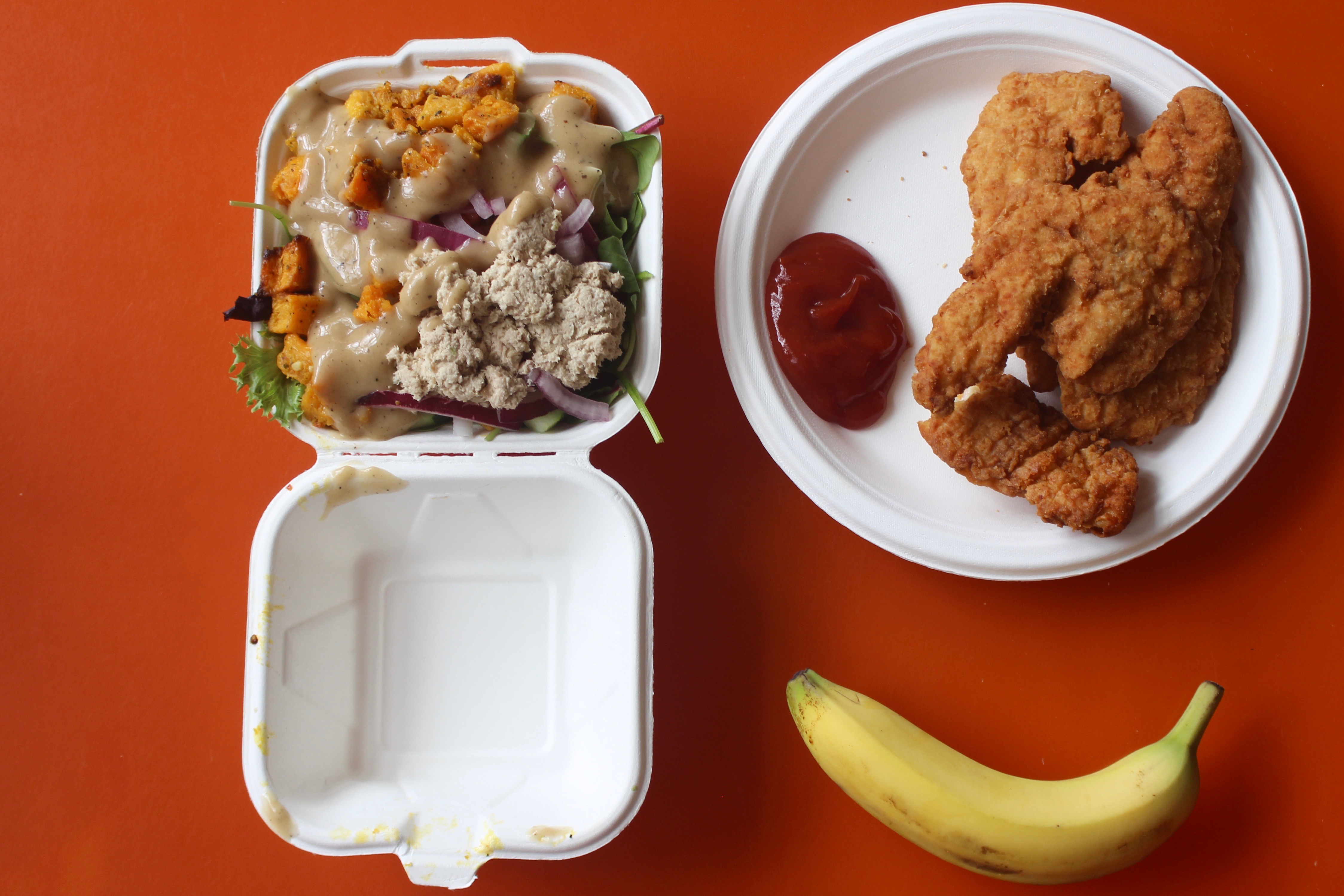 Less than four weeks into the semester, Barnard students said that they are spending more money and receiving smaller portions than they did in the past at Diana.

Less than four weeks into the semester, Raefah Wahid, BC ’20, realized that she had already spent 100 points—a quarter of her 400-point meal plan—at Diana.

Wahid is one of many Barnard students who have expressed concerns with the points system in place at Diana under Chartwells, now in its first semester as Barnard’s dining provider.

In light of changes to offerings from Barnard dining, students said they have found themselves spending more points for less food than they did in previous semesters. As a result, students are running out of points and swipes more quickly, and, in an effort to make meal plans last through the rest of the semester, some are even skipping meals.

“We’re not done with the first month and I’ve already blown through 100 points—and I haven’t eaten that much on campus,” Wahid said. “It’s horrible, and I’m physically stopping myself from going to places like Diana, because I know it will pose a burden on my points.”

Barnard announced that Chartwells would take over as its dining provider last spring, after students led a symbolic boycott and circulated a petition urging the college to cut ties with Aramark over the company’s past allegations of misconduct in private prisons. Chartwells was selected by a joint student-administrative search committee headed by Barnard Chief Operating Officer Robert Goldberg, who emphasized Chartwells’ commitment to social responsibility and its lack of involvement with the prison industry.

Students can use points at Diana, Hewitt, Liz’s Place, and Peet’s Coffee, while meal swipes can be used at Diana, Hewitt, and Liz’s Place. Barnard offers a variety of meal plans for students, most of which offer a mix of meal swipes and points while one only offers points. The most expensive plan is the Platinum Plan, which is required for all non-commuting first-year students living in the Quad and consists of 19 meals a week and 120 points a semester. The cheapest is the Convenience 400 Points Plan, which is targeted at commuter students but popular among students who either cannot afford higher plans or do not want them.

Unlike students at Columbia, Barnard students are required to be on a meal plan for their entire time at the college. Additionally, Barnard points, in contrast to Columbia Flex points, cannot be used at local food establishments like Chipotle and Dig Inn.

Though the offerings for meal plans remained the same coming into the semester, the college did not notify students of changes to pricing or meal options prior to the deadline for purchasing meal plans, or even after students returned to campus.

In a statement to Spectator, a Chartwells spokesperson said that the point system has not changed from past semesters—meaning that one point still equals one dollar—but that Chartwells is “immediately reviewing [its] product mix for both retail packaged products and served food to introduce a wider variety of price points.” The spokesperson noted that several new food options will be introduced to campus, including the return of the Smoothie Lab to Diana and an increased number of vegan, vegetarian, and kosher products at Liz’s Place by next Monday.

They added that the company is also working with the Barnard administration to develop a program to address campus food insecurity and to engage students on the topic “in the coming weeks,” but did not specify further details of what the program will entail.

The pricing changes at Diana pose a particular burden for low-income students who cannot afford to expand their budget for buying groceries or eating out and are often on the smallest meal plan that they can afford.

“In general, being a low-income student means that it’s hard to afford to be on the meal plan. It was hard last year, but it’s even harder this year,” Aliyah Simon-Felix, BC ’21 said. “I’m not getting why there was an increase in price and then a diminishment in the size of the portions.”

Grace Hargis, BC ’20, said that whereas she rarely spent more than around $8 on a meal in past semesters, she now has to spend between $12 and $20 for a satisfactory meal. She is on the Convenience 400 Points Plan.

“Usually [my meal plan] allows me to get a few meals a week and lasts for most of the semester, if not all—and my points are already almost half gone,” Hargis said. “There have been times when I want more food or I want to get lunch, but then I start to weigh that I’ll run out of points, so I need to save them, which is hard.”

Leeal Kahen, BC ’22 and the Food and Dining Services representative for Barnard’s Student Government Association, said that she has received feedback from numerous students regarding the financial burdens of the point system and is actively communicating those concerns with Chartwells and Barnard.

“The transition from Aramark to Chartwells is still happening and it’s still a process, [although] it’s definitely not as organized as students and SGA have expected it to be,” Kahen said. “The [pricing of the points] is the main thing I’ve noticed, that’s the main point of contention between students and Chartwells, and I definitely hear their concerns.”

Kahen also encouraged students to apply to the Barnard Food Advisory Board, which serves as a liaison between the student body and the Office of Dining Services.

“There’s only so much I can do as one student. It’s so important that students from different groups and backgrounds join. There’s power in numbers and it’s very important for [Barnard and Chartwells] to hear their concerns,” she said.

Correction: A previous version of this article did not specify that points may also be used at Hewitt in addition to meal swipes.