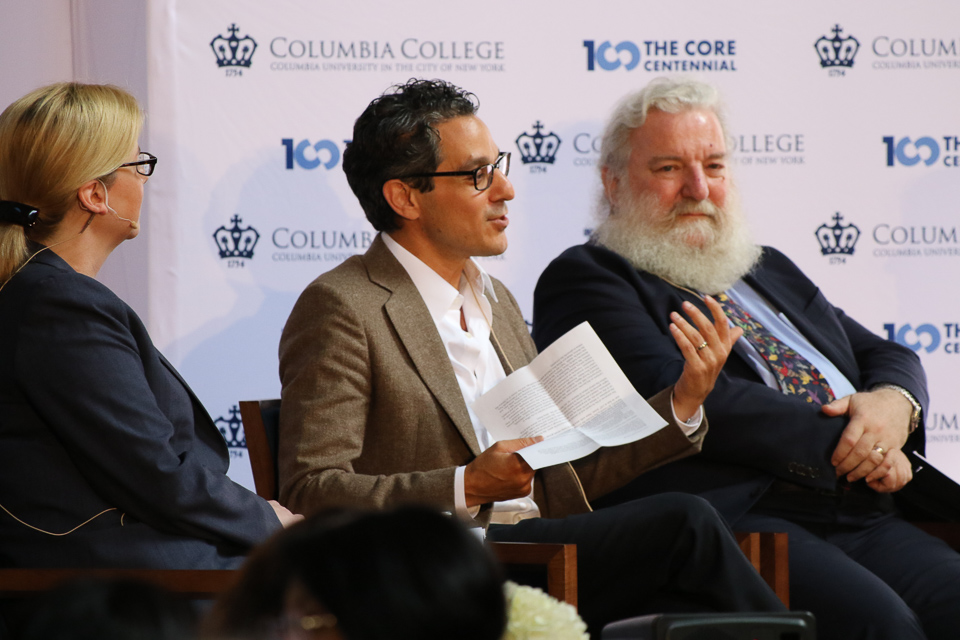 Columbia is the only Ivy League school to still require a traditional liberal arts curriculum for its undergraduate students.

Over 100 students, faculty, and alumni gathered in Low Rotunda on Friday as faculty chairs of the Core Curriculum answered questions about the continuing relevance of the Core and evolving teaching methods at a panel event celebrating the Core’s centennial.

Comprised of classes such as Literature Humanities, Contemporary Civilization, Frontiers of Science, and University Writing, the Core is a set of courses and subject requirements that each Columbia College and General Studies student must complete during their time at Columbia. Students at the School of Engineering and Applied Science must complete a separate set of core requirements with certain overlapping courses.

The seeds of the Core Curriculum were originally planted in 1919, when the political upheaval in the aftermath of World War I spurred Columbia College faculty to design what would ultimately become Contemporary Civilization. Columbia is the only Ivy League school to still require a traditional liberal arts curriculum for its undergraduate students.

Hollibaugh opened up the discussion by prompting speakers to discuss what makes Core classes distinct from introductory classes at any other collegiate institutions.

Helfand said that Frontiers of Science students are able to learn free from the “tyranny of content” and stray from the belief that learning science is merely memorizing facts. He went on to claim that the Core at large challenges the perspectives of students by making them question the way they think.

“The Core is about the celebration of remarkable individual human creativity,” he said.

Hollibaugh also asked the chairs to speak on the relevance of old texts in contemporary contexts, particularly in light of student criticism in that the texts constitute an outdated, predominantly white canon.

Stalnaker responded to this criticism by mentioning this year’s addition of a contemporary text to the Literature Humanities syllabus.

In response to questions about Columbia’s ability to modernize and diversify the texts of the Core, Elcott admitted that both he and faculty chairs can do a better job.

“We probably can’t answer in one [term] as chair of these courses, but it is the single top priority as we think about the next 100 years of the Core,” Elcott said.

Stalnaker also stated that it was imperative for students to engage with texts that might make students uncomfortable.

“The one thing, in addition to critical thought, that I want them to get out of Lit Hum is I want them to learn how to listen very closely in a literary text to what is different from their own preconceived notions and their own experiences and adopt other points of view,” Stalnaker said.

One audience member asked about adaptations and evolutions in the way that the Core has been taught, specifically citing how trigger warnings were a new addition to how professors have addressed sensitive material in the classroom.

Stalnaker argued that it is important to teach controversial texts, as seminar courses are designed to have students grapple with difficult and disturbing problems brought up in the texts. She stated that it is not possible for faculty members to be aware of exactly what may make students uncomfortable; however, instructors should go into these conversations with the knowledge that the topics may be sensitive for some students.

“I would say it is important to think about who the people are in a classroom and how their different experiences may cause certain kinds of material to be very much directly disturbing and even psychologically triggering for them,” Stalnaker said.

Another audience member asked about how teaching styles were adapting to diversity in the classroom given Columbia students’ various vantage points in life.

Saada responded that students are given context to provide background for those who may not have interacted with the texts before. She also stated that she believes the slow pace of the classes accommodates the variety of educational backgrounds that students come from.

In his concluding remarks, Dean of Columbia College James Valentini thanked the panelists and stated that the Core is more than just a curriculum.

“Thanks to each of you for speaking about how the Core has been much more than a curriculum, it really is a guide along the journey through Columbia College and through life,” said Valentini.