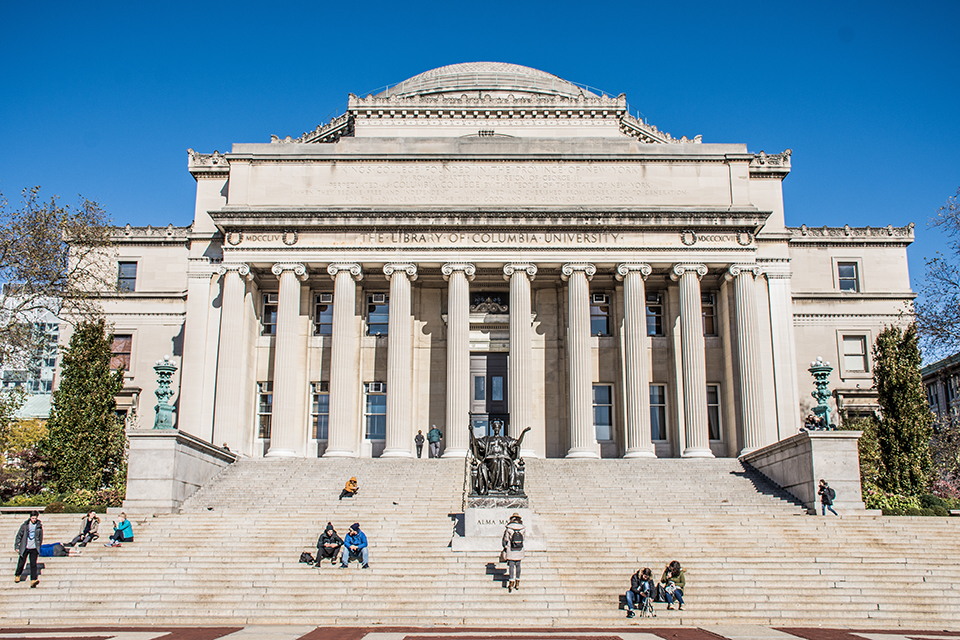 The MacArthur Fellows program awards recipients with a $625,000, no-strings-attached stipend, aimed to allow fellows to continue their innovative, creative, and significant work.

Four Columbia affiliates—three alumni and one professor—have been named 2019 MacArthur Fellows, informally known among scholars as the “genius” award and one of the greatest honors in the nation.

The MacArthur Fellows program awards recipients with a $625,000, no-strings-attached stipend, aimed to allow fellows to continue their innovative, creative, and significant work. Fellows are selected on three criteria—“exceptional creativity, promise for important future advances based on a track record of significant accomplishments, and potential for the Fellowship to facilitate subsequent creative work,” according to the foundation’s website—by anonymous nominators and an independent Selection Committee. Generally, between 20 and 30 fellows are selected annually.

Valeria Luiselli, GSAS ’15, is an inventive author of fiction and poetry, who writes in both Spanish and English. She grapples with questions of documentation, translation, and dislocation, drawing upon Latin American, American, and European literary traditions. Her 2013 novel, “La historia de mis dientes (The Story of My Teeth),” was created as a result of a commission from the art gallery of the Mexican juice corporation Grupo Jumex.

In 2017, her work, “Tell Me How It Ends: An Essay in Forty Questions,” explored the immigration intake questionnaire in the context of children facing deportation. “Lost Children Archive,” her most recent novel, published in 2019, is a fictionalized retelling of her family’s road trip from New York to the United States-Mexico border that is explored through materials like photographs, phone calls, and maps. Her books have been translated into more than twenty languages and her work has appeared in numerous publications, such as the New York Times, Letras Libres, the New Yorker, El País, and Harper’s Magazine.

Emmanuel Pratt, GSAPP ’03, is an urban planner and architect committed to designing resident-driven communities in areas that have suffered from the effects of divestment, which occurs when businesses stop investing in certain assets that are no longer considered profitable. He is the co-founder and executive director of Sweet Water Foundation, a non-profit organization based in the South Side of Chicago, that is aimed to engage residents in the regeneration of environmental, social, and economic resources.

In 2011, Pratt converted a former shoe warehouse into an aquaponics center with a classroom and design laboratory to engage local students in hands-on learning. Sweet Water Foundation also created the Perry Avenue Community Farm in 2014, built on the grounds of a former boys’ correctional school. This space includes several acres of gardens, a “Think-Do House” for cooking demonstrations and workshops, solar-powered art galleries, greenhouses, and the “Thought Barn,” a multipurpose area. The organization considers career training and apprenticeship programs for youth and unemployed community members to be integral to their operations.

Vanessa Ruta, postdoctoral researcher (2005–2010) and an associate research scientist (2010–2011), is a neuroscientist who explores the effects of sensory stimuli on behavioral responses. Recently, Ruta has discovered differences in the sensory processing pathways in male and female fruit fly brains, presenting the first structural understanding of an insect odorant receptor’s protein structure through the use of cryo-electron microscopy. Throughout her career, she has exposed how behavioral responses can change profoundly based on evolution or individual experience.

Her work has been published in several scientific journals including Cell, Nature, and Neuron.

Saidiya Hartman, a professor in the English and comparative literature department, is a literary scholar and cultural historian dedicated to exploring the afterlife of slavery in modern American life. A scholar of African-American literature, Hartman pays attention to the moments and details of history that are often overlooked in archives. Her first book, “Scenes of Subjection: Terror, Slavery, and Self-Making in Nineteenth-Century America,” which was published in 1997, follows continuities between the pre- and post-emancipation eras.

Hartman’s 2007 novel, “Lose Your Mother: A Journey Along the Atlantic Slave Route,” blends historiography and memoir as she reflects on her travels to Ghana and searches to better understand the experience of enslavement. Most recently, she published “Wayward Lives, Beautiful Experiments: Intimate Histories of Social Upheaval,” a book that enters the world of young black women who fled the South for northern cities at the beginning of the 20th century.

According to the MacArthur website, Hartman’s work defies traditional academic scholarship, as it challenges and explores the authority of historical archives, allows readers to intimately engage with history, and influences others in her field. Her articles have been featured in publications such as South Atlantic Quarterly, Brick, Small Axe, Callaloo, the New Yorker, and the Paris Review.