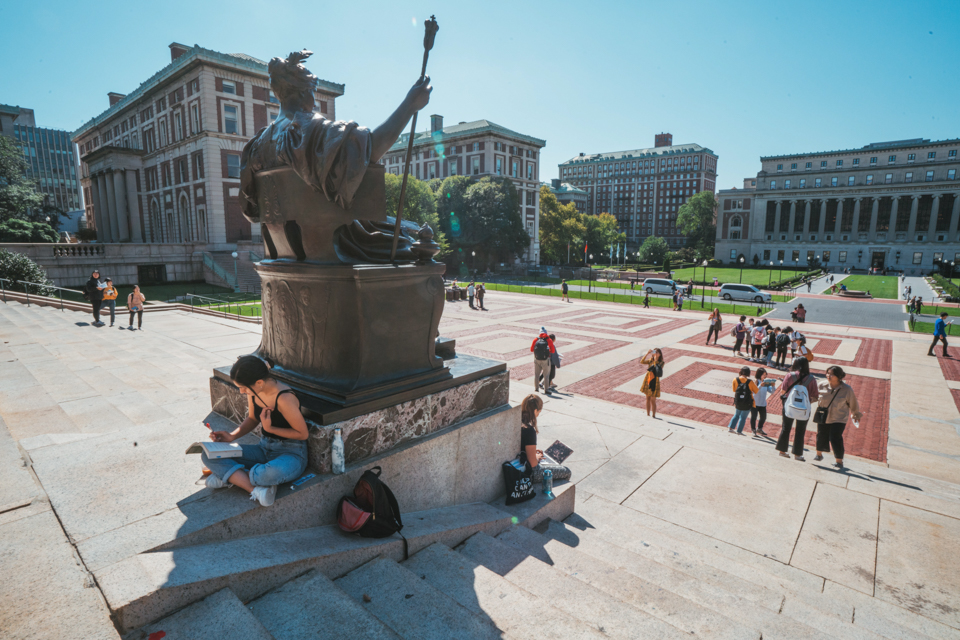 While administrators pointed to schools such as General Studies with higher populations of commuting students as evidence of the potential for the program to extend into the community, there is currently no data on the distribution of volunteers across schools.

Since August, over 300 students have been trained to administer the life-saving drug naloxone to counter the effects of opioid overdose as part of an initiative led by Columbia Health, the Mailman School of Public Health, and the School of General Studies. The team seeks to assess the confidence in participants to carry and administer naloxone, and consider opportunities and barriers for program nationwide expansion to other college campuses.

According to a statement from the University, naloxone training comes as part of objective 11 in the Columbia-JED Strategic Plan, which aims to ensure protocols and policies surrounding substance use to best support students. Since 2017, Columbia has partnered with the Jed Foundation to enhance students’ health and well-being by reforming Columbia’s mental health policies, as guided by 14 overarching objectives.

Employees of Columbia Health, Lerner Hall Operations, Residential Life, and Undergraduate Student Life are among those who have participated in the trainings thus far. Student participants include New Student Orientation Program leaders; resident advisers in Columbia College, the School of Engineering and Applied Science, and the School of General Studies; and GS Peer Advisors.

Columbia’s curriculum was created based on that of New York’s Opioid Overdose Prevention Program, in addition to feedback from focus groups of faculty and students that worked to evaluate the needs of the Columbia community. On a monthly basis, the University provides a report to the city with the amount of people that received the training, including demographic information about participants, excluding their name, and their count of naloxone administrations.

Funding for the program was provided by the Irving Institute’s Collaborative and Multidisciplinary Pilot Research Awards, which facilitates research from across the University for start-up projects that aim to tackle health issues at the cellular, individual, or community level. It is also registered with the New York State Office of Mental Health and Hygiene and the state’s Opioid Overdose Prevention Program, the latter of which provides naloxone kits to Columbia.

In an interview with Spectator, administrators in charge of the initiative acknowledged that opioid overdose is rare in higher education compared to the national average, but noted that the training could play an important role in community outreach, as trained volunteers will also be able to intervene if they witness an opioid overdose taking place outside of Columbia’s gates.

Students who have participated in the program, particularly Columbia College and SEAS undergraduate orientation leaders and resident advisers, are unlikely to interact with adult populations affected by the 1,444 overdose deaths in 2018 in New York City given that 94 percent of students live on campus.

“The data didn't drive the decision to do this. This was in conjunction with the faculty and students on the [focus] group. … We didn't have the data to back up that this should be a high priority item, just a sense there was a need, which is [why we’re going through] the process,” Director of Columbia Health Melanie Bernitz said.

While administrators pointed to schools such as General Studies with higher populations of commuting students as evidence of the potential for the program to extend into the community, there is currently no data on the distribution of volunteers across schools. The program did not specifically target commuting students, who make up 6 percent of all undergraduates.

While Public Safety and the Columbia University Emergency Medical Service had been trained to administer naloxone kits prior to the launch of the initiative, administrators added that they hoped to expand naloxone training throughout the community. At the end of the training, volunteers have the choice to receive a naloxone kit—only three people have elected not to receive a kit.

“We felt like there may be situations and spaces where substance use was taking place, and we really thought we would try [to equip] RAs in the dorms, and fraternities and sororities in different situations,” Dean of General Studies Lisa Rosen-Metsch said.

A Columbia College resident advisor, who was granted anonymity due to confidentiality agreements signed by RAs, said that the program was helpful in providing background on the medical effects of naloxone. In particular, they said they felt reassured by the notion that if they misidentify a victim and administer naloxone to someone who has not overdosed on opioids, the symptoms would not be more than a runny nose.

“I feel more or less prepared. It was only an hour and it was a lot of information, but I know how to administer it, and I know I can’t cause harm. I learned that it can’t hurt anybody, so if somebody’s passed out and unresponsive, and might have potentially been taking opioids, it won’t hurt,” the RA said.

Orientation leader Josh Tate, CC ’22, said he understands how the training could be an extension of the responsibility that OLs and RAs have to ensure the safety of the first-year community, though he expressed uncertainty on whether these volunteers would regularly interact with the community outside of Columbia.

“It makes sense that [OLs] would be interested in [naloxone training],” Tate said. “Whether they’re the people who are going to go out into the community and be willing to do this, I don't know, but I think it makes sense for it to be advertised to OLs and RAs. And of course if anything does happen on campus, we’re people they’d call—specifically the RAs.”

Because he often volunteers off campus, orientation leader Alex Cheng, CC ’22, noted that it is helpful to know he has the resources and knowledge to impact communities outside Columbia.

“I do some volunteer work which takes me into some areas where you would see a higher usage of potentially dangerous drugs and where you could see potential overdoses. … It’s valuable for me to be able to walk around the community knowing that if I did see someone completely passed out, that I could potentially save a life,” Cheng said.

Chris Thompson, GS ’20, VP of the Columbia Recovery Coalition and president of the General Studies Student Council, sat on one of eight focus groups convened to understand the needs of specific populations—including veterans, athletes, fraternities and societies, and resident advisors—in relation to perceptions of substance abuse. He noted that GS students in particular have the potential to reach communities outside Columbia.

“Once you're trained to carry naloxone, you’re trained to use it 24/7 wherever you are. It’s not just being used on campus with Columbia affiliates. There is a potential for there to be some significant impact in the community beyond Columbia,” Thompson said.

Bernitz emphasized that equipping students with naloxone is the answer to the larger question of tackling opioid addiction. Instead of being a direct response to student needs, the program is reflective of students’ desires to contribute to the global community around them, Bernitz said.

“It was not only about what we could do for our campus. It was an understanding that our students are global citizens and they really have a social justice approach to the work that they do on campus and off campus, so this for our students it's important that they are equipped and are part of the broader solution to the opioid crisis,” Bernitz said.