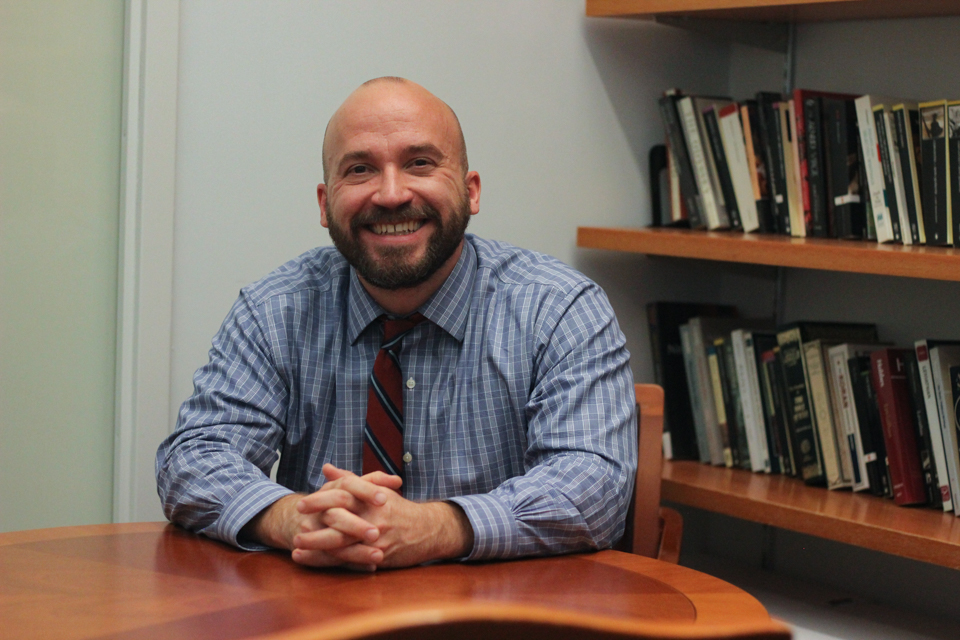 Larry Jackson, the new director of the Core who was hired in August, plans to engage more broadly with questions about the role of the curriculum in all aspects of academic life.

Larry Jackson, a former assistant provost at The New School, has been appointed associate dean of academic affairs, Core Curriculum, and undergraduate programs. Starting this year, the position—formerly known as the associate dean of academic affairs and director of the Core Curriculum—will increasingly focus on questions of how the Core is integrated into general academic life.

Jackson, who started the role in August and has also since been teaching Literature Humanities, arrives at Columbia following administrative positions at The New School, where he oversaw its liberal arts curriculum, and New York University, where he presided over global programming. He replaces Roosevelt Montás, who held the role for 10 years and will continue teaching as a senior lecturer in the department of English and comparative literature in the Center of American Studies.

His appointment comes at an important time for the Core, which, in its centennial anniversary, has seen significant changes in curriculum in recent months. Lit Hum saw the addition of a rotating text in September, while Art Humanities is under review for the first time since its creation in 1947.

Though the role will no longer include the title of “director of the Core Curriculum,” the responsibilities and mission of the position itself have not changed significantly, according to Jackson. It will, however, expand more broadly to consider questions about the role of the Core by engaging with committees responsible for other parts of academic life at the college, such as the committee on science instruction.

“We are very conscious of the way in which the Core relates to the rest of students’ academic experience here,” Jackson said in an interview with Spectator. “We regularly hear from students that their Core experience has an impact on the rest of their learning here, so we want to think strategically about the ways in which the Core is integrated into the larger academic life of students at the college.”

Currently, no formal progress regarding the expansion of the Core has been made beyond introductory conversations with relevant administrators.

The Core has historically faced scrutiny for its lack of diversity, with students arguing that its largely white syllabus perpetuates the exclusivity of the Western canon beyond the classroom. The debate most recently came to a head last December, when Julian von Abele, CC ’21, harrassed a group of predominantly black students with white supremacist rhetoric outside of Butler Library. In response, students attributed von Abele’s tirade to ideas of Western supremacy cited in Contemporary Civilization, while others responded that this was a misapplication of what the Core aims to teach.

Jackson emphasized the need to address these questions within the Core, particularly in light of national conversations and debates in the political climate.

“Universities and curriculum don’t exist in a vacuum, so we are always going to see that social and political debates are always going to be reflected in the conversations that we’re having on campus,” Jackson said. “It’s important that we are aware of what is happening beyond our campus and that we are thinking about the implications of those events ... for what’s happening here on campus.”

Regarding his own priorities, Jackson emphasized the need for more conversation around how faculty teach Core courses in light of conversations regarding diversity in curriculum. Each week, instructors for each course attend meetings to discuss upcoming texts; Jackson said that he hopes to continue working with chairs in the Core, in addition to the Center for Teaching and Learning, about how to provide more hands-on training to both graduate students and senior faculty.

“I’m still very early in my tenure so I don’t think that I have any very clear roadmap for what the highest priorities will be, but I will say that in general, we want to provide the best experience for our faculty and students,” he said.