After 36 years of absence, linguistics major set to return to Columbia

After 36 years of absence, linguistics major set to return to Columbia 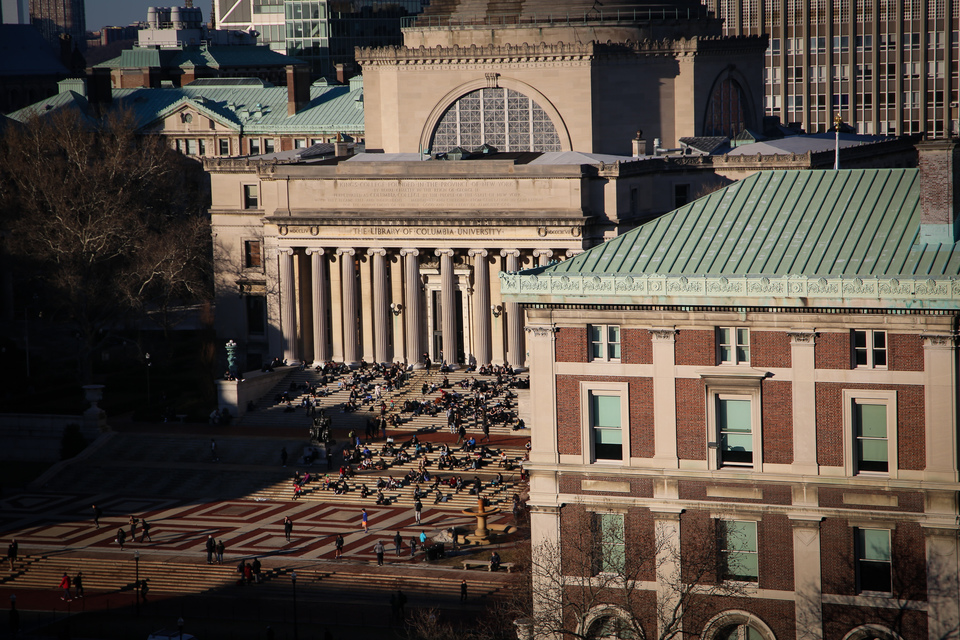 The major was approved by the New York State Department of Education on Tuesday, bringing back linguistics after decades of absence. The major requires a total of 34 credits, including a senior thesis.

For the first time in 36 years, Columbia will be offering a major in linguistics starting spring 2020 following a notice of approval by the New York State Department of Education sent late Tuesday night. The major will require 34 total points, including two required courses, a senior thesis, and one intermediate-level course in a foreign language.

Columbia and Princeton are the only two Ivy League schools that do not currently offer a linguistics major.

Linguistics was first approved as a major at Columbia in 1965, but faced decades of uncertainty due to budget shortages, the loss of prominent faculty, and internal disunity. The biggest setbacks occurred in 1972, when a financial crisis led Columbia to significantly reduce the department’s funding, spurring three prominent faculty members to depart for other universities in protest.

In 1983, the major was discontinued due to a lack of resources and faculty, and in 1989, Columbia’s department was disbanded entirely due to “internal disunity”—meaning that no tenured faculty could be hired for the subject.

“Our right hand was cut off in 1972, and now in 1989 they say we can’t play piano with only our left hand,” linguistics professor Robert Austerlitz said in response to the decision at the time.

With the approval of a special concentration in linguistics in 2006, the program seemed on its way to rebuilding. A year later, lecturer of Slavic Languages Alan Timberlake, who is the current head of Columbia’s linguistics program, petitioned the University to allow for a general major in linguistics. However, the proposal was ultimately rejected, as the administration was doubtful of the program’s sustainability.

Since then, students hoping to study linguistics have needed to explore alternative options by applying as an independent major. The application required significant paperwork and approval from faculty, which led to difficulties creating a regular course schedule for students and a lack of awareness about the subject on campus. Despite limited resources, the popularity of the linguistics program has continued to grow since 2006; this fall, there are there are about 150 students in the Introduction to Linguistics course.

However, in spring 2018, the independent major option was also taken away, without prior notice to students who had already been on the path of pursuing the option. Losing the independent major option derailed any plans of majoring in linguistics for some, forcing students such as Neeraj Ramachandran, CC ’20, to take it as a special concentration instead, which requires a major or second concentration in order to graduate.

“I found out about a week before I declared that the [independent major] process that had been happening until then for declaring majors had been suspended,” Ramachandran said. “I was really frustrated, for sure; panicked because linguistics is only a special concentration, so I’d have to find another area of study.”

In fall 2018, Introduction to Linguistics professor John McWhorter submitted a proposal for the creation of a linguistics major to Columbia’s Committee on Instruction, a joint Columbia College and School of General Studies committee that approves all new majors, courses, and academic programs. Once accepted at the University level in the spring, it was sent to the New York State Department of Education, the organization tasked with approving new programs and majors that universities aim to offer, which quickly approved the proposal.

“Some of you may have heard assorted street rumors about Columbia’s linguistics major being permanent roadkill. It never was, and today New York State approved our major,” McWhorter wrote in an email to linguistics students on Tuesday.

Austin Dean, CC ’20 and a teaching assistant for Introduction to Linguistics, was excited to hear the news, having already finished the linguistics major requirements in the hopes that it would be approved before he graduated.

“This is obviously a huge relief for me. I never thought this day was going to happen, because when they told me they submitted it to the state in the springtime, they said it could take up to a year to get it approved,” Dean said. “Now, things are really looking good.”

Liam Archbold, GS ’20 and also a teaching assistant for the intro class, had previously declared his major with the human rights department, but took a gamble like Dean’s by completing the linguistics major requirements before its official approval.

According to Archbold, having a linguistics major bolsters his credentials when interacting with professionals, such as language consultants, for advice on his thesis.

“For me, to be able to say that I am a linguistics major—I am good at this, this is what I do—adds a certain validity to the work that I do,” Archbold said. “It really helps me connect to the people that I’m working with.”

Staff writer Teddy Ajluni can be contacted at teddy.ajluni@columbiaspectator.com.