For neuroscience majors at Barnard, the creation of a new department means more courses and better resources

For neuroscience majors at Barnard, the creation of a new department means more courses and better resources 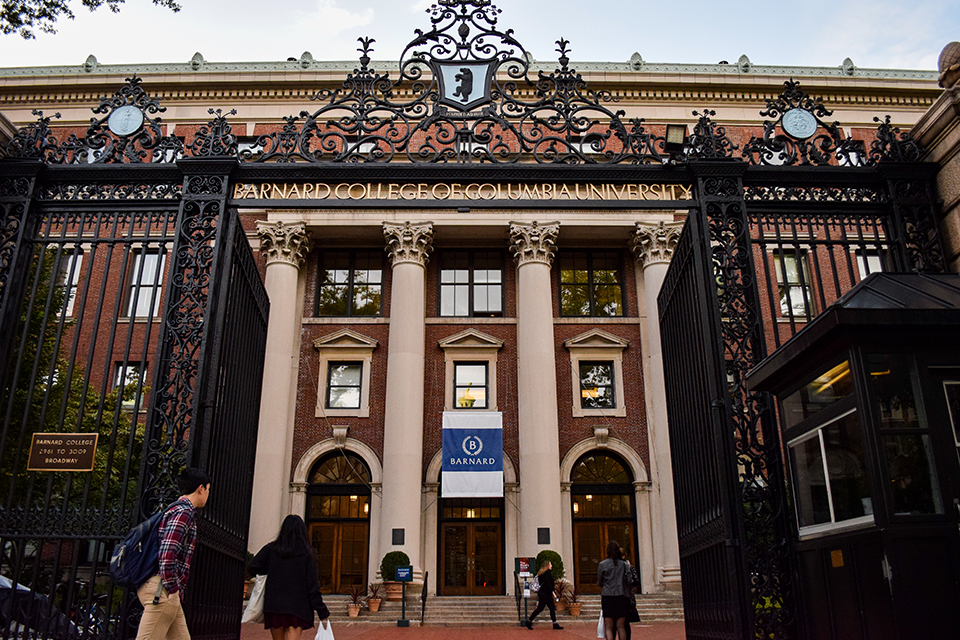 Barnard joined a small group of colleges and universities with undergraduate neuroscience departments.

After Magdalen Kwarteng, BC ’20, declared a neuroscience major in her sophomore year, she quickly noticed that the major, as part of a program rather than a department, lacked a central administrative structure and did little to foster a sense of community.

Along with a group of professors, Kwarteng and other neuroscience majors pushed for the creation of a department, which would allow for dedicated faculty, an administrative coordinator, and increased funding. Their efforts were rewarded last July, when Barnard became one of the few colleges in the country to offer an undergraduate neuroscience department, joining peer institutions including Pomona College and Wellesley College.

“[Before] it felt like you were split between two different departments that might not talk to each other, and finding answers to questions could be pretty difficult,” Kwarteng said. “Having a dedicated department really helps streamline the major, and I’m excited that future majors will have access to [more] classes and be able to explore new aspects of neuroscience.”

“Neuroscience didn’t exist as an independent field 20 years ago. People came from bio, psych, chem and [later] focused their attention on neuroscience, and part of the inertia is that you need a foundation in many different fields of science,” said Peter Balsam, a professor of neuroscience who taught in the psychology department at Barnard for more than 40 years. “In a lot of places, it’s easier to build really strong foundations in the basic sciences [at the undergraduate level] and then do neuroscience in grad school.”

Over the past three years, however, Barnard students and faculty increasingly began to feel that the program was no longer sufficient to meet the needs of students and initiated a review of the program through assessments and student questionnaires. Last fall, an external review committee consisting of faculty from Harvard University, Wellesley College, Wesleyan University, and Brown University evaluated the neuroscience program at Barnard and recommended hiring new faculty to create a formal department.

After working with President Sian Beilock and Provost Linda Bell to structure and fund the department over the course of last year, the new department formally opened at the beginning of the fall 2019 semester, and has already hired its first new professor and begun to expand its course offerings. The major now has three tracks—molecular/cellular, behavioral, and cognitive—and the department consists of four professors solely working in the neuroscience department, and a fifth who will split her time between neuroscience and biology.

Faculty and students said that the creation of the department speaks to a broader shift at Barnard towards supporting the science, technology, engineering, and mathematics students on campus. Beilock, a cognitive scientist by training, has made improving STEM resources one of the major goals of her presidency.

“We now have a really nice major set up, and I’m hoping that we’ll be able to create more opportunities for our students to do good research,” said Rae Silver, who came to the neuroscience department from the psychology department and is now the chair. “It’s widely stated that neuroscience and understanding the brain is the current frontier, and there’s tremendous interest in it by many different disciplines. It’s good for Barnard to be at the leading edge.”

The department plans to offer its first-ever Introduction to Neuroscience course in the spring, which will provide first-year students with a foundation for more advanced courses in the field. The course will be taught by Maria de la Paz Fernandez, who is also the department’s first new hire. She has a post doctorate from Harvard Medical School, and her role at Barnard marks her first position as a professor.

Fernandez said that she is particularly excited to mentor female students at Barnard and Columbia. In addition to teaching classes, she is the head of the Behavioral Neurobiology Laboratory, which will be open to students. Her research focuses on the biological foundations of sexual behavior and the circadian rhythm.

“It’s clear to everyone that we need more women in STEM. It’s important to expose more young women to neuroscience research and give them the opportunity to work in a lab early in their careers and have the experience of what it is to do science,” she said.

Students said that the creation of the new department places a greater spotlight on the importance of women to the field.

“By making [the neuroscience program] a department, it’s making it present that women are doing neuroscience and are doing research in labs, and our contribution to science isn’t something that should be hidden,” Kwarteng said.