CCSC introduces the creation of Identity and Diversity Task Force

CCSC introduces the creation of Identity and Diversity Task Force 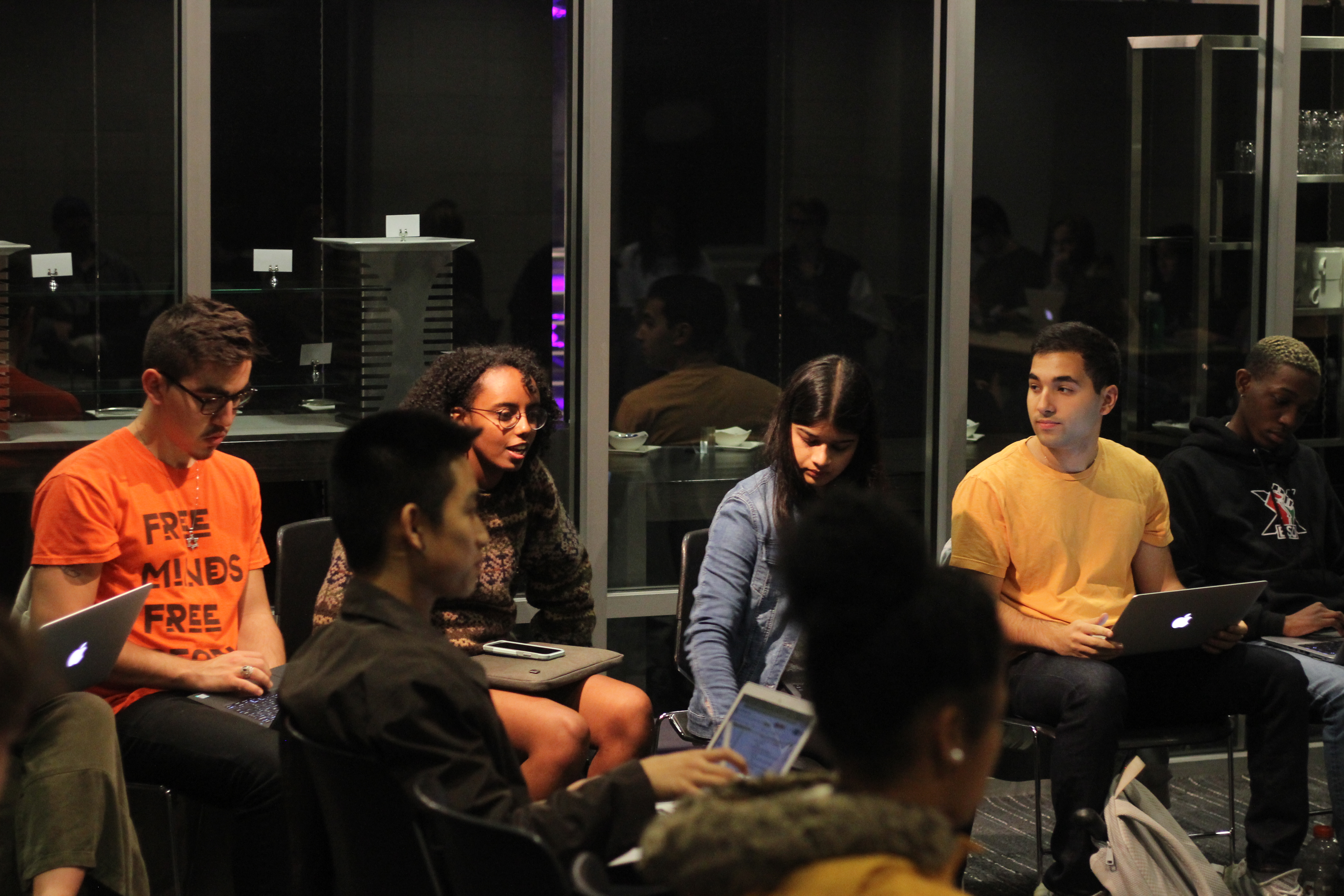 At the council meeting, members discussed the fact that without a formal structure, addressing bias-related incidents on campus can be difficult for individual and isolated representatives.

In an effort to support student groups focused on issues faced by marginalized groups, the Columbia College Student Council announced the introduction of the Identity and Diversity Task Force dedicated to discussing and strategizing on identity-based issues on campus at its weekly meeting this Sunday evening.

Last year, a series of bias-related incidents at Columbia—including a student’s racist tirade in front of Butler library and a graffitied Swastika in a professor’s office—received national attention, garnering broad criticism of resources for marginalized students on campus and the ambiguity surrounding the disciplinary process for responsible students.

In light of these concerns, the Office of University Life recently updated its website with information regarding the Columbia College and Columbia Engineering Bias Response Team, a group of administrators tasked with assisting individuals in the reporting process, as well as providing educational opportunities for the community at large to prevent future incidents of bias. The office’s restorative approach does not enforce discipline in response to bias incidents, instead referring students to resources available through the Department of Public Safety, Office of Equal Opportunity, or the Office of Student Conduct and Community Standards.

Currently, CCSC partners with the University’s Mental Health Task Force, created in response to student concerns over aspects of the lack of clarity and support provided by Columbia’s leave of absence policy. The proposal for the new ID Task Force aims to mimic the MHTF in serving as a conduit between students and administrators. The new group will consist of five at-large CCSC members—the gender and sexuality, first generation and financial security, international students, disability services, and race and ethnicity representatives—to serve as standing representatives.

At the council meeting, members discussed the fact that without a formal structure, addressing bias-related incidents on campus can be difficult for individual and isolated representatives. For Kwolanne Felix, CC ’22, the gender and sexuality representative and presenter of the task force proposal, the idea of taking on student concerns herself posed a daunting task.

“It can be overwhelming because you have to choose your battles. ... I don’t necessarily know how much energy I have to pursue one particular idea,” Felix said, citing the fact that at-large representatives typically carry out their projects with limited opportunity to convene or collaborate with others.

Following the incident last December during which a group of primarily black underclassmen were harassed outside of Butler Library by Julian von Abele, CC ’21, shouting about the superiority of white, European culture, Felix established No Space for Hate, a student-led group that pursues policy change and peer support to accommodate students affected by hate incidents.

Citing collaboration as a major reason for her previous success with policy work, Felix explained that she hopes to build this same supportive network among CCSC representatives through the ID Task Force.

“What institutions exist to address this problem, who do I get in contact with and also how do I bridge the gap between actual students who are engaged in this advocacy work and the administrative bodies who literally implement the change?” she asked, emphasizing that there are no structures that clearly facilitate this interaction between students and administrators.

Felix fielded questions from other CCSC members who questioned the efficacy of a separate task force, citing the presence of council-wide policy meetings as a potential space to address concerns.

Jaime Gonzalez, CC ’21, noted that “all of the at-large reps are on the policy committee to begin with and there are class reps,” ultimately asking why the task force’s mission couldn’t be achieved in committee-wide meetings as opposed to scheduling more required meetings for task force members.

Danielle Resheff, CC ’20, a University Senator who has served on the Mental Health Task Force, related the creation of this new task force by commenting that “it’s such a complex idea, it’s something that we can’t just solve at a G-body meeting.”

In response, Felix said that the specifics of the group were still under development, but emphasized the need to build an intimate and regular space in which the needs and issues facing identity-based student groups would be centralized.

“The institution itself has blindspots, I think that’s the way that a lot of us do our work. It’s the fact that like ‘Okay, the University just doesn’t see us in this way.’”

In light of these concerns, Felix added that the task force can also provide student groups with guidance to navigate the administrative and bureaucratic aspects of enacting change.