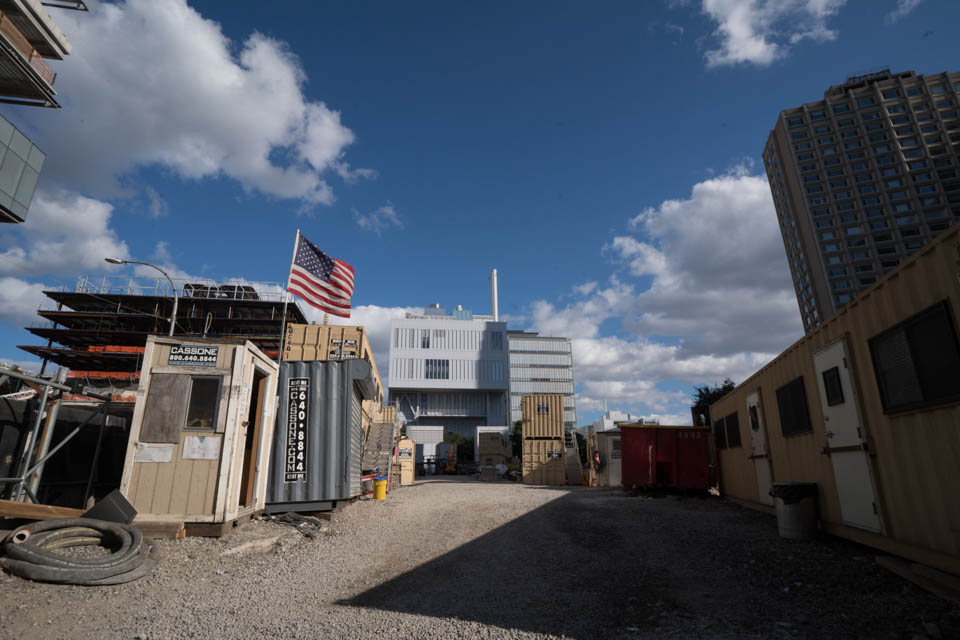 Amidst the proposal of the initial plans for Manhattanville in 2002, the Campus Planning Task Force emerged in the University Senate as a means to provide faculty and students an opportunity to directly participate in the planning process of the new campus.

As the largest expansion Columbia has seen in half a century, the Manhattanville campus is poised to create hundreds of square feet of space for academic inquiry, events, and student recreation. But in the face of the ever-growing opportunities to provide input on groundbreaking developments, the University Senate’s Campus Planning and Physical Development Committee—the only body charged with bringing student, faculty, and staff perspectives to the forefront of Columbia’s mission to shape its campus—has struggled to execute its mission.

A multibillion dollar project pioneered by University President Lee Bollinger starting in the early 2000s, the Manhattanville expansion is touted as Columbia’s way to maintain its world-class educational status while addressing perennial space issues on the Morningside campus given the unique constraints of a crowded city.

Amidst the proposal of the initial plans for Manhattanville in 2002, the Campus Planning Task Force emerged in the University Senate as a means to provide faculty and students an opportunity to directly participate in the planning process of the new campus. And in 2010, out of recommendations from the CPTF, the Campus Planning and Physical Development Committee of the Senate first formed to directly expand Senate oversight over Manhattanville development—a response to concerns that the task force needed more opportunities to consult directly with administrators.

That year, the CPFT also released a 36-page report regarding Columbia’s ongoing academic and physical planning with regard to the Manhattanville expansion. Citing a need for improved means of communication, the report proposed a governance structure for the Senate committee, which included the establishment of affinity groups uniting faculty, students, and administrators “with common interests to assist with planning for Manhattanville” and subsequent open spaces on other campuses; the establishment of a “blue-ribbon” commission of faculty, trustees, students, alumni, staff, and experts to evaluate schools’ proposals on space; and the creation of a process to submit proposals regarding any plans for building usage.

Following the release of the report in 2010, the CPPD released multiple reports on campus and Manhattanville updates, with a 2015 report commenting on the perceived efficacy of the committee. But since then, according to the chair of the CPPD and Business School professor John Donaldson, a structured review and referral process to make recommendations regarding space development has been virtually nonexistent during his four-year tenure on the committee, despite the fact that three of the 15 spots in the committee are occupied by administrators— including one by a high-level Facilities and Operations administrator—and despite the rapid rate at which development is occurring up at Broadway and 125th Street.

The recommendations made in the 2010 report have not been adopted, and there currently exists no subcommittees, affinity groups, or “blue-ribbon commissions” as subsets of the CPPD.

In light of the committee’s current state, members describe that most decisions come to the committee at the tail end of the development process, so late that often expenditures are just signed off on and not put through the process of review and commentary at all. Further, given that projects reach the desks of committee members at the end of the timeline, soliciting feedback from other senate committees or senators’ constituencies becomes nearly impossible.

“Although the title of the Committee emphasizes ‘planning,’ it has historically received reports of campus building and facilities projects after they have already been implemented, without the Committee having had the opportunity to offer its collective wisdom in advance,” the CPPD wrote in the opening sentence of its 2017-18 annual report. “Accordingly, the Committee has been attempting to prepare ourselves to adopt a more proactive role.”

At last month’s senate plenary, representatives from the CPPD voiced concerns regarding this very disconnect between senate committees and administration, pointing to a lack of clarity over how spaces in Manhattanville will be allocated. In particular, they cited the development of the recently-closed McDonald’s on 125th Street into a possible hotel without consultation of faculty or students.

“As you have probably noticed from reading the Spectator, there are not enough classrooms to convert, there is not enough medical space for postdocs and associate scientists, etc., etc. But, we are building a hotel,” Donaldson said during his presentation at the meeting.

The CPPD was notified of the decision to create the hotel in February 2019. But according to Donaldson, it was too late to solicit feedback from constituents, and the committee merely provided a rubber stamp to the resolution for the $26 million project before it went before the Board of Trustees for final approval.

In September of this year, administrators celebrated the opening of the new Business School on the Manhattanville campus. According to Donaldson, initial plans for the first floor of the newly constructed building were designated to be leased to a retail store—a decision which was made without the knowledge or consent of the committee.

After finding out about the planned allocation of the space, committee members retroactively advocated for the first floor to instead be a study space—in light of an increasing space crunch on Morningside, students have pointed to a lack of study and library spaces on campus. Donaldson stated that the University is now committed to a new library and study space on the first floor instead.

For members of the committee, these instances mark just a few examples that form a long history of back and forth in which the CPPD has attempted to reassert its importance in prioritizing development initiatives uptown while advocating the upkeep of current campuses. The 2017-18 report outlines a number of priorities regarding the Morningside Campus, including the inadequacy of Columbia’s classroom spaces, the need for a new campus healthcare center, and the aspiration to tie Columbia’s campuses together cohesively amid efforts to expand.

But according to Donaldson, it proves harder to act on any of these priorities if both he and the committee face difficulty in identifying which administrative body to contact in order to vocalize those priorities.

“At the moment, I would say broadly speaking, we don’t know who makes the decisions, when they are made, who proposes things,” Donaldson said.

Though the committee does have the opportunity to approve capital expenditures and contains administrative voices, committee member and professor of biochemical engineering Andreas Hielscher noted that the timing of conversations could be more conducive to affording the committee.

“My feeling was that the committee was involved in [that planning], but there is a degree where people want to get involved earlier and have more of a say in this,” Hielscher said.

Committee co-Chair Julie Yoshimach added that without earlier involvement of the committee, it is difficult for representatives to further integrate students, faculty, and staff in how the committee considers the University’s development. Donaldson similarly described that his ideal version of CPPD would be crowdsourcing concerns among faculty and students regarding space issues and what should take priority for being built and allocated—the original intent of all Senate committees across the board.

“I think there’s not a strong systematic process that I can describe at the moment,” Yoshimachi said. “Right now it’s more the committee going to the administration and getting an update and periodically getting summaries of big projects.”

For Hielscher, being a representative on the committee has proven especially helpful in the serving and facilitating the spread of information for other Engineering School faculty when he is able to hear and bring their concerns to the table.

“I think getting to know about these things, I can go back to the faculty here and I know what their needs are, and so I can talk to them and put that into perspective of how it fits into the larger University,” Hielscher said.

Yoshimachi, who has been on the committee for the past two years, stated the role of the CPPD is particularly important in adding a voice that aids communication between administrators, faculty, and students in order to work together in establishing the development priorities of the University. She noted that there could be more opportunities for administrators to be involved in conversations; James Wang, Vice President for Finance and Administration at Columbia University Facilities and Operations, sits on the committee, and Executive Vice President for University Facilities and Operations David Greenberg will be attending the next committee meeting in November.

But for Donaldson, the committee in its current form—without better channels of communication between constituents and administrators—is an inexecution of its fundamental mission.

“The whole idea of asking administration, in a very small way, to be held accountable for their decisions, and have a body to vet their decisions before they are set in stone—this would be a huge advance in University governance,” Donaldson said.