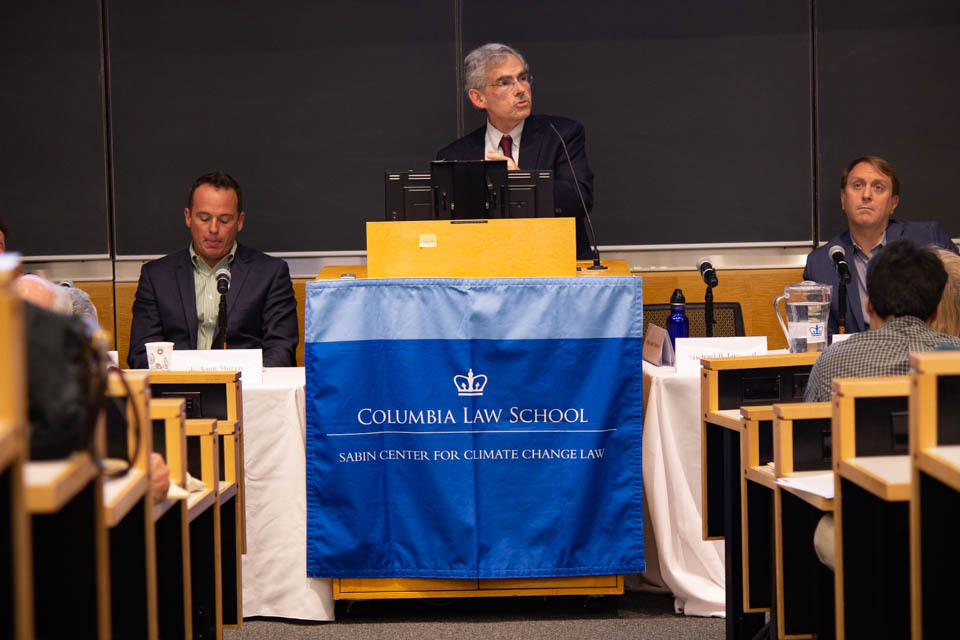 At a panel discussion held at Columbia Law School on Wednesday night, industry experts spoke about how to achieve the ambitious benchmarks set by the state’s newest legislation on carbon neutrality.

With aims to reach zero emissions by 2050, the CLCPA has set strict benchmarks for the state to uphold.

“The CLCPA is the nation’s most aggressive example of the bold action that is needed,” Julie Tighe, president of New York League of Conservation Voters, said. “This law can help ensure that communities that need resources can get them. The opportunities are enormous, but much work remains to ensure this law is implemented effectively.”

Once the legislation is enacted, the state will create a Climate Action Council composed of 22 members—12 of whom will be state agency heads. The council will work with a climate justice working group to draft a scoping plan and the New York State Department of Environmental Conservation to issue binding regulations.

People who do not comply with act by 2024 will incur penalties regulated to up to $6 per square foot from the state, Craig Schwitter, a Columbia Graduate School of Architecture, Planning and Preservation professor, said. Additionally, under the legislation, individual citizens can also take legal action when the act is not followed, according to Columbia environmental law professor Michael Gerrard.

In 2018, only 29 percent of the state’s energy consumption came from renewable energy, he added. The majority came from fossil fuels and nuclear power.

Panelists also discussed challenges that remain in implementing the legislation. According to Gerrard, New York’s gradual phaseout of gasoline and nuclear power will place more demand on electric power, which will require the costly process of upgrading battery storage and renewable technology throughout the state.

To address these stipulations, panelists said collaboration with the community and major restructuring of the transportation and power sectors will be necessary in implementing the act.

“The transformation that has to take place in the power sector is going to be the engine by which we achieve all the other reductions in the economy,” said Jackson Morris, a panelist and representative from the environmental advocacy group the Natural Resource Defense Council.

Panelist Jessica Ottney Mahar, a representative from the Nature Conservancy, said the bulk of the implementation work will deal with appealing to residents to take part in energy conservation. The panelist added that the Climate Action Committee should include residents from committees who are directly impacted by climate change.

“At the end of the day, communities are going to have to say yes,” Ottney Mahar said. “Land use decisions are made at the local level, so we’re thinking about how to do that.”

Additionally, Kate Slevin, senior vice president of Regional Plan Association, an organization which aims to strengthen environmental resiliency, suggested a tax on vehicles entering Manhattan and a tax based on miles travelled as opposed to gas in order to disincentivize privately owned cars.

When asked about the cost of implementing the CLCPA, Morris said the cost will be substantial but necessary.

“Staying business as usual is not sustainable, and it’s not free,” he said.