“Should We Tolerate the Intolerant?”: a debate on the permissions and restrictions of free speech

“Should We Tolerate the Intolerant?”: a debate on the permissions and restrictions of free speech 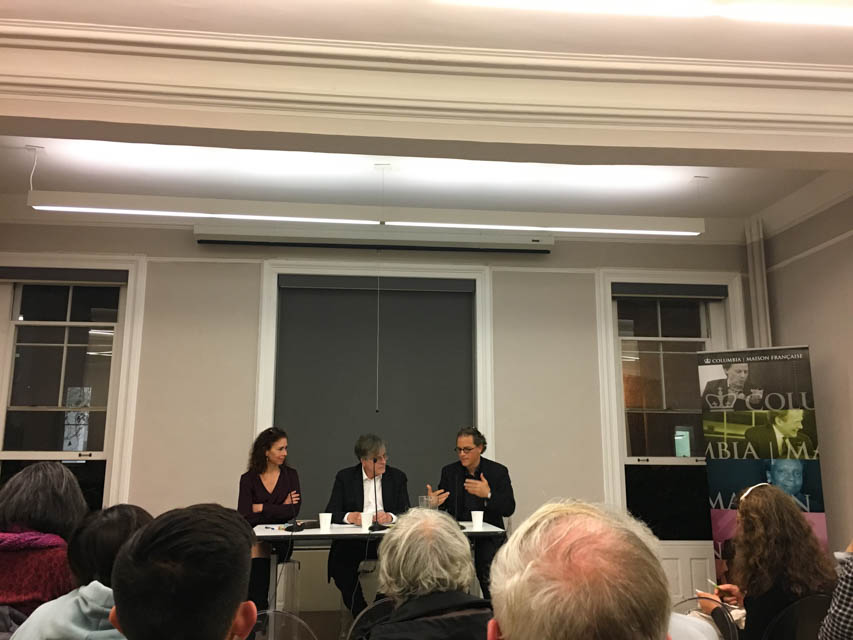 The Columbia Maison Française hosted dozens of audience members for a debate on navigating the limitations of tolerance and intolerance in an increasingly divided social landscape on Thursday evening.

“Should We Tolerate the Intolerant?” was a debate between Denis Lacorne and Bernard Harcourt, moderated by Sheri Berman, centered around today’s increasingly divided political landscape and ambiguous definitions of tolerance and intolerance. It was co-sponsored by the Alliance Program; Columbia University Press; the European Institute; the Columbia Center for Contemporary Critical Thought; and the Institute for Religion, Culture, and Public Life.

Berman initiated the conversation by gauging the panelists’ definitions of tolerance and intolerance, two terms that would remain central and contested throughout the conversation. Lacorne drew on historical context and defined tolerance in terms of constitutional and natural rights that were introduced by the end of the 18th century.

Harcourt challenged the notion of non-restricted tolerance by claiming that speech can never be completely free, citing Columbia as a site of restricted speech.

“For instance, on a campus like Columbia, there isn’t anything like free speech; it’s not free. There are always attachments: It’s funded by an organization that receives money from the University or another organization. It costs money to bring in speakers, etc. And all of that is regulated, where you get space to have your speech, etc.,” Harcourt said.

The theme of societal regulations of speech permeated much of the remainder of their conversation, with Lacorne noting, “[There’s] nothing rigid about [what speech is allowed], and norms of behavior are also changing all the time.”

When Berman urged the panelists to name the specific conditions under which something would be deemed intolerable in today’s society, Harcourt highlighted current impacts and ramifications of the past and said people should address the issues of today with an understanding of the histories of oppression that precede.

“What we should do is try to address historical legacies of oppression. In other words, that today, we live in a time that is the product of a series of oppressive relations. ... Those legacies continue, we live with them,” Harcourt said.

In response to an audience member’s question regarding whose responsibility it is to define and combat intolerance, Harcourt stated, “It is an exercise for civil society, for us, to not be tolerant toward intolerable conditions of exploitation, of inequality.”