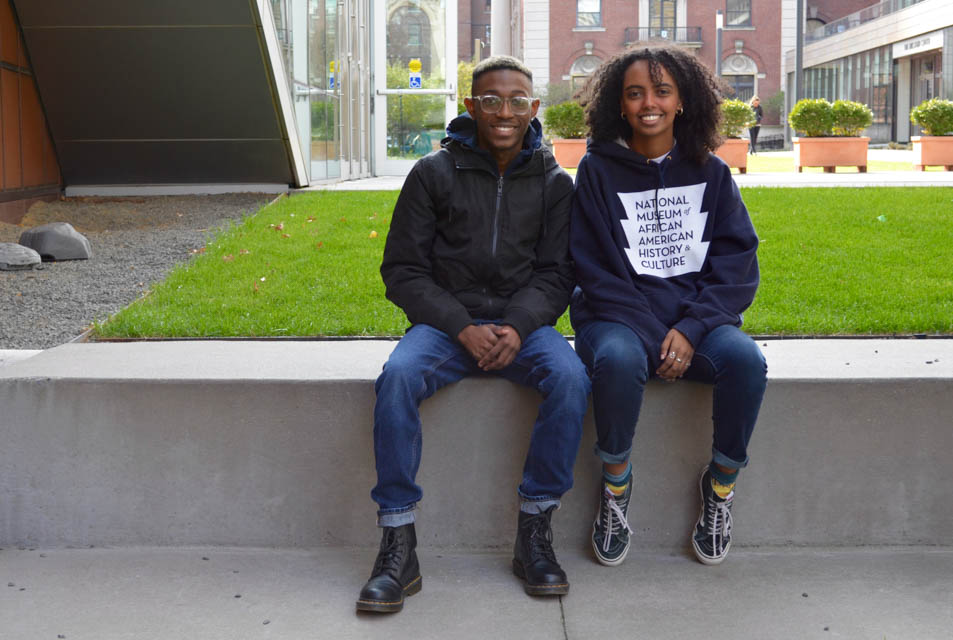 The duo intends to consolidate research to present to the University Senate, a body that includes administrators, students, and faculty and retains the power to implement and change policies on issues including the budget and Manhattanville development.

Student organization Mobilize African Diaspora sought to hold the University accountable for its relationship with West Harlem by conducting research on the Columbia community commitment—but its initiative came to a halt when the club dissolved last year.

Unwilling to see the initiative stop, two students decided to pick up where MAD left off in an attempt to increase student awareness of Columbia's commitment with its neighboring community, especially as the Manhattanville expansion continues north of 120th Street and Broadway. The duo intends to consolidate research to present to the University Senate, a body that includes administrators, students, and faculty and retains the power to implement and change policies on issues including the budget and Manhattanville development.

Heven Haile, CC ’21, and Colby King, CC ’22, both sit on the Columbia College Student Council and the Black Students’ Organization. This year, the duo continued MAD’s research into Columbia’s relationship with West Harlem, specifically looking into the University’s $150 million Community Benefits Agreement with the community as part of its Manhattanville expansion.

Haile and King’s initiative is focused on tracking the CBA andthe University’s execution of its agreement, understanding the needs of the community, and compiling a report by the end of this year to present to the senate. The two have one overarching goal: to ensure the University is transparent about its interactions with West Harlem.

“Even now, Columbia is still buying up land throughout West Harlem,” King said. “These problems still exist and we want to hold Columbia accountable for their actions.”

[Related: Stacking up: Where do Columbia's contributions to the community rank among its Ivy peers?]

The CBA was signed in 2009 by University President Lee Bollinger as a means of ameliorating ties between the University and the community for the anticipated Manhattanville expansion, which would extend campus further into West Harlem.

The multifaceted agreement lists a number of services and funding to the community in order to increase affordable housing, access to health, workforce development, and employment.

Haile and King’s initiative is not specific to any University organization and includes members from CCSC, BSO, and the Housing Equity Project to help conduct research. Both said they intend on monitoring the effectiveness of these services and how they can be improved.

Despite the breadth of the CBA’s reach, many of these initiatives have not met their intended goal. Due to a lack of available space and high rent on buildings, the West Harlem Development Corporation, which was created to oversee $96 million of the CBA, has struggled to spend money from the affordable housing fund. WHDC has also claimed that the annual disbursement of the Benefits Fund, which is a portion of the CBA allocated to nonprofits that tackle education and employment issues, has hindered the organization from making long-term investment plans.

Additionally, while Columbia’s promise to include minority, women, and local construction workers surpassed the targets set forth in the CBA as of 2018, local workers accounted for only 8% of the total work hours.

Haile and King have begun combing through the 50 pages of the CBA, a document they said they hope to make accessible to students despite the legal jargon.

“We need to figure out what we can tackle,” Haile said. “The thing about the CBA is that it’s so decentralized. There are different departments for each section, so we have to do research on each section to find out if Columbia is doing what it says it’s doing.”

Haile emphasized that her main concern is that residents are unaware of many of the benefits provided by the CBA. King said the services outlined in the CBA are promising, but often fall short of expectations, citing the lack of publicity for health services.

“There are a lot of policies that require people to do certain things before they are eligible for the service,” King said. “[The policies] make the promises inaccessible for many community members.”

King said he hopes to get in touch with more residents and community members impacted by the University’s expansion.

“We’re not West Harlem residents,” he said. “We don’t want to speak for anyone who is impacted by these initiatives; we just want to amplify their voices.”

Correction: An earlier version of this article incorrectly stated that Columbia had not yet reached the benchmark set forth in the CBA to include minority, women, and local construction workers on Manhattanville construction projects; in fact, as of 2018, the University has surpassed its hiring targets for M/W/L workers.