At LionBase, students get paid to do ‘real-world’ data science

At LionBase, students get paid to do ‘real-world’ data science 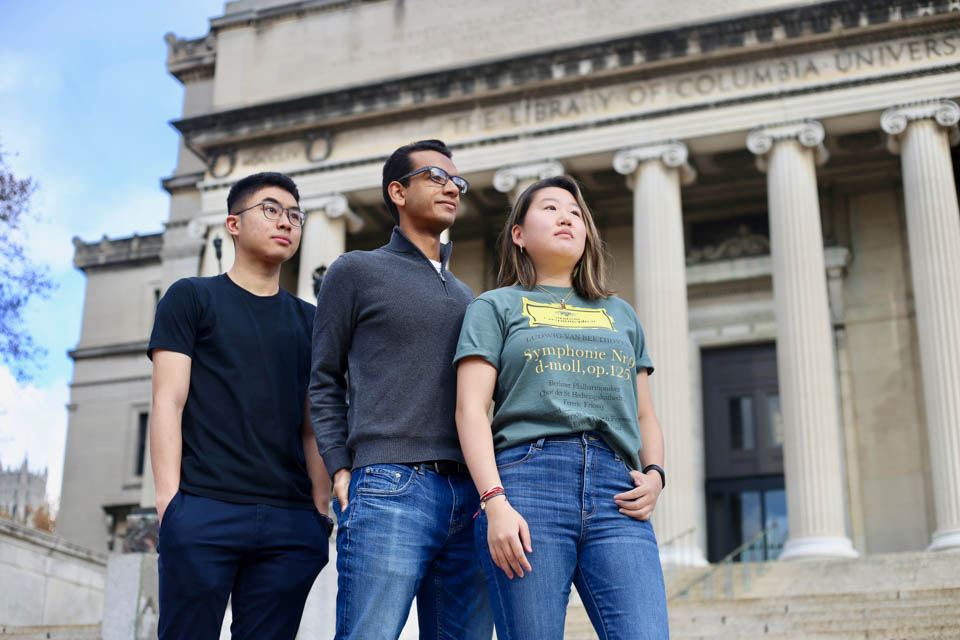 LionBase is celebrating its first anniversary. What started as a ragtag team of freelancing students has now evolved to a startup that strives for both professionalism and community.

LionBase, a data solutions startup, started as the brainchild of Kevin Le, SEAS ’20, and friends two years ago, when they felt compelled to share their experiences doing freelance, data-driven development work in the city. Today, as the organization celebrates its first anniversary, the startup has over 30 members across eight different projects involving data science and solutions, as well as three advisors.

Amid an increasingly saturated startup field, populated by experts and professionals with years of experience, one of LionBase’s greatest assets is that it is run by students.

“We should not shy away from the fact that we are students. … We frame our entire organization around the fact that the employees are students and that's why companies should work with us," Morgan Kang, CC ’20 and a member of LionBase’s executive team, said.

According to the executive team—made up of Le, Kang, and Andrew Rodriguez, CC ’20—LionBase is an attractive startup to companies precisely because its staffers follow recent changes in the data industry, through both classes and research. Students involved in LionBase can choose to work on projects—each of which are assigned to a group of members—that the startup has been hired to tackle.

One such project resulted in the creation of a platform to identify anomalies in the data from music royalty and licenses, ensuring better protection of songwriters and their content in the music industry. Sian Lee Kitt, SEAS ’21 and a startup member who worked on the project, said she appreciated the chance to gain knowledge about an industry she would not have otherwise had.

“There was this dynamic where you're a 19-, 20-year-old kid and this company is like, asking for a lot, giving you heavy demands and you're like, ‘Oh no, we can't do them,’” she said. “We need to plan out things that we earlier said we would do.”

Last year, LionBase officially registered as an LLC, a structure which allows the company’s owners not to be personally liable for its assets or debts. The startup is neither recognized by nor affiliated with Columbia. LionBase strives to maintain the professionalism of a startup through its work with companies in the city, while offering members a genuine community on campus through bonding events and opportunities for community engagement.

For Le, starting the company allowed him to find a space at Columbia where students interested in data science can receive opportunities to work with companies and solve “real-world” problems while getting paid.

"it was really important that we could limit and reduce opportunity cost from doing this kind of work, so that everyone can have the full level of growth if they wanted to do these types of engagement,” he said.

Though LionBase operates independently from Columbia, a challenge many members faced in its first year was the tension between its identity as a startup and a student organization—between a group that wanted to ground itself in its professional work and one that wanted to remain close to the Columbia community.

To remedy the challenge of having this dual nature, LionBase split into two entities at the start of the fall semester. The Columbia Data Product Initiative (DPI) became an independent organization, with a focus on being a “student tech incubator,” according to Le. The two organizations offer different experiences; in DPI, students develop their own projects and can workshop one another’s, and in LionBase, companies approach students with a project.

Regardless, Rodriguez stressed the shared values between LionBase and DPI: building community and helping members grow.

“Our goal is always to prioritize growing students and each other as much as possible, it's one of our biggest priorities, in how we carry ourselves through both of these organizations really conducting a lot of user interviews, really understanding problems fundamentally," Rodriguez said.

LionBase members meet on their own time—often this means 11 p.m. conferences—and they’re supportive and understanding when other members find it hard to keep up with their end of the work. Last semester, LionBase hosted an internal show-and-tell session where groups assigned to different projects presented to one another what they’ve been working on.

For Le, the moment revealed the organization’s success in fostering community through teamwork while exposing students to significant aspects of their professional life.

“I think it was just cool to see everyone in one place, just everything, you see all the work that each team has put in and you see that everyone was proud of the work they had done as well,” Le said. “People would say this helped people at their jobs, this helped them pivot in their career, people still hang out together, tangible community.”