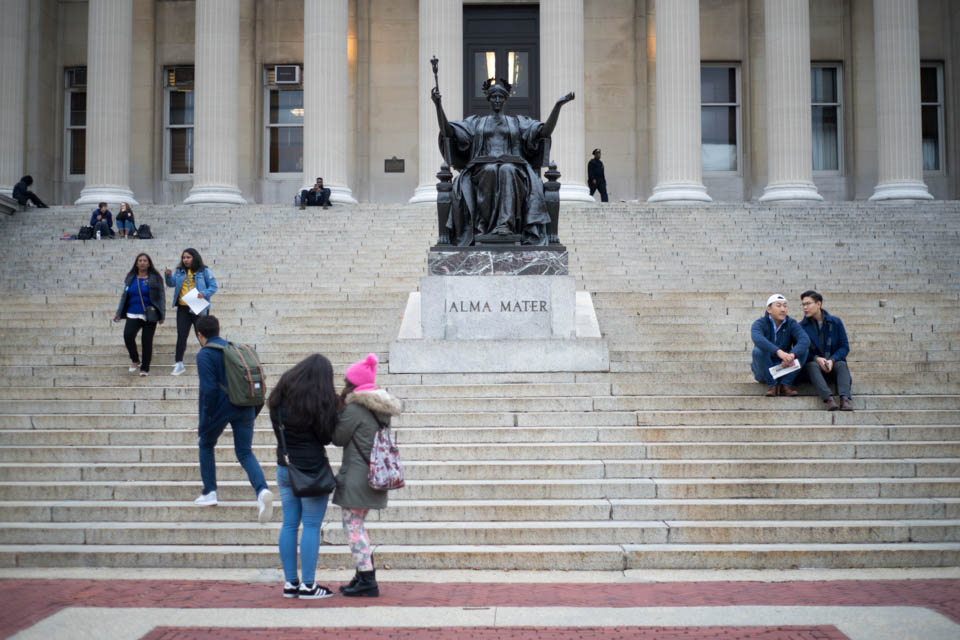 A newly published study calls for universities to conduct clearer conversations about sexual consent and outlines steps to take to clarify the language of consent on college campuses in relation to time.

A new study published by Columbia researchers within the Society for Applied Anthropology suggests that universities should offer more resources to conduct conversations about sexual consent. It also outlines steps to take in order to clarify the language of consent on college campuses in relation to time-related factors.

A team of researchers, funded by the University through multiple donors, conducted interviews with 151 undergraduate students at an unnamed university in the United States to determine how sexual consent affects their personal experiences. According to the report, these interviews questioned students about their lives before college and during first-year orientation, as well as social and sexual experiences to offer personal accounts by students, which highlight the gap between universities’ education about consent and the real-life practice of consent.

Last October, the same group of researchers were funded by the Sexual Health Initiative to Foster Transformation to released a paper that recorded student experiences with navigating consent based on interviews with Columbia students and noted how students grapple with applying the legal definitions of consent that they know into their actual sexual practices in particular. The paper goes on further to note that factors of race, gender, and class also play a significant role in shaping students’ experiences with consent.

This year, the paper elaborates on three particular time-related factors that contribute to students’ confusion about consent: “calendar time,” “relationship time,” and “sexual time.” The study uses student accounts to draw conclusions about each factor and the consequences of each on individuals engaging in sexual activity.

Two student accounts reveal that during first-year orientation specifically, there is a greater likelihood of sexual activity and a pressure to engage in sex due to established expectations which dictate that students should act on their heightened sexual desires as a result of their newfound freedom. The study found a relation between the established pressure to engage in sexual activity and students’ confusion about consent.

“Notable in both of these students’ descriptions of orientation is that students’ libidos are assumed to be heightened enough so that they lose some ability to deny sexual consent,” the paper read.

Since 2015, “Enough is Enough” has mandated all institutions of higher education in New York state to implement educational campaigns that establish a uniform understanding of affirmative consent as part of an effort to combat sexual assault on college campuses. All Barnard and Columbia students are taught affirmative consent awareness and bystander intervention practices in mandatory programming during the New Student Orientation Program.

Currently, Columbia also requires that all new students complete the Sexual Respect and Community Citizenship Initiative. The initiative mandates that all students receive training about gender-based misconduct, either through in-person workshops, online programming, or an independent project. Students are also provided a tutorial about key policies and resources during NSOP.

Students also mentioned pressure to engage in sexual activities when engaged in a long-term relationship with another person, which researchers dubbed the “relationship time” factor. “Relationship time” is marked by both an ease in giving and receiving consent when a student has previously had sex with their partner and complications arising from taking back consent after previously agreeing to certain sexual behaviors.

The study also explained that students were concerned by their uncertainty as to whether or not a person can change their mind about consent. Such “sexual time” revealed a lack of clarity about how long one may be able to rescind previous agreements about sex while partaking in sexual activity.

In a student account, one woman recounted her experience of using Tinder to meet someone and wanting to take back her consent while engaging in sexual activities, even though she felt like she was unable to do so due to the expectations attached to the app. Researchers noted that Tinder may also develop clearer communication about consent for others.

“For some, it seemed to aid or empower them in clearly communicating in what sex they were interested in engaging. For others, the very explicitness of those conversations led to instances in which they felt that they could override or overlook their partner’s ability to withdraw consent,” the study stated.

Men and women both indicated that certain types of events during the school year, such as sorority or fraternity formals, are associated with an expectation of sex. Students noted that agreeing to accept an invitation to such an exclusive event may be seen as consent to engage in sexual activity due to shared assumptions unless explicitly stated otherwise.

According to the study, despite general concern, students do not mistakenly label consensual sex for sexual assault after sexual encounters. However, students may confuse sexual assault with “‘weird’ or ‘bad’ consensual sex”. Such confusion was marked by sexual groping in party situations where students only considered the act as assault if one expressed opposition after the act.

Researchers suggested prompting conversations that allow students to critically think about consent to remove stigmas around consent and clarifying ways to say “no,” even when it feels awkward or too late. They also stated that certain hook-up apps such as Grindr should provide reminders that consent can be revoked when interactions move from online to in person.

The study acknowledged that other social powers such as race, class, and gender may cause differences not recorded in their own study. They ultimately call for more research about consent in relation to time-specific consent to develop preventative measures for sexual assault.

Correction: An earlier version of this article stated the new study was funded by the Sexual Health Initiative to Foster Transformation. Spectator regrets this error.