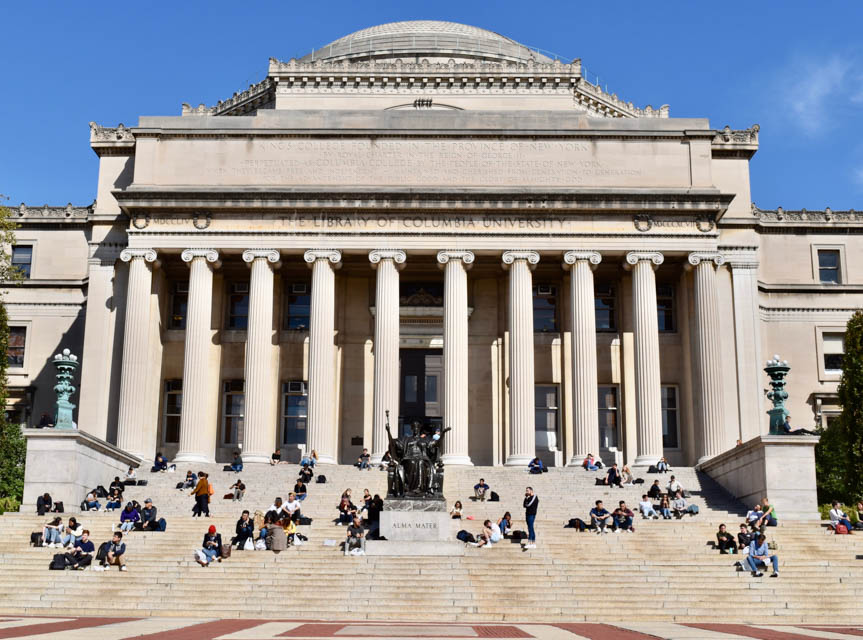 Over 100 Columbia University faculty members signed a petition in support of divestment from fossil fuels as the University remains silent on sustainability plans.

Over 100 Columbia faculty members signed a petition in support of the Extinction Rebellion hunger strikers and their demands to declare a climate emergency, reach net-zero greenhouse gas emissions, and divest from fossil fuel companies by 2025. Extinction Rebellion further calls upon the University to form an assembly of representatives from surrounding communities and University stakeholders in order to address greenhouse gas emissions.

This move comes after a series of actions this semester taken by climate activist organizations such as Extinction Rebellion and Sunrise Movement. In October, Extinction Rebellion organized a series of demonstrations such as sit-ins and rallies in an attempt to bring attention to their demands. This mobilization follows a long history of climate activism, especially focusing on divestment, that goes back at least two decades.

Activists and faculty alike continue to wait for the administration to commit to reduce its environmental impact. The Columbia University Climate Change Task Force’s report on Columbia’s sustainability practices allegedly recommends specific initiatives for the University according to a statement made by Director of the Earth Institute Alex Halliday during a recent student town hall on climate change. However, the report, which was meant to be published on Dec. 1, has yet to be released to the public.

Journalism School professor Todd Gitlin was one of the 109 faculty members who signed the statement of support for the demands of Extinction Rebellion.

Gitlin noted that as a major player, Columbia should follow many universities in the United Kingdom, Europe, and the University of California system that have already divested from fossil fuels.

“[In the last five years, these institutions] made it plain that it was not only wrong to tie the institution’s fate to fossil fuels that are doing immense damage to the prospect of our lives, but also for financial reasons—it’s a lousy investment,” Gitlin said. “I thought it would be admirable if Columbia led the Ivy League. This is a chance for Columbia to shine.”

According to Gitlin, the petition came to fruition after he learned that the students were on a hunger strike and went to talk to them at Butler Library, where their sit-in demonstration was taking place. After his interaction with the students, he and other faculty began gathering signatures for the petition in an effort to underscore the urgency of the climate emergency.

In the meantime, activist organizations have continued to push the administration to practice sustainability outside of traditional University administrative structures.

“Everyone’s anxious for more concrete, fast-paced change. We’re not really trying to work within the University structure of change. The University asked us to submit a proposal that is essentially the same one they rejected three years ago,” Extinction Rebellion member Abby Schroering, GSAS ’23, said. “We’re not doing that.”

Extinction Rebellion’s hunger strike garnered them a meeting with University administrators in the Earth Institute and the Advisory Committee on Socially Responsible Investing, where, according to members, the students made contact with potential allies. They plan to continue demonstrating, and intend on doing so this Friday, according to Schroering.