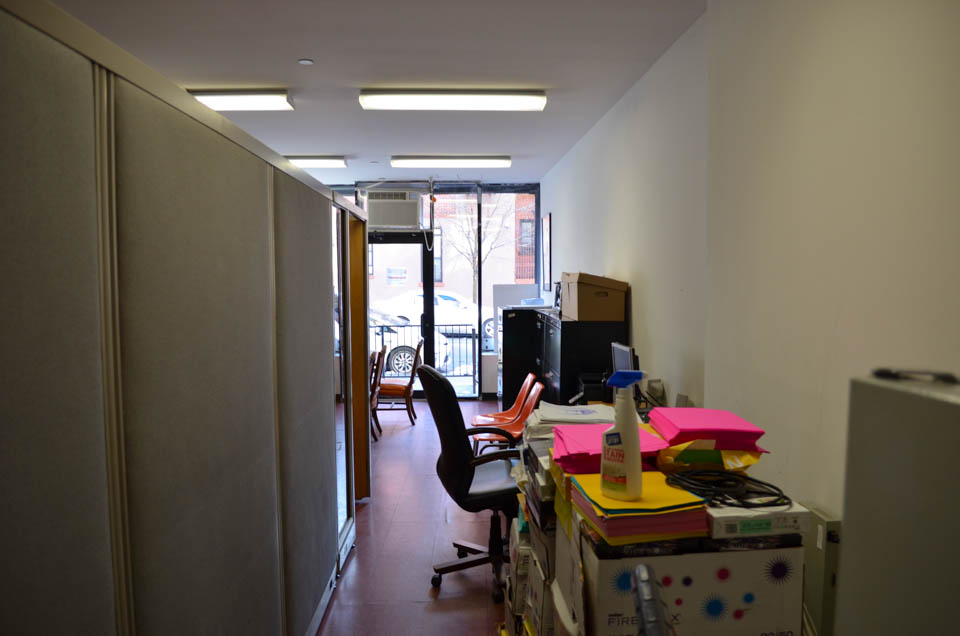 Community Board 9 has sat in a cramped office space for nine years. As part of an agreement set to acquire Manhattanville land, the University promised CB9 a new space to host general meetings. Students and CB9 members say this may increase student involvement.

Every month, Community Board 9, a New York City advisory group representing Morningside Heights and the surrounding area, holds a public meeting on 140th Street to go over major issues and new developments in the community. But among the attendees, Columbia students are far and few between.

Despite growing student interest in Columbia’s relationship with West Harlem, student engagement with CB9 remains minimal, according to board members. Students say the distance to the meetings, lack of awareness, and meeting times have prevented them from attending local meetings. A now 10-year-old promise from Columbia may pose a potential solution for these issues and inspire students to attend CB9 meetings.

Currently, CB9 has an office space located off of 126th Street, but the space is too small to hold general board meetings. According to community members, it only has the capacity to hold an eight-person table and four surrounding chairs.

Instead, CB9 holds general board meetings at several different locations, including venues off of 135th and 140th Street. The current meeting spaces have been offered to the board free of charge by the venue owners, according to CB9 Chair Barry Weinberg.

“What makes it untenable is that our current space was supposed to be temporary, but we’ve been there for nine years now,” Weinberg said. “It’s completely inadequate, and this puts us at a disadvantage because we don’t have a space to call our own.”

Originally, the development of Manhattanville was supposed to occur in phases, the first of which was to come to completion in 2016, and then by 2020, but continuing stalls for the move of the School of International and Public Affairs have cast doubt to its completion date.

[Related: In the face of 2020 deadline, SIPA sees no funding for move to Manhattanville]

After CB9 members expressed their need for a new office space almost a decade ago, the University offered to create a temporary space for them, which has yet to be created, until the permanent space would open up, said CB9 2nd Vice Chair Victor Edwards.

The University has earmarked a space on 133rd Street for CB9 that would hold up to 50 people and allow them to hold general board meetings, Edwards said, but the community board is still sat in their cramped location.

According to Weinberg, the board is tentatively expecting to move into their new temporary location on 133rd Street next September, though the timeline is still unclear based on negotiations between the University and real estate developers.

The permanent site, however, was the result of negotiations with the University and written into the CBA so that the University could obtain Manhattanville land using eminent domain, Weinberg said.

A University spokesperson stated that Columbia is ahead of schedule on their pledge to provide office and meeting space for CB9 in a statement to Spectator.

“The University looks forward to this next chapter in our relationship with CB9 and is eager to welcome the community board to its new temporary home,” a University spokesperson said in a statement.

King said he appreciated the University’s commitment to provide CB9 with an office space in the Manhattanville project site.

“The campus should be open to the community, so putting it in the campus helps people know that they can come into these spaces,” he said. “The onus is really on Columbia and Columbia students to make sure that we aren’t occupying too much of the conversation and that the people who should be in these meetings still feel comfortable doing so.”

For students potentially interested in getting more involved, the distance to the meetings pose some obstacles for attending.

Aaisha Salma, a first-year GSAS master’s student who has previously attended a CB9 meeting, said the meetings are usually at night, which poses a scheduling conflict as well as safety concerns for many students.

“If the meeting places were closer, it would make it more accessible no matter what time of day it is,” Salma said. “I’ve tried to convince my friends to come but they often can’t because of scheduling conflicts.”

Lack of awareness among the student body is another factor for low student involvement, said Colby King, CC ’22, who is currently compiling a report for the University Senate on Columbia’s relationship with West Harlem.

“I feel like it’s unawareness that has prevented students from going. I didn’t know these meetings were open for me to go to,” King said.

Edwards and Weinberg said they aim to get more students involved with the board through programming and outreach.