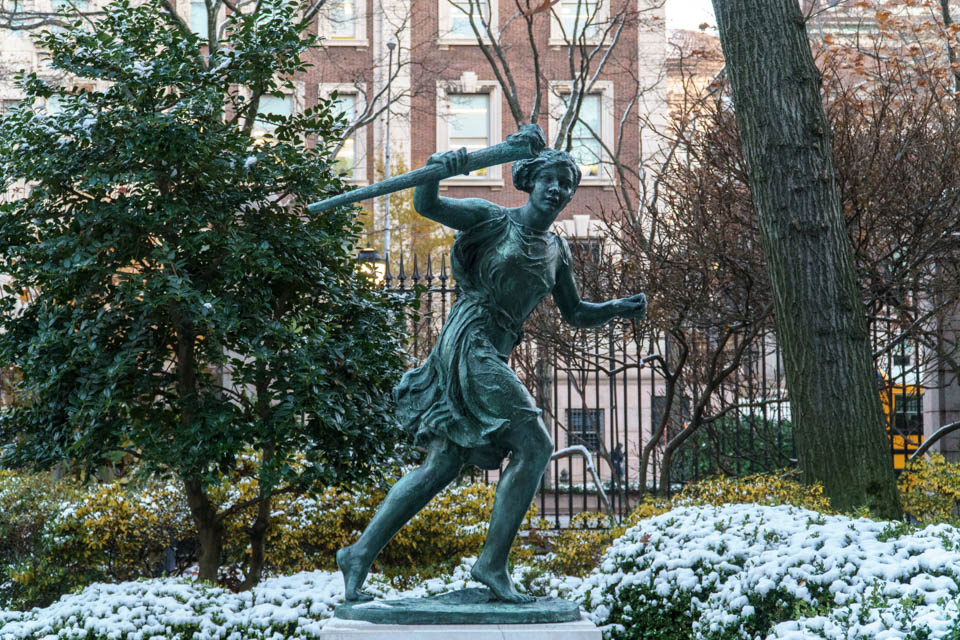 According to the announcement, the satellite location at Barnard will be run out of 125 LeFrak and conduct a “soft opening” during reading days and finals week.

Barnard will open its own satellite location for The Food Pantry at Columbia starting this spring semester, the members of the college’s Student Government Association announced Thursday afternoon.

The creation of the new satellite location enables the group to double the current capacity of the pantry, which gave over 800 disbursements in 2018, according to co-founder and Chair of The Food Pantry, Michael Higgins, a third year student at GS.

Based on the fifth floor of Lerner Hall, The Food Pantry at Columbia is a student-run organization that works to distribute free, nonperishable food disbursements to students in need. According to the announcement, the satellite location at Barnard will be run out of 125 LeFrak. The project comes as a collaboration with Barnard’s current dining provider, Chartwells.

The pantry will have a “soft-opening” during reading days and finals week where it will house snacks, prepackaged food, and fresh produce. The Food Pantry aims to have the Barnard location run at complementary hours to their Columbia counterparts, according to Higgins.

In an interview with Spectator earlier this February, leaders of The Food Pantry said they would need to seek “perpetual funding” to meet the needs of the student body. Later that spring, the School of General Studies announced its decision to commit $50,000 to The Food Pantry over the next five years, while Columbia Dining and Swipe Out Hunger announced a partnership to provide the pantry with $5,000 in annual funding.

“When we approached [Barnard] about the partnership, this was as serendipitous as you could possibly get,” Higgins said.

According to Tirzah Anderson, BC ’20 and SGA’s Vice President of Diversity, Equity, and Inclusion, the pantry was started partially as a result of an extended effort to combat food insecurity on Barnard’s campus. In the past year, the total number of disbursements for Barnard students who have accessed The Food Pantry at Columbia has more than doubled, going from 53 students to 116.

The move comes as a result of a stipulation within Barnard’s contract with Chartwells, which specifically allocated funds for the creation of the pantry at Barnard, according to Anderson. Chartwells, along with inaugural Vice President of Diversity, Equity, and Inclusion, Ariana Gonzalez Stokas, and The Food Pantry collaborated in bringing this project to fruition.

Correction: A previous version of this article stated that The Food Pantry at Columbia provided food disbursements to non-student affiliates. Spectator regrets this error.