Casa Latina selected to move into brownstone on 114th St.

Casa Latina selected to move into brownstone on 114th St. 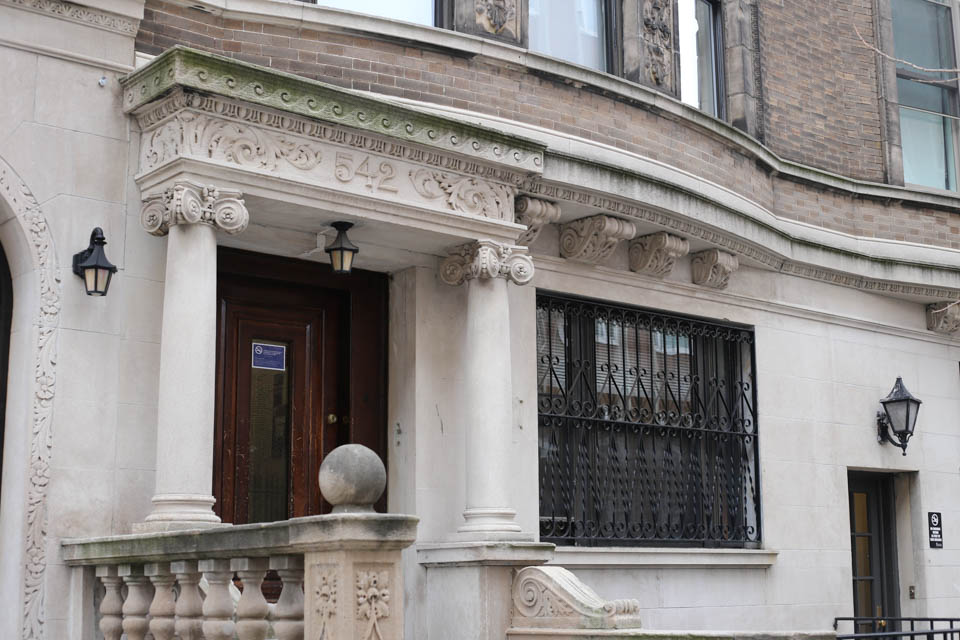 Casa Latina was selected to move into a highly demanded brownstone on 542 W. 114th St. for the upcoming school year.

Casa Latina was selected to move into a highly sought out brownstone on 542 W. 114th St. for the upcoming academic year.

The new brownstone was made available for student groups to apply to occupy. The brownstone previously belonged to Lambda Phi Epsilon, an Asian-American interest fraternity that was made to leave the space last year.

While the initial application was released in October, groups had to attend an information session and give a group presentation of their proposals before the final decision was released last Friday.

Hosted by Undergraduate Student Life, the brownstone selection process was available to students in Columbia College and the School of Engineering and Applied Science. In particular, the Brownstone Review Committee encouraged fraternities, sororities, Special Interest Communities, and any student groups with shared interests to apply.

The process included an application where groups provided a statement about their values and how the group has benefitted Columbia’s community in the past. Applicants also had to explain their plans to use the brownstone for the advancement of their values including specialized programming, events, and other communities that would be invited to the group’s space.

Prospects of a new housing space were especially appealing to student groups who currently have limited or no space designation on campus. Milagro Chavez-Cisneros, CC ’21, a community coordinator that led the application process for Casa Latina, said the new house will provide a space for student communities that feel underrepresented on campus.

“To have a space—this is the entry point to meeting people like you,” Cisneros said. “We don’t have a lounge or anything on campus; this is the only physical space that embodies a family environment for a lot of students.”

Last year, Mujeres, a Latinx organization at Barnard, secured a lounge in Brooks Hall. The Stephen Donaldson Lounge and the Malcolm X Lounge, which are LGBTQ and black affinity spaces, respectively, are currently the only two lounges which are dedicated to marginalized identities on Columbia’s campus. Both lounges are located in residence halls.

This year in a Columbia College Student Council meeting, Vice President for Campus Services Scott Wright spoke on the rising interest in designating community spaces for affinity groups and cited the underuse of conference rooms designated for LGBTQ students and students of color in Lerner.

Casa Latina is a SIC formed to create a safe and accessible space for Latinx students, according to the group’s mission statement. The group hosts programming intended to educate and celebrate Latinx culture and identities.

Cisneros said documenting student interest was a key part of the group’s application, and the group posted on Facebook about its brownstone application to gather student and alumni support. A number of student organizations have hosted events with Casa Latina in the past and some expressed explicit support for the SIC.

Casa Latina plans to use the brownstone as a safe space for Latinx-identifying students and a place to host programs—such as karaoke nights, dinners, and conversations with professors—that fosters community, according to Cisneros.

Article has been updated to clarify that groups such as, UndoCU, Chicanx Caucus, and CU Acción Boricua were amongst a number of “student organizations who supported our application and/or have hosted events”; a previous version stated they explicitly expressed approval of the SIC.