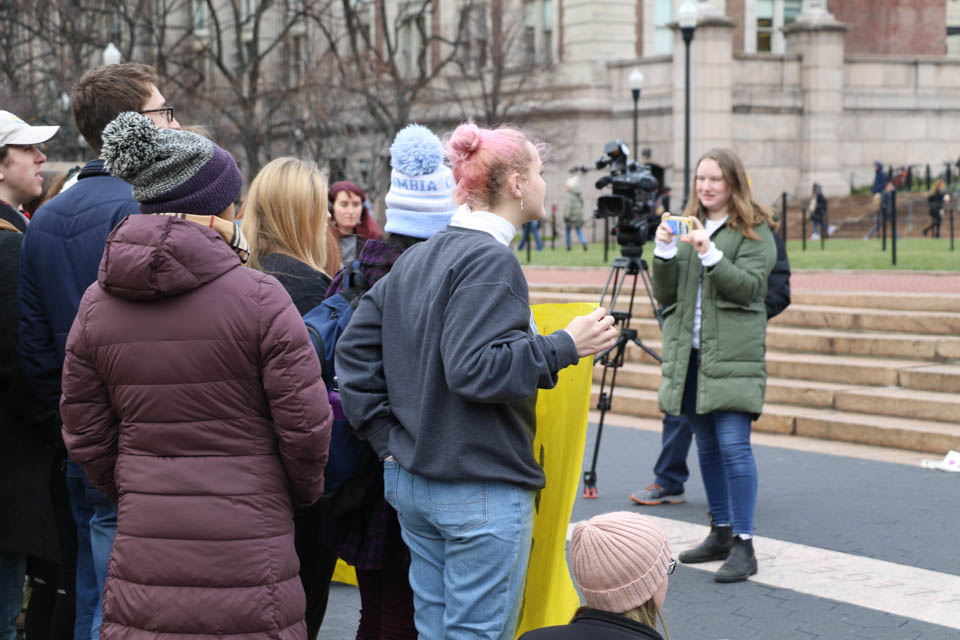 The Sunrise Movement of Columbia organized a video campaign, collaborating with 17 other universities. The video calls attention to the growing strength of the university fossil fuel divestment movement.

Accelerating the momentum from a nationally-covered climate change protest at the Harvard-Yale game in November, the Sunrise Movement at Columbia organized a video campaign called #NobodyWins in collaboration with 17 other universities. The video aims to present a unified message that calls attention to the growing strength of the University fossil fuel divestment movement.

Thus far, Columbia has created a Climate Change Task Force and its board of trustees voted to divest from thermal coal producers in 2017, but the University has yet to respond publicly to students’ requests for more far-reaching divestment efforts. In 2017, the Barnard board of trustees also voted to divest from companies that deny climate change and those that mine coal and tar sands.

Following the Harvard-Yale protests on Nov. 23—where about 70 climate change activists from both universities rushed the football field during halftime, demanding their universities divest from fossil fuels and retract their holdings in Puerto Rican debt—members of Sunrise Columbia reached out to the student activist group Divest Harvard to organize a video campaign, according to Sunrise Columbia organizers.

“We were really inspired by what they put out on the line,” Abby Kleiman, BC ’22 and one of the Sunrise Columbia campaign organizers, said.

To expand the divestment conversation across a national scale, Sunrise Columbia created and shared a script to climate change activism groups at 17 universities—including the University of Pennsylvania, Brown University, Yale University, Princeton University, and Cornell University—with instructions on how to shoot the campaign video and what to write on their banners, allowing each group to showcase which specific climate-related initiative they were working toward at their universities. After they received clips from each participant, the footage was compiled to create a single video.

The title of the campaign #NobodyWins reflects the same phrase used by protesters at the game, highlighting the idea that the fossil fuel industry—due to its shrinking size and adverse effects on the environment which disproportionately impact vulnerable communities—is not beneficial for anybody.

Now, the hashtag has gained prominence among climate change and divestment activists as a way to advocate for climate justice, an intersectional issue involving the effects of climate change on inequality, human rights, and other socioeconomic issues.

Elizabeth Love, CC ’22 and one of the campaign organizers, said that the campaign’s purpose is to show that college students across the country are united in the call for divestment and climate justice, placing pressure on universities to take action. Campaign organizers emphasized that this video should be the start of a collaboration with other universities, and they plan on partnering with groups from other universities to create unified strategies for activism.

“[The campaign] is a threatening force to universities that are resistant to change,” she said.

Another campaign organizer, Neely McKee, CC ’23, said that Columbia students have a responsibility to put a focus on issues surrounding climate justice, given the University’s role in exacerbating climate change through fossil fuel investments.

“We’re lucky to be at Columbia, where compared to the rest of the world and other communities, we are not going to be as nearly as devastated [by climate change],” McKee said. “We’d like to amplify those voices [of most vulnerable populations].”

In a recent student town hall, students raised similar concerns, saying the Climate Change Task Force lacks student participation and only focuses on the large questions of climate change without recognizing specific populations such as young people and communities of color.

Sabrina Shih, CC ’22, and Ellie Hansen, CC ’22, appear in Columbia’s portion of the video. They said that they want to see Columbia become a concrete leader in the fight against climate change, but are skeptical because the University has failed to accept their demands. Shih and Hansen said they plan to continue advocating for climate justice until they see a response from administration.

“[Columbia] prides themselves on being such a forward-thinking University in terms of climate change,” said Hansen. “We’re trying to get them to actually live up to their [standards].” 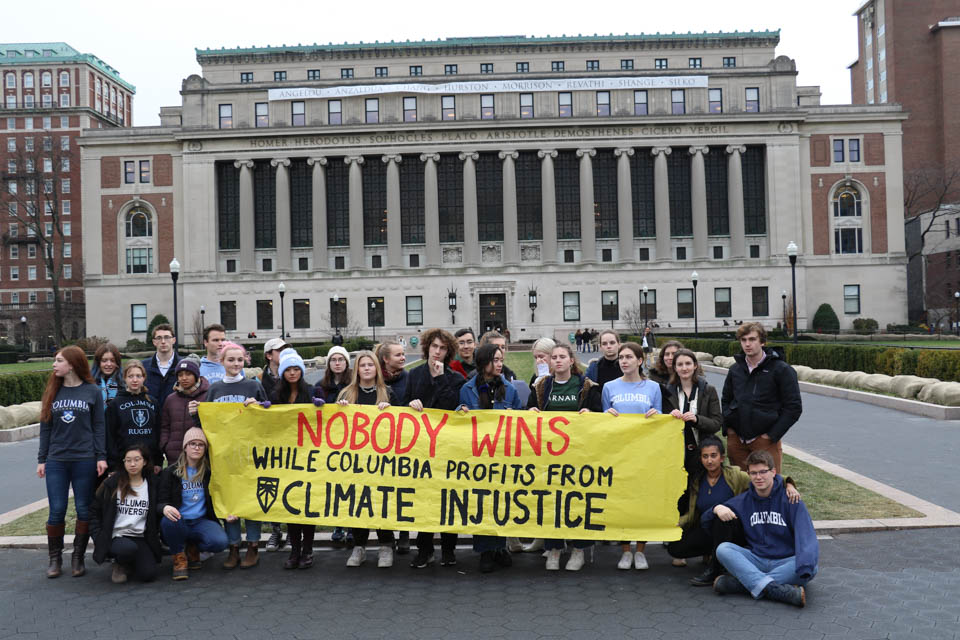