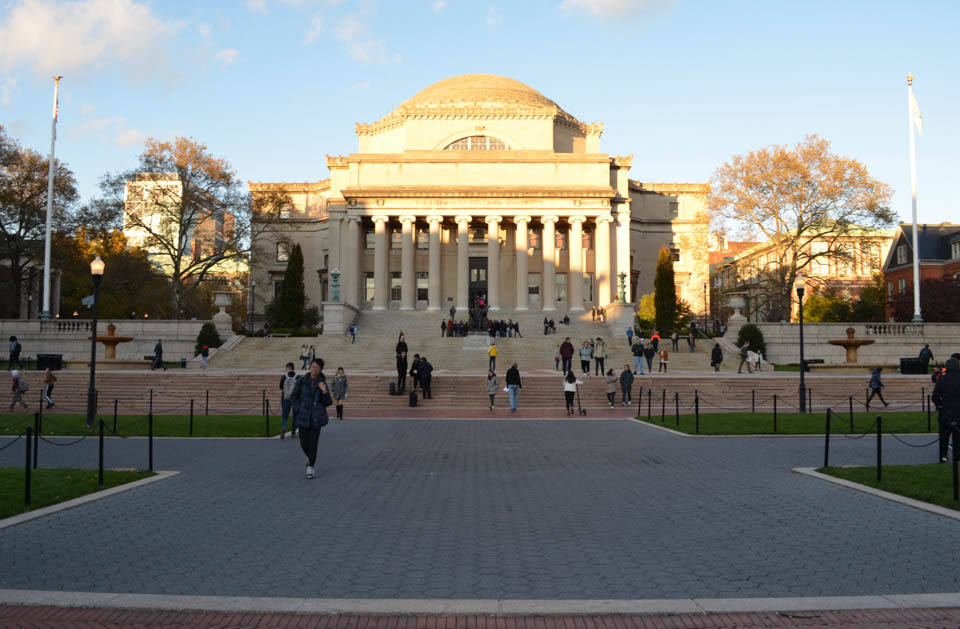 Columbia is facing a Title VI complaint filed by Pro-Israel think tank that alleged the University’s failure to address the “culture of discrimination” against Jewish students on campus.

The Lawfare Project, a New York-based think tank and litigation fund for Jewish and pro-Israel communities, has filed a federal complaint against Columbia alleging that the University has failed to address the “culture of discrimination” against Jewish students on campus.

This complaint follows President Donald Trump’s executive order, signed earlier this month, which is intended to strengthen protections under Title VI of the Civil Rights Act of 1964 for Jewish students who face discrimination on the basis of their race or nationality. Although Title VI already specified such protections, the executive order also asks federal officials to “consider” the International Holocaust Remembrance Alliance’s working definition of anti-Semitism, raising concerns around protections for free speech pertaining to the Israel-Palestine conflict.

Universities found in violation of Title VI could have their federal funding withheld. Columbia currently receives almost $600 million in federal funding, the seventh-highest amount among universities in the nation.

In its complaint, TLP claims that Columbia has allowed students and faculty to use the Israel-Palestine conflict to discriminate against Jewish students. Specifically, it references Israeli Apartheid Week, a series of events and discussions held by pro-Palestinian student groups on campus aimed at raising awareness around the occupation of Palestinian territories and the rights of Palestinian peoples.

The complaint alleges that such events target “Jews and Israelis and promotes the hateful, unlawful boycott of Jewish individuals and Israeli businesses.” Additionally, the complaint outlines an allegation of SJP students “disrupting” an SSI Holocaust remembrance by simultaneouly organizing a “Gaza Solidarity Rally where members chanted, “gobalize the intifada,” which refers to the Palestinian military resistance against Israeli occupation of the West Bank. It also alleges that Students Supporting Israel’s flyers have been covered and vandalized by other groups on campus.

At the time SSI filed an incident report to the University in 2018, Suzanne Goldberg, the executive vice president for University Life, told students that she would not pursue the case due to a lack of evidence, according to then-SSI president Dalia Zahger, GS ’19. Naye Idriss, CC ’20 and a member of Students for Justice in Palestine, denied that any member of SJP—one of the groups cited in TLP’s suit—participated in any form of harassment against members of SSI.

TLP’s suit was filed on behalf of Jewish-Israeli student Jonathan Karten, GS ’20. Karten said he decided to take action after Columbia professor Joseph Massad gave the keynote speech at the 2019 Palestine Center Annual Conference in November and expressed his support for the Izz ad-Din al-Qassam Brigades’ “armed resistance” against Israeli forces in the Gaza Strip. Massad has previously faced scrutiny by pro-Israel organizations, notably in “Columbia Unbecoming,” a film featuring students who claimed Massad intimidated them for their pro-Israel views. However, a University ad hoc grievance committee formed after the film found “no evidence of any statements made by the faculty that could reasonably be construed as anti-[S]emitic.”

Due to legal policies, Columbia declined to comment on its role in mitigating instances of alleged anti-Semitism on campus in light of the complaint.

According to Lori Tucker, a legal coordinator at TLP, the firm began to draft the complaint long before the release of Trump’s executive order, which she said has been helpful because it centers on “anti-Semitic and Jewish student experiences.”

“The climate is more favorable now for complaints, such as the one that we filed, to receive a fair look,” Tucker said. However, there is no guarantee that an investigation will follow the complaint.

Currently, the University investigates discrimination accusations through either the Department of Public Safety, the Office of Equal Opportunity and Affirmative Action, and the Office of Student Conduct and Community Standards. According to Tucker, students she has talked to have not found success in pursuing discrimination complaints through the University, though she did not offer further details regarding any reports that were submitted.

This September, the Department of Education found that the consortium for Middle East studies run jointly by Duke University and the University of North Carolina at Chapel Hill failed to present “positive” depictions of minority religions in the region, which include Judaism and Christianity.

Tucker said that TLP’s suit differs from those relating to academic discrimination, as it specifically references the hostile environment created through public demonstrations, which include displays of student activism and professors’ use of social media.

“We aren’t discussing about the content that they are discussing in class [or through the curriculum]. We said in the complaint that there are professors that in their personal lives, or in their social media and public speeches, create a hostile campus environment for Jewish and Isreali students,” she said.

Tucker referenced the recent controversy that arose surrounding the invitation of Malaysia’s Prime Minister Mahathir bin Mohamad to the World Leaders Forum at Columbia as an example of ongoing biases against Jewish students. The invitation of Mahathir, who is known for his past anti-Semitic remarks, was defended by both Goldberg and University President Lee Bollinger.

Tucker said that freedom of speech should not “trump the ability” of Jewish and Israeli students to attend Columbia.

The complaint also comes in the wake of significant debate over Columbia’s affiliation with Israel and Israeli organizations. This November, CCSC voted to pass a ballot initiative for a school-wide referendum gauging student perspectives on the University’s divestment “from companies that profit from or engage in the State of Israel’s acts towards Palestinians that … fall under the United Nations International Convention on the Suppression and Punishment of the Crime of Apartheid acts against Palestinians.”

The results of the referendum, to be collected in the spring, will not mandate any administrative response surrounding decisions to divest, though a number of pro-Israel networks, such as Columbia United, cited the ballot vote as evidence of discrimination against Jewish students.

The petition cites the fact that members of 20 organizations—which include organizations like SJP and JVP that have active presences at Columbia—are barred entrance to Israel due to their support of the boycott, divestment, and sanctions movement. It also argues that discrimination against students of Palestinian or Arab descent at Israeli ports of entry is an instance that would force Columbia to “discriminate against students on the basis of their race and/or national origin with regards to their access to education.”

“The questions [in the petition] are primarily aimed at the administration and at the University president because the initial launch of the dual degree program had no explicit references to the political context or any of the concerns that were brought up in the statement. We want the University to address the potential violations to the Civil Rights Act and the University’s own policy” SJP member Nas Abd Elal, CC ’20, said.

News Editor Valeria Escobar can be contacted at valeria.escobar@columbiaspectator.com.