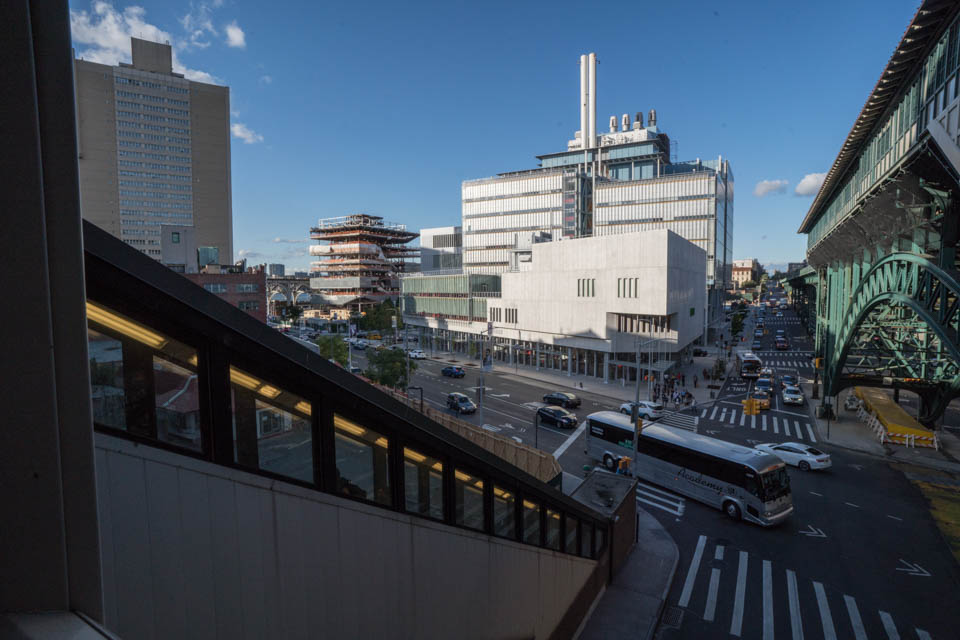 Community leaders, planners from NYC DOT, and Columbia University representatives met with 12th Avenue business owners on Tuesday to discuss the revitalization and rebranding of the struggling corridor.

Struggling business owners discussed ways to rebrand Manhattanville, including proposals for a name change, in order to help address the economic pains faced by businesses on the campus’ 12th Avenue border at a meeting on Tuesday.

Community leaders, planners from the New York City Department of Transportation, and Columbia representatives met with the business owners in light of numerous challenges they attributed to overwhelming Manhattanville construction, insufficient parking spaces for customers, disconnect from other Harlem neighborhoods, and severe weather, among other issues.

Several of the businesses present at the meeting relocated to their current location due to the construction of Columbia’s Manhattanville campus, which was President Lee Bollinger’s response to the University’s need for additional space in 2009. The 17-acre expansion has been criticized for displacing residents by acquiring over 6,300 apartment units, deregulating rent prices, and inciting improper land acquisitions.

Columbia has attempted to support local businesses by providing limited retail space on the Manhattanville campus, which Dear Mama Coffee and Steep Rock West now occupy. In Columbia’s Community Benefits Agreement, the University states that it “expects the Project to generate new local jobs and economic opportunities for the benefit of the Local Community.”

However, businesses at the meeting said that amidst the impacts of construction, these efforts have not been enough to sustain their financial needs—they cited statistics that two businesses have closed their doors and three others have seen approximately 30 percent decreases in revenue as of last year.

The meeting was led by a committee—composed of government representatives, Columbia administrators, and business owners, and headed by Harlem Park to Park—which explored ways to alleviate 12th Avenue’s economic pains, focusing on creating a “district” based on promoting lifestyle and recreational activities, as well as maintaining the area’s distinct architectural style in order to pull pedestrians towards the less frequented avenue.

Maritta Dunn, long-term West Harlem resident and a member of Community Board 9, which is an advisory board for New York City council representing Morningside Heights and surrounding areas, vocally opposed the suggested names for the area, saying they failed to differentiate the neighborhood from the other two distinct districts in Harlem, Central and East/Spanish Harlem.

“If you just use the word ‘Harlem,’ it has no relationship to what we do on the West Side of New York,” Dunn said. She reminded the committee that West Harlem, which includes Morningside Heights, Manhattanville, and Hamilton Heights, is especially unique in that it has the highest concentration of community and educational institutions anywhere in the world.

While Harlem Park to Park presented long-term plans for economic revitalization, Ramon Diaz, owner of Harlem’s Floridita, said that the committee was failing to address 12th Avenue’s immediate problems, including a lack of parking due to construction at Columbia’s Manhattanville campus, as well as a lack of public transit options for the area. Until the Manhattanville campus is complete, pedestrians have to pass through active construction zones in order to access the area, a factor that business owners cited as deterrents to passerbys.

“If you go-to-market with this branding, how are people going to get here?” Diaz said.

Barry Weinberg, current CB9 chair, said in a separate interview that the neighborhood’s most pressing issue is how to connect 12th Avenue to the rest of West Harlem, which is largely isolated by the lack of transit options to the area.

“My biggest concern is that the businesses on 12th Avenue won’t survive long enough to benefit from Columbia’s expansion unless we do something right now,” he said.

Tricia Shimamura, Columbia’s director of government affairs, stated at the meeting that the University is in support of replacing parking and is currently working with construction workers to increase carpooling efforts to free existing parking spaces.

“I don’t want to come to another meeting and [another] business is gone,” he said.