Morningside Park is essential to Harlem’s identity. How has the University misunderstood resident challenges in the public space?

Morningside Park is essential to Harlem’s identity. How has the University misunderstood resident challenges in the public space? 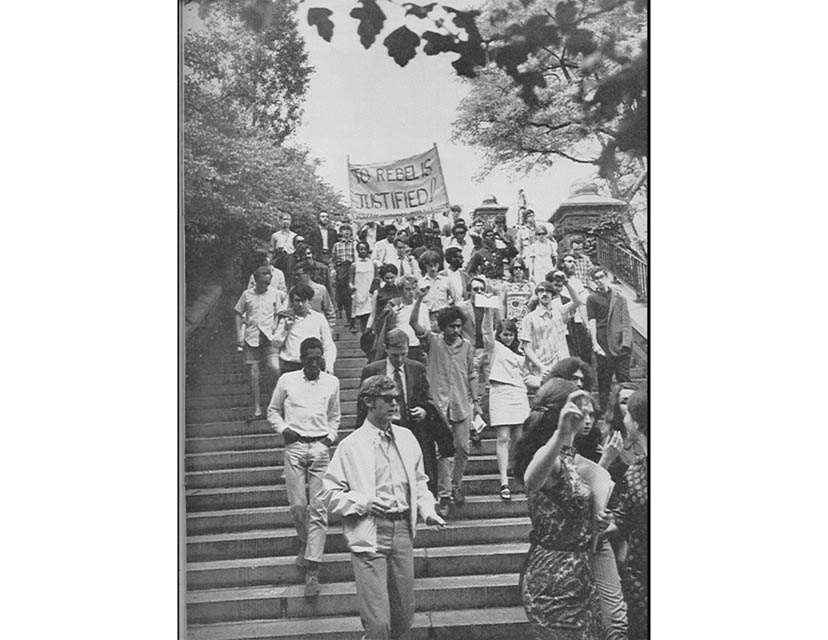 In light of a fatal stabbing that occurred last December, community members and students have reflected on their perceptions of Morningside Park. For all, the incident served as a reminder of a longstanding, misunderstood perception of navigating the surrounding community.

When first-year Barnard student Tessa Majors was killed in an attempted robbery at the entrance to Morningside Park on 116th Street, shaken members of the Columbia community shared their wide-ranging relationships and experiences with the park.

Citing their experiences in the mid ’70s and ’80s, a number of alumni claimed that their common understanding of the park as a dangerous space that should not be breached should again be adopted.

“Stay out of the parks at dark [...] Thats it. Basic. Rules to live by. Now if thats not being conveyed to the students, in 1880 1980 or 2080, thats malpractice,” Pete Maloney, CC ’85, commented on a Facebook post about a Columbia Law School professor’s opinion on the incident.

However, amid this commentary, current students also criticized the immediate response to calling the park dangerous. Amanda Ong, CC ’20, told the New York Times that the incident felt like an isolated event.

“Nothing like this has ever happened while I’ve been here,” she said to the Times, adding that her peers responses to avoid the park were “racially coded.”

Orenna Brand, CC ’21, said the incident should not be representative of safety in the city.

“I’m trying to remind them that they can still be courageous and go out in the city and go about their lives,” Brand said.

For local residents, the incident served as a reminder of a longstanding, misunderstood perception of the relationship between students and the community. Older members of the Columbia community harkened back to the days in which Columbia saw the park as an antagonistic space, a perception that enforced separation between students and the community. In contrast, current students have attempted to utilize the park in their daily routines without adopting the resident precautions that has made the park a central part of their lives, indicating students’ lack of consciousness of the Harlem community’s plight.

New York City councilmember Mark Levine, who represents Morningside Heights and the surrounding areas, released a statement on Twitter following Majors’ death expressing the park’s misrepresented reputation—specifically how the park is safer now than it was in the past several decades.

However, community members have continued to center discussions about safety initiatives in the park in light of recent increases in crime. In fact, Morningside Park has faced more crimes, notably robberies, in the first three quarters of 2019 than in the last four years.

Even so, Morningside Park has long attracted many Harlem residents as a family-friendly area, according to Community Board 9 Landmarks and Parks Committee Co-Chair Jonathan Thomas.

“What’s going on is that those who frequent the park and use it are those who live in Manhattan or West Harlem,” Thomas said. "Now we’re at a point where the park is an attractive amenity from the northern to the southern end."

The park sat steps from longtime resident Kaila Kelsey’s middle school, just blocks away from her home. For her and her peers, the park was instrumental in her childhood.

Meanwhile, Columbia affiliates’ fear of Morningside Park has existed for as long as the park has stood outside the campus gates—outside of the bubble that separates Columbia from Harlem. In the past, students have been advised by alumni and parents to avoid the park at all costs, even in broad daylight.

In an essay published by the New York Magazine in 2010, David Rakoff, CC ’86, referenced his former experience with the park as “terrifying.”

“To venture in was to die, plain and simple,” he wrote. “We had been warned that the neighborhood around the University could turn dodgy in a matter of footsteps, but there was a certain pride in having dipped one’s toe into its scary waters.”

Tensions between the University and the community heightened in 1968, when the University attempted to build a new gym at Morningside Park, which many viewed as a decision that represented Columbia’s efforts to shelter the University from Harlem, specifically in light of the “Jim Crow entrance,” a separate lower entrance at the Harlem side.

Though crime in the park was a reality for Kelsey, so was the community that the space provided—she cited that she was brought up to know how to navigate it, unlike some Columbia students, whom she feels “have a false sense of security.” Whenever a crime occurred at the park, Kelsey’s middle school would inform the students to go straight home.

“We had nothing to fear, because the people in the park were people we knew of,” she said. “But we always knew to go home when it got dark and a staff member [from KIPP STAR Middle School] would always watch over us.”

For Arnim Johnson, CC ‘71, the gym construction plans caused Harlem residents to confront Columbia’s ability to impose consequential decisions that threatened the livelihood of the community. Johnson, who was part of one of the first classes of black men to enroll in significant numbers, rallied with Harlem residents around the park during the 1968 protests.

He noted that many of his black classmates, due to racial segregation that limited social mobility, were from low-income backgrounds, which allowed them to forge solidarity with the black communities of Harlem.

“It was a time in America where black people weren’t seen in America,” Johnson said. “The protest of the gym became kind of a focal point for all of the tensions that were being directed towards Columbia as an institution. This was a tangible reflection of how Harlem was never seen at Columbia as a place where people live.”

The plight of Harlem was the same plight that many of the black students were organizing around in their communities across the county in the midst of the death of Martin Luther King Jr. at the height of the civil rights movement, Johnson emphasized.

Johnson added that his generation was the first to take “jobs at Wall Street, investment banks and big law firms” after attending prestigious universities, which allowed many black families to be upper-middle class. When he returned for the 40th year anniversary of the 1968 protests, he noted that Columbia was more racially diverse, but lacked the socioeconomic diversity it had in his time as a student.

In the end, the growing socioeconomic divide between the University and the community—both in its student body and in its wealth as an institution—instilled an unhealthy town-gown relationship, Johnson emphasized. While the racial diversity within the University may provide reason to believe that there exists more cohesion within the Harlem-Columbia divide, Johnson said that the working class from “Queens, or Staten Island, or Brooklyn, or Harlem” still see the University as an ivory tower that ensures “white people are safe and secure.”

Diogene Artiles CC ’22, is a longtime resident of the Brooklyn neighborhood of Bedstuy, pointed to parallels in his experience in the “Harlem of Brooklyn” because both neighborhoods are historically low-income African American communities.

Ultimately, Artiles pointed to the central question for the Columbia community as: “How can Columbia students benefit from Harlem?” and not, “How can Harlem live through the daily struggles of being a low-income neighborhood?”