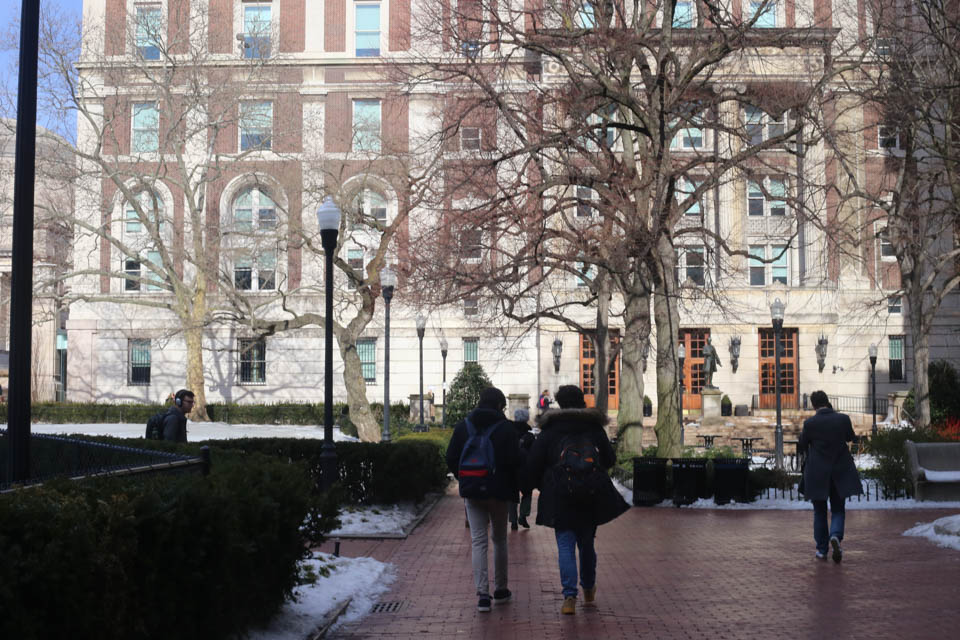 For some, the looming associations of the deadly disease with the Chinese community, who are historically prominent in NYC, represent an isolating experience of extreme caution that has even led residents to self-quarantine.

New York City officials are waiting to confirm the first case of coronavirus in the city as the world deals with over 17,200 people who have already contracted the virus, resulting in 362 deaths. This isn’t the first time residents await results: Officials have tested lab samples 10 times in the past—all results were negative.

While officials urge residents not to panic, the cancellation of iconic cultural festivals, the increasingly common sight of surgical masks, and anxiety-riddled news alerts have occurred even before federal lab testing confirms the presence of the virus in New York City. At Columbia, where over 5,805 people in the international student population hail from China, community members were advised to contact the University immediately to receive assistance and “recommendations regarding self-isolation” for those who are currently traveling or have traveled to mainland China within the past two weeks.

The University added that it will not provide funding or credit opportunities abroad in China until the disease has “run its course,” and student groups will not receive permission to visit the country.

For some, the looming association of the deadly disease with the Chinese community—which is historically prominent in New York City—represents an isolating experience of extreme caution that has even led many residents to self-quarantine. It remains unclear how the virus was transmitted to over 23 countries, but it is widely believed that the epicenter of the disease is Wuhan, China, where there are currently over 11,100 confirmed cases and where all except one of the 362 deaths have occurred.

Even though New York City’s health commissioner, Dr. Oxiris Barbot, affirmed in an interview with the New York Times that residents should continue with their daily lives, she admitted, “It’s inevitable that we will have someone who is positive with coronavirus.”

For Christine Lin, BC ’23, the anxiety surrounding the virus “hits close to home” as a Taiwanese student. She noted that the rhetoric surrounding the coronavirus has led to the stigmatization of Asian populations in general, as people have used xenophobic remarks to justify their beliefs that Chinese people are more susceptible to contracting the virus. Despite her short time on campus, she was surprised to experience what she called “paranoia” surrounding her non-Asian peers’ perceptions. While she recognizes the underlying misconceptions of these anti-Chinese sentiments, she says that she has found herself being more cautious.

“I was going down the elevator along with three other students. They were all Caucasian. I saw this girl behind me making the gesture of [covering] her nose,” she said, a gesture that led the other students to snicker behind her. “I don’t know the context, it could have been about anything else … but even if it’s just in my own imagination, it feels really bad to feel that way.”

While not personally impacted, Wendy Sung, BC ’23, has also felt discomfort surrounding the current discussion of the coronavirus. She feels that if she responds to the alarming atmosphere and decides to wear a mask, she will receive more looks from people thinking, “She might have it.”

Amy Chin, BC ’83, who is a longtime New York resident and former executive director of the New York Chinese Cultural Center, notes that while Chinese-American residents are behaving cautiously out of awareness for those around them, these practices reflect a history of feeling like an “outsider” in the communities that they have occupied for decades.

“I don’t want to criticize people for being overly cautious. At the same time, we also do ourselves ... disservice by feeding into the fear. … We really need to question: If you’re not guilty, don’t act guilty,” Chin said.

Thinking about how these fears inhibit the Chinese community, she pointed to an incident in 2003 when a New Jersey school canceled her Chinese cultural program because the parents feared the dancers might have SARS, another type of coronavirus.

Sung said that even though the association of the coronavirus with China may seem unintentionally malicious, the “sentiments that people start to have with the Chinese community [always] comes outward,” a reaction that typically doesn’t affect Western countries. For example, she noted that while the coronavirus has been dubbed the Wuhan virus, swine flu has never shared strong associations with Western people.

Former Tiananmen Square Protest student leader Zhou Fengsuo expressed frustration at the positive reaction that China received when it declared a lock-down on Wuhan. There is no expert consensus on the effectiveness of the quarantine strategy that has restricted people’s movement. In contrast, he cited that people are locked in their own homes without any guarantee of food or medical care, which has led to cases of starvation and scarcity. He said that fear of the virus has had inhumane impacts on the residents of Wuhan.

“I think to the world [coronavirus] is a huge risk, and now we don’t know the origin of the virus. There are different fears as to why the government should be responsible.”