Anti-Chinese message written in Butler as anxiety rises over coronavirus

Anti-Chinese message written in Butler as anxiety rises over coronavirus 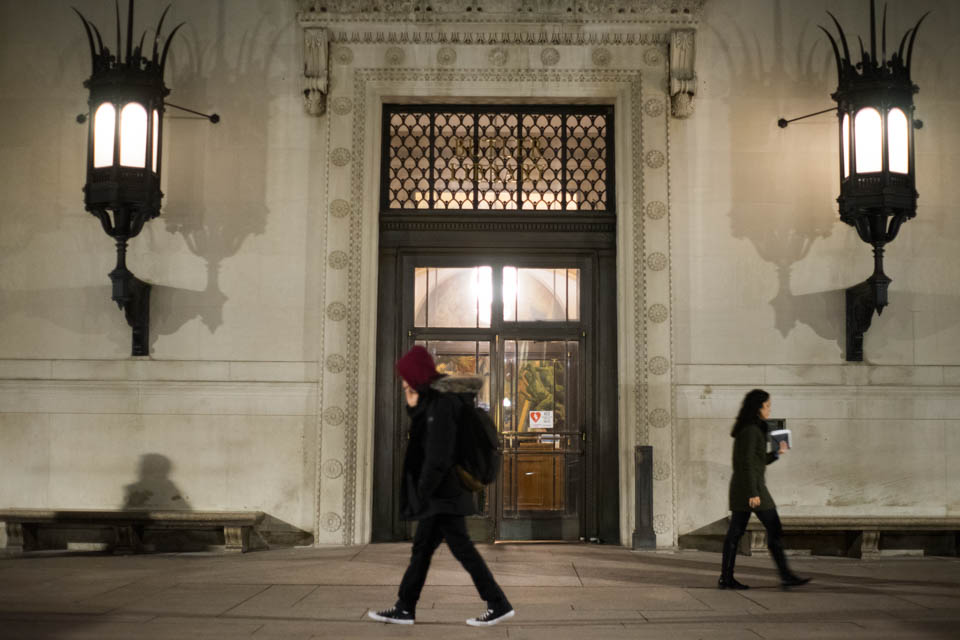 Broken Chinese characters on a blackboard in Butler Library translated to “Wuhan virus isolation area,” reflecting an anti-Chinese sentiment emerging around the coronavirus. While the coronavirus has no nationality or ethnicity, many Chinese students self-isolate or wear protective masks to prevent contagion and also to ensure their own safety.

A new viral Twitter video features a woman, labeled as “Chinese,” wearing what appears to be a mask covering her face. The woman was exiting Chinatown’s Grand Street station when a man physically attacked her as he called her “diseased,” according to witnesses.

At Columbia, students were welcomed by an image of a blackboard in Butler Library that reads “Wuhan virus isolation area” in Chinese. This image then circulated among social media platforms. 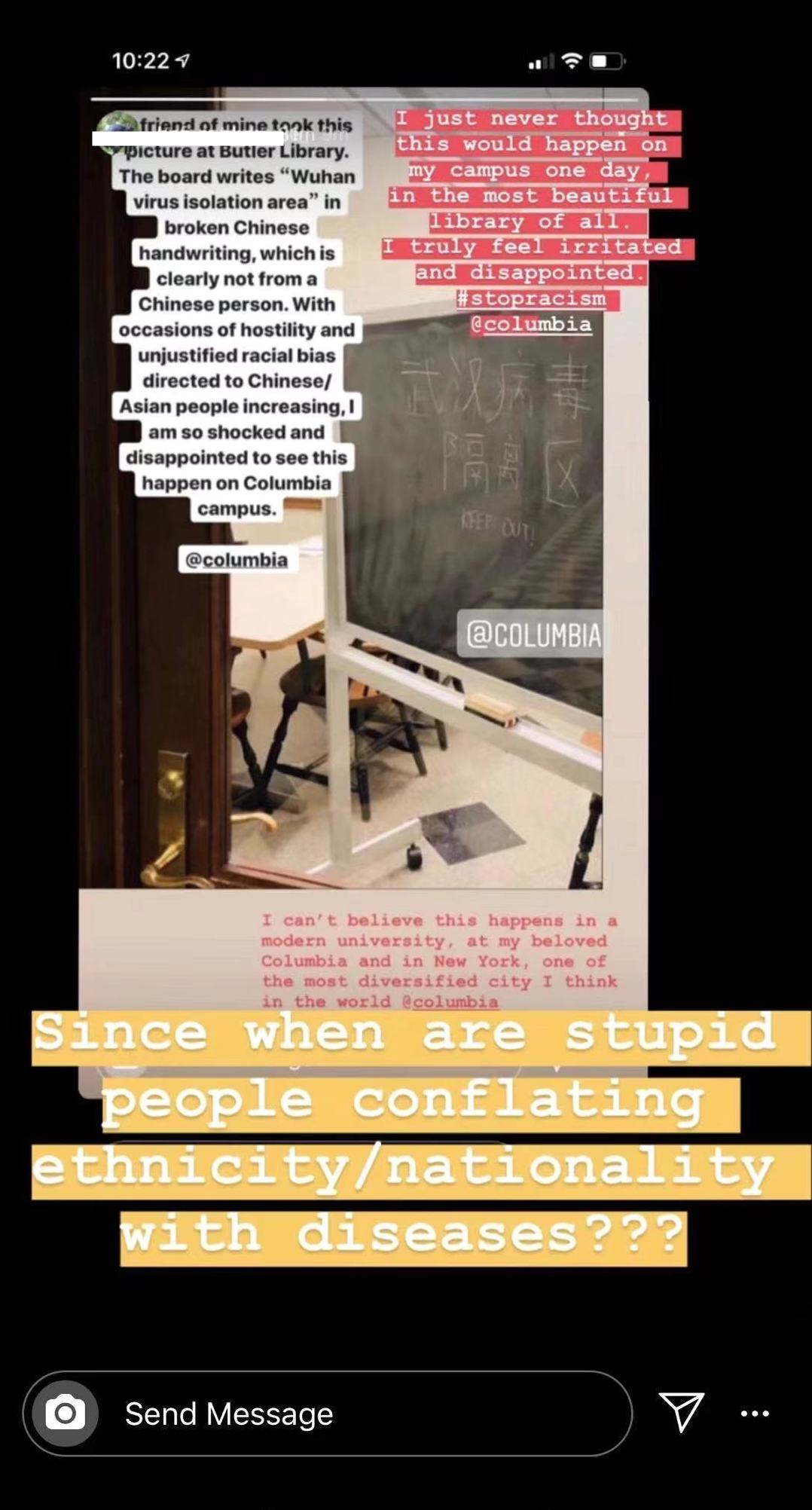 Without much readily available scientific knowledge of the virus, the American public is limited to the belief that China, which has by far suffered the greatest incidence of infection, was home to “patient zero.” The associations between China and the coronavirus have led to anti-Chinese and racist incidents, including the Twitter video that is currently being investigated by the New York Police Department Hate Crimes Task Force. Chinese students, whose home country has been affected by the coronavirus, understand the severity of the disease by regularly wearing sanitary masks and self-quarantining themselves while grappling with the public perception that blames them for the spread of the virus.

While some community activists have said the extra precautions reflect a history of casting people of Chinese descent as “outsiders,” many students say these practices are useful not only to prevent New York residents’ fear of contagion but also for their own safety.

Jingwen Zhang, BC ’23, is a resident of Wuhan, China, which is currently on lockdown as a part of the Chinese government’s attempt to quarantine the province where the virus is thought to have originated.

When asked if everyone should take precautions to prevent infection, she said, “It is not a problem of should and should not; it is a problem of personal choice. [Contamination] is a statistical problem [that people chose to reduce].”

Columbia and Barnard have asked students to undergo a screening process conducted by the U.S. Department of Health & Human Services upon arriving in New York. After a visit to an on-campus physician, these students are supervised for 14 days, after which the symptoms should be more visible if the student is affected.

Zhang said that she had a positive experience with the screening, during which the physician made sure she was comfortable and asked if she would require psychological support following the procedure.

“I feel like Barnard College is really responsible. I can see they are taking the responsibility and health and safety of students,” Zhang said.

Around the same time that the chalkboard message was found in Butler, Columbia and Barnard released messages to their student body populations denouncing anti-Chinese racism and encouraging affected students to report bias incidents. They also pointed students to medical and emergency contacts.

“We write to ask you to keep closely in mind our core value at Columbia—of treating all in our shared community with respect and recognizing the dignity and humanity of each individual here. This is especially important at a time when fears about the virus can too easily foster suspicion without regard for facts,” Vice President for Student Affairs Joseph Greenwell said.

Siqi Qin, BC ’23, returned from Yichang, a Chinese city close to Wuhan that is also on lockdown. While there is little known about the effectiveness of the quarantine strategy mandated by the Chinese government, there are reports of people within who are locked in their own homes without any guarantee of food or medical care, which has led to cases of starvation and scarcity.

While Qin believes the protective measures that Barnard has taken to screen students are effective, she was wary of the precautions being taken to prevent the spread of the virus, which have led to the quarantine of her family and friends in China. Qin likens these extreme precautions to “victim-blaming” the people who are most affected by the virus.

“More than 2 million people [are quarantined] to prevent further spread. Everyone is blaming the city. We are sacrificing our own lives to prevent the spread of the virus,” Qin said.

Jack Shi, SEAS ’21, is the president of the Global China Connection, an organization that he says fosters connections between the Chinese international population and other Columbia students. He stated that he recently canceled meetings and celebrations in light of the growing spread of the coronavirus. Shi said that even without any known cases of the virus in New York City, people will still be fearful, and those fears will be exacerbated by the American news coverage that questions the Chinese government’s approach to containing the virus.

“There is this public sentiment among the student body that Chinese gatherings can be dangerous,” Shi said.