Donors have not given to Columbia’s climate research. Columbia says a climate school will change that.

Donors have not given to Columbia’s climate research. Columbia says a climate school will change that. 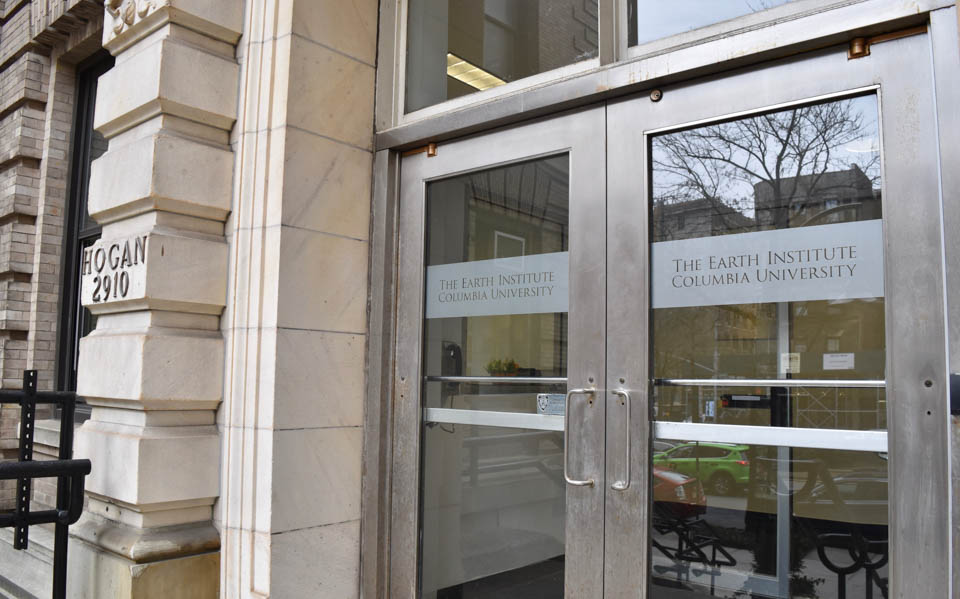 Columbia will be creating a new school dedicated to climate change—with the ability to grant degrees, hire its own faculty, and admit its own body of students—following a 104-page report by a team of administrators and faculty, the University announced on Jan. 30.

The new school’s formation comes in light of recommendations made in the inaugural report created by the University’s Climate Change Task Force, which have also led to the creation of a Chief Climate Officer position. The climate school, the report says, “will be the central location for climate research and teaching, and will connect with faculty across the university”—an approach known as a “hub and spokes” model.

Many of the details around the school are yet to be decided, but a number of faculty have raised questions around the viability of focusing on appeals to big donors for flashy academic goals when the Earth Institute, which has a similar mission, has struggled to attract enough donors to meet its goals.

Specifically, both the institute and the school center around work on climate change and sustainability. But the institute, created in 1995, has long been plagued by problems with faculty hiring, funds, and space without a strong donor base, according to interviews with those involved in its creation.

One major difference: Because the climate school is a “school,” unlike the Earth Institute, it will ultimately have the ability to hire faculty, receive money from tuition flow, and have more access to space and resources.

Administrators such as Kenneth Prewitt, the former vice president of Columbia Global Centers and special adviser to the president on Columbia World Projects, point to the hope that the severity of and the interest in the climate crisis will drive donors to contribute when they were unwilling to for the Earth Institute.

“We’re having a national conversation of the urgency of this, so it’s a very different kind of setting than when the Earth Institute was getting started,” Prewitt said, speaking in his personal role and not on behalf of University President Lee Bollinger. “It was born in a different moment when climate change was a possibility, but hardly. We’re living through it now.”

The Earth Institute is unable to appoint its own faculty and is instead reliant on “buying out” time from professors who receive their tenure from other schools and departments. It is also not sustained by a stream of funding from tuition revenue and has no alumni base.

The Earth Institute has thus far been unable to raise the money to endow—or to fund the appointment—of faculty with other departments. Despite its long-standing goal of endowing 10 to 12 professorships that would benefit the institute, it raised only enough money for two, according to Steven Cohen, former executive director and chief operating officer of the Earth Institute.

“It’s very tough to raise that kind of money, and we just didn’t have enough donors,” he said. “There weren’t any donors interested.”

Ultimately, the climate school aims to hire its own faculty and accept its own body of students as funding grows, Halliday said. But for now, similarities to the Earth Institute remain; new faculty at the climate school will mostly be joint appointments, meaning they would conduct teaching and research in two departments like faculty do between their own departments and institutes. According to the report, some faculty will be appointed for a period of five to 10 years to work on certain issues as part of an experiment with different ways of doing faculty appointments and tenure.

The report indicates that “[t]here are no immediate plans for a new undergraduate degree in the first stage,” but the climate school will likely begin solely by offering courses and later by giving out joint master’s degrees with other schools and eventually creating its own. It offers other suggestions for the undergraduate population, including changes to the Core Curriculum, such as the introduction of the subject of climate change to Frontiers of Science and Contemporary Civilization.

The school itself will also be built on a location in Manhattanville that had been earmarked as a potential site for the School of International and Public Affairs but saw little progress due to an inability to attract donors.

However, the idea that flashy measures will draw donations that benefit the University, a strategy pursued by Bollinger, has long been criticized by faculty who claim that such projects merely draw attention away from fundraising for critical issues faced by the students and faculty of the University.

For Shahid Naeem, chair of the ecology, evolution, and environmental biology department, the decision to create a school of climate change is puzzling, given the state of disrepair of Columbia’s science facilities.

“I think the question for [the Arts and Sciences] is … will this channel away resources? [The University will] say, ‘No, it’ll be separate resources raised,’ but it’s like, ‘How did it end up becoming [a] priority when many of us feel that we have things that could benefit the students as well as the faculty?’” he said.

While joint appointments allow more interdisciplinary work, they also bring difficulties, as faculty have responsibilities in two parts of the University, often doubling their bureaucratic duties. That division of duties, according to professor David Helfand, creates difficulties when forming a new school.

“If you’re going to mount a curriculum about this, then you could draw faculty from different disciplines, but you need some faculty members whose principal goal is crafting a valid and rational and coherent curriculum about [climate change], and that’s hard to do if you're half in another department,” he said.

Though some faculty will likely be hired directly into the climate school at its inception and more as it grows, the exact number is undetermined.

The climate school’s global mission and focus on real results also draws comparisons to Columbia World Projects, an effort by the University to use Columbia’s resources and research to confront issues across the world. However, while Columbia World Projects was meant to draw from across all disciplines and schools, Arts and Sciences faculty found their scholarly and humanistic inquiry incompatible with the initiative and did not participate.

For professors in the Arts and Sciences, like Helfand, the nature of climate change makes the climate school a more appealing prospect.

“This would be different in that quite a few departments both in Arts and Sciences and outside Arts and Sciences have people very interested in this topic and would probably welcome a place both to teach undergraduate and graduate students and to focus their research,” he said.

For others, Columbia’s overtures to big donors still raise concerns. Naeem referenced ways in which the expansion of Columbia into Manhattanville through donor-driven efforts like the Lenfest Center for the Arts has been done “without a holistic plan for the University.” Similarly, while a climate school may be marketable to big donors, he noted that such decisions raise concerns about how the University’s aims to address its academic and intellectual needs.

“If that’s the way academics is driven, it comes with some price to pay, I think,” Naeem said.