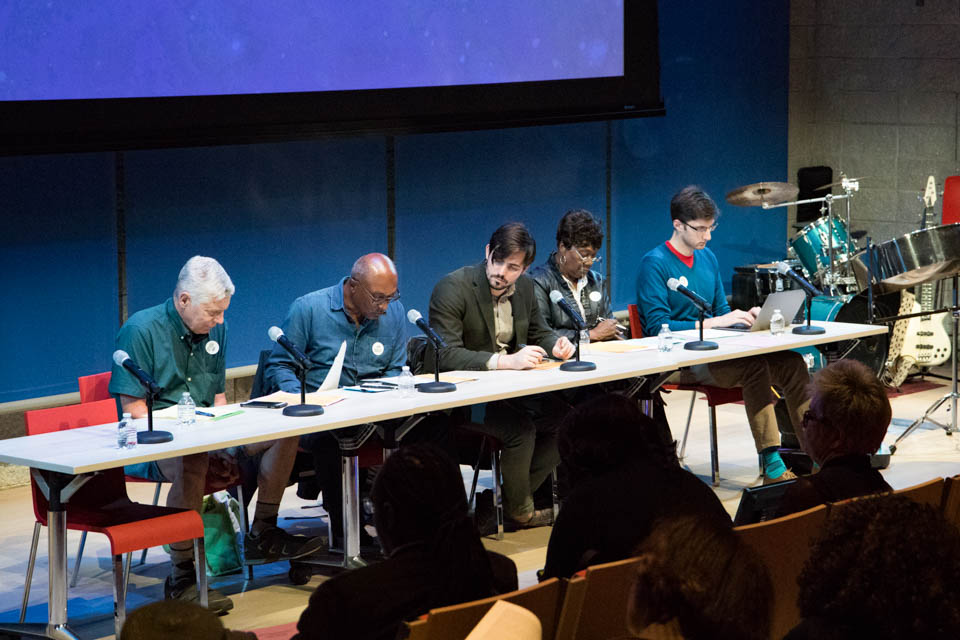 Of the 80 capital and fiscal budget requests made by the board, only two requests were given funding.

City officials declined to give money to Community Board 9 based on the group’s preliminary budget recommendations for housing and park renovations for the next fiscal year. However, the mayor’s office agreed to allocate money for youth education, which was a financial priority for CB9, a local advisory board representing Morningside Heights and surrounding areas.

Of the 80 capital and fiscal budget requests made by the board, only two requests were given funding. The two approved programs provide and expand after-school programs and youth outreach programs, which connect middle schoolers to internships, health clinics, and cultural activities.

This move comes after three minors were arrested for the murder of Barnard first-year Tessa Majors in Morningside Park last December. The names of all three minors have now been released, and two 14-year-olds will be tried as adults due to New York City policy. In response, the case has sparked conversation among local representatives and city officials around the need to increase funding towards youth programs.

At the public hearing on Monday evening where these details were announced, CB9 members opened up the floor to the public to discuss funding recommendations following the mayor’s release of the preliminary budget for the next fiscal year. Some of the key areas were funding schools, housing, parks, libraries, and services for senior citizens.

According to CB9 Chair Barry Weinberg, the city’s reasoning for its funding decisions lacked specificity beyond the fact that the budget is in a state of uncertainty due to potential state cuts.

“[The city] wasn’t trying to fund any new projects. … Our budget letter [to respond to the mayor] will be very specific reasoning as to why [the funding is needed] and we’ll be testifying before the city council committees,” Weinberg said.

In a public forum last October, community members and the board declared that allocating funding towards affordable housing was a leading priority. The board made several requests for support from the Department of Housing Preservation and Development and Housing Authority, including funding for affordable housing, housing for senior citizens, cultural and artistic spaces, and renovating public housing developments. However, these were all declined.

April Tyler, the CB9 treasurer and co-chair of the housing, land use, and zoning committee, said affordable housing initiatives are still top priorities, and attributed lack of affordable options to the expansive reach of landlords like Columbia, particularly through the Manhattanville expansion. Currently, only 4 percent of land in Community District 9 is vacant, which has limited the available housing space. However, CB9’s funding requests for affordable housing will not be granted by the city.

“Columbia has such an overwhelming influence on the neighborhood and government agencies. Their presence is overlarge and whatever they think they want they usually get,” Tyler said. “They’re not gobbling up properties in order to preserve the housing, they’re doing it for the future students and faculty. So that has a tremendous effect.”

Though many of the agencies’ responses to the board’s requests were denied due to insufficient funding, the Department of Youth and Community Development met CB9’s requests for funding middle school after-school programs.

Weinberg said the board had made requests to increase youth programming and lighting in all the parks in the district before Majors’ death, as the requests were sent out in October. However, while CB9 has perennially cited the need for improved safety measures in Morningside Park and dedicated funds for programming, representatives have said that requests would be denied by the city. In particular, according to Weinberg in a previous interview, dedicating more funds to youth programming has historically been difficult because of the amount of consistent funding they require.

Miriam Aristy-Farer, a CB9 board member, said the Majors case did not necessarily prompt the DYCD to increase funding in the district. Rather, she said the priority symbolized the city’s acknowledgment of a longstanding need in the community.

“City-wide, there is a push to have after school programs; this was a de Blasio agenda priority. Every middle school does actually have an after-school program free, this isn’t new, that they’re continuing to fund it, I think it was great, it’s necessary,” Aristy-Farer said.

In light of the unfunded proposals, community members emphasized the need to push for conversations with the city to request more funding.

“The purpose of this session is to develop a letter that the board sends with specific responses; we ask for something, the agency tells us no, we push forward and get additional info and then this conversation continues through other channels,” Weinberg said.