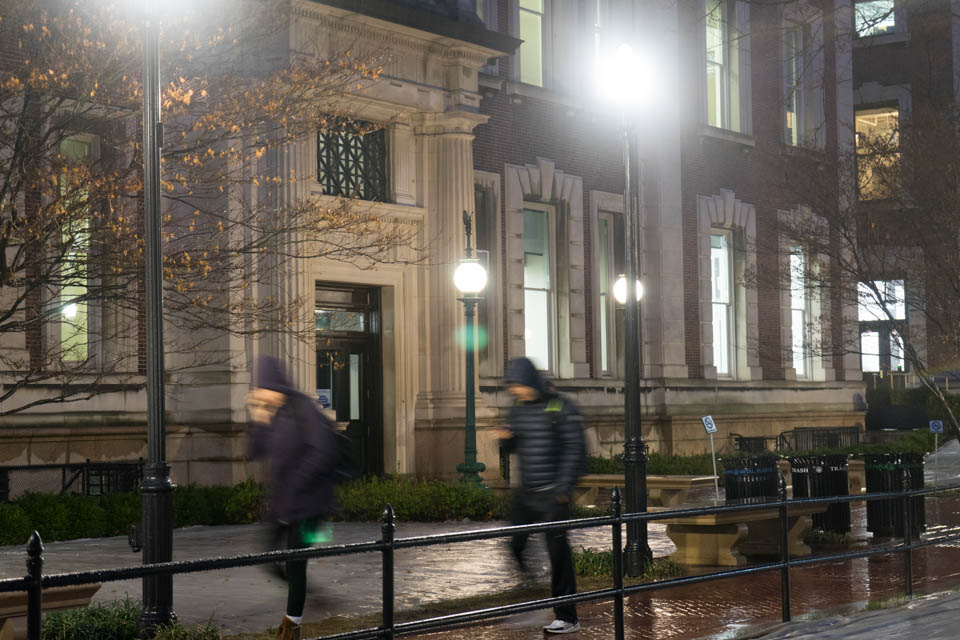 The second confirmed patient interacted with family members, work associates, and healthcare officials while being infected with COVID-19. Researchers are tracking the spread in New York, as the patient has no other relevant travel history to highly-affected countries.

Columbia suspended all its upcoming affiliated or sponsored travel plans to foreign countries until further notice, notifying students in numerous abroad programs to determine options for their return back to the United States, according to emails by interim provost Ira Katznelson.

In the past few weeks, increasing concerns of pandemic following the international spread of the COVID-19 coronavirus have sent administrators across both Barnard and Columbia scrambling to keep up with updates from public health authorities. Following weeks of apprehension that caused the cancellation of major public gatherings and the rise of anti-Chinese sentiment on campus, New York City saw its first case on Sunday. The 39-year-old patient had traveled to Iran prior to revealing symptoms and is currently in the recovery stage in her Manhattan home.

In light of the growing outbreak, the Centers for Disease Control and Prevention issued guidance that institutes of higher education should “consider postponing or canceling student foreign exchange programs” due to “unpredictable circumstances” and “travel restrictions.” The fast-paced passage of government regulations will likely affect many who are traveling overseas, as entry restrictions are being considered by the Trump administration on travelers from Eritrea, Kyrgyzstan, Nigeria, Myanmar, Sudan, Tanzania, Iran, Libya, North Korea, Somalia, Syria, and Yemen.

Typically, Columbia offers programs such as externships, research travel opportunities, and service programs for students and faculty to go abroad over spring break. The University suspended all upcoming programs until further notice, and also advised students to reconsider their nonessential international travel in the meantime, while restricting any Columbia Travel to China, South Korea, and most recently, Iran and Italy, as a precaution from the CDC’s Level 3 Travel Warning.

For students currently studying abroad, Columbia and Barnard have both said they would evaluate if it would be warranted to return from their host country. Administrators could not be reached immediately to specify which programs will be affected, and further, the discrepancies between Barnard and Columbia’s evaluation process.

Spectator obtained an email sent on March 3 from the University that requested students participating in study abroad programs in the United Kingdom to complete a form through the Center for Undergraduate Global Engagement by March 5 after which UGE advisers will work with students to develop a plan after their return to their permanent residence. Fifty-one cases of the virus have been announced in the U.K. so far.

Barnard administrators also sent an email to students in the program but did not request that students immediately return home. Instead, the email detailed that Barnard would contact students to “evaluate their individual situations, and as appropriate, to begin the process of arranging for their return home.”

In a separate statement to Business School students by Dean Costis Maglaras, administrators mentioned the possibility that Columbia may have to move to remote instruction.

“We are readying our faculty and staff to make this transition should the need occur,” Maglaras wrote.

Maglaras’ communications come alongside the second confirmed case of COVID-19 in New York, announced on March 3. The patient is considered the first “community spread” case in the state. While infected, the patient interacted with his family—which includes school-aged children—in New Rochelle and commuted to work in Manhattan.

The patient, who suffered from a respiratory illness, began to feel sick almost a week before being admitted to Lawrence Hospital in Bronxville on Feb. 27. He is currently being treated at the Columbia University Medical Center.

Government officials have mandated screenings, quarantines, and travel bans to ensure that individuals traveling from highly affected areas, which are primarily in China, would not present the potential for further contamination. However, the patient has no known travel history to countries that presented a concern to the spread of the virus.

Individuals who have had significant contact with the patient will be tracked and monitored, according to a tweet from New York Mayor Bill de Blasio.

Following a series of releases from New York City Public Schools advisories, there are no current plans to halt operations but schools in the area have been given the option to voluntarily close as a result of the threat of contamination. Among them, the school attended by the patient’s child, Salanter Akiba Riverdale Academy in Riverdale, New York, would be closed for investigation, according to Gov. Andrew Cuomo in a news conference this morning.

In an effort to track potential exposure to the virus, scientists predict that the low rates of testing will likely enable the spread of the virus with little detection.

University operations will continue across Columbia’s campuses. The statement assures that a policy task force, informed by virologists and epidemiologists who are conducting research at the University, will continue to pursue oversight as further news of COVID-19 is made available.