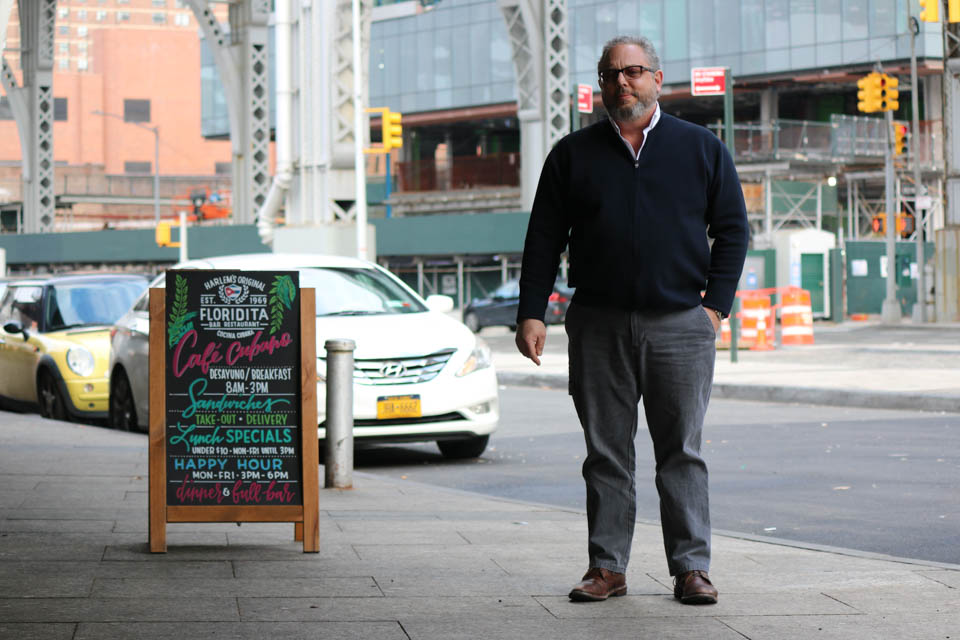 This is the first part of a three-part series. Click here to read the introduction.

Ramon Diaz’s parents opened Harlem’s Floridita on Broadway and 125th Street in 1969. He remembered going to the restaurant in his youth and knew employees who had worked at Floridita from their teens to retirement.

He grew up in Floridita, and he watched Floridita’s customers grow up around him.

The restaurant was bustling. Back then, Floridita was a 24-hour diner. They had 57 employees, and its low price points attracted a variety of customers. It was located right next to a Shell gas station, which attracted droves of taxi drivers in the mornings, and was across the street from the 125th Street subway station and bus stop. 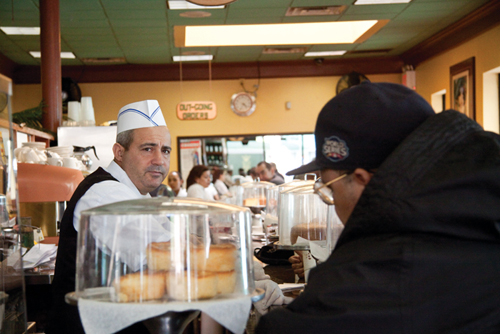 With the closing of Floridita for more than two years during relocation, 57 employees, some of whom have worked there for over 20 years, were out of jobs. Courtesy of Ramon Diaz.

“We’d open up at 6 o’clock in the morning. I’d have staff coming in at 5 to prepare everything. Between 6 and 8, it was a madhouse of people, you know, between breakfast and a lot of people picked up their lunches in the morning to take to work with them,” Diaz said. “We were in front of a bus stop and the train station was in the corner. The coffee machine wouldn’t stop. We were talking, I don’t want to lie to you, but it was about 500 to 600 pounds of coffee a week to make espresso. It was very dynamic.”

But when Columbia decided to expand its campus into Manhattanville, the restaurant, which Diaz now owns, became prime real estate for the University. Floridita was then relocated to a University-owned building away from the hustle and bustle of the neighborhood on Broadway Avenue.

The University offered Diaz money to compensate for his relocation and made him sign a non-disclosure agreement, barring him from discussing the details of the negotiations.

“I exhausted myself and them in trying to negotiate something better,” Diaz said. “They did negotiate, … but they certainly have far more experience at this. I had never negotiated anything like that.”

Though unable to comment on specific cases, a University spokesperson said in a statement that Columbia underwent extensive discussions for negotiations with the relocated businesses to ensure that those businesses had an opportunity to address items of concern with the University.

All compensation provided to relocated businesses was negotiated on an individual level. Business owners in the area were not represented in negotiations around the Community Benefits Agreement, which could have provided them with a say in the long-term, contractual commitments provided to other organizations in the commitment, according to Theodore Kovaleff, a Community Board 9 member who was a part of these negotiations. CB9 is a local advisory board that represents Morningside Heights and surrounding areas.

Kovaleff said he reached out to several businesses to be represented at the negotiation table.

“I don't think the businesses really were thinking as proactively as they might have,” Kovaleff said. As a result, the CBA’s broad commitment to economic development and local business owners does not translate into any formal, contractual support to businesses impacted by Columbia construction.

Maritta Dunn, a former community board chair who also was a part of CBA negotiations, said she does not think the University needs to provide additional aid to these businesses who knew the area would be a construction zone upon moving in.

“Columbia bought up these properties about six to seven years before announcing the expansion [in 2014],” Dunn said. “They’re really smart, and the community was not aware of what they were doing. What we need to do is learn how to plan in advance.”

Lizette Lebron, managing partner of Dinosaur BBQ, started at the restaurant about nine months after it opened in 2004. Back then, Dinosaur was one of the only establishments on 12th Avenue. Yet, she said, the restaurant managed to attract a large following.

In 2009, Columbia relocated the business across the street to its current location. Lebron smiled fondly when thinking about the memories she made at the old location. She missed it, but she was satisfied with the new location. She said it is brighter and more open.

After Diaz relocated Floridita, he was disappointed that the place he thought of as home was no longer his but remained eager to reopen. However, when he discovered asbestos in the property he rented from Columbia, his plans were deterred.

Diaz said that he expected the move to take eight months; it ended up taking 32. He took the University to court over the facilities and lost, with the court finding that Diaz decided to rent the property “as is,” freeing the University from any legal obligations.

The legal battle—between lawyer fees, time when the business was closed, and removing the asbestos—had an enormous financial impact on Diaz. Being out of business for so long left his employees out of work, many of whom had to find other jobs as a result.

When Floridita reopened in 2012, Diaz had to completely change the restaurant’s identity. Being so far from the action of Broadway and the cab drivers who would fuel up at the gas station, it could no longer be the everyday neighborhood diner it once was. He had to start marketing the restaurant as a destination, relying on customers who drove from other boroughs and New Jersey.

The move also changed the unique community Floridita created. It made Diaz cut his staff from 59 to 19 employees, and now most of his customers are strangers.

“I never expected to be at the numbers that I was doing on Broadway,” he said. “I knew it was impossible.”

Starting roughly two years ago, Dinosaur BBQ has seen large decreases in revenue, which Lebron attributed to the parking conditions imposed on the area by the New York City Department of Transportation and Columbia construction.

She said she often receives calls from customers concerned about the parking situation and has lost a considerable amount of customers because they have such difficulty finding free and nearby parking.

As a destination restaurant, Dinosaur BBQ is dependent on customers who come from other boroughs or New Jersey. Many of their customers opt to come by car, since the area is not well connected by public transit but is easily accessible by the Henry Hudson Parkway. But when construction intensified, no standing signs started appearing, taking up many parking spaces. In addition, DOT regulations also took out parking, modifying the area to ensure safer traffic flow, DOT officials said, though business owners doubted there was a safety issue.

Hundreds of construction workers currently work on the construction zone everyday, and while they also take up parking spots during the afternoon, business owners have said that the workers have supported their establishments. Once the business school opens in 2022, an additional 3,000 students, faculty, and administrators will be in the area every day.

According to city representatives, the goal is to ensure that the restaurants see enough foot traffic to no longer be dependent on parking. But the construction accompanied by “No Standing Anytime: Temporary Construction Regulation” signs has forced businesses to question whether they will survive to see those benefits.

[Related: Manhattanville campus plans to make 12th Avenue pedestrian-friendly, but will businesses survive until then?]

Lebron said that improvements to the avenue, including the addition of a Citi Bike rack and the construction of sidewalks, have done little to increase pedestrian traffic, but she said she has faith that the coalition of stakeholders will work to solve the problem.

In 2014, Diaz told Spectator that the relocation brought a new diverse clientele base which included hundreds of construction workers. At that time, the corridor had a newfound sense of growth as more pedestrians came into the area relative to a decade earlier, but the excitement quickly began to shift as parking issues cut off a large portion of the businesses’ customer base.

Now, Floridita is seeing deficits of over 30 percent.

Continue reading Part 2, in which businesses owners that arrived at 12th Avenue during construction describe the pain points in the corridor.