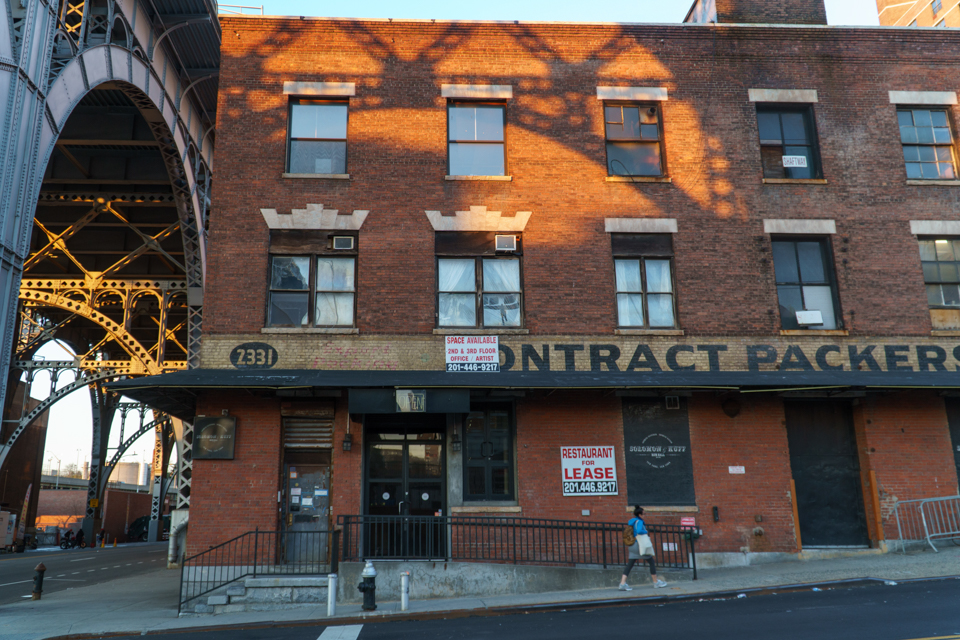 Ramon Diaz, a longtime business owner in the Manhattanville neighborhood, views his restaurant as home. Throughout his time, Floridita has served generations of families and became a place where younger customers, who had originally eaten there as children, would later return with families of their own.

But that was before Floridita signed a lease with Columbia in 2010 to relocate from Broadway to 12th Avenue, as part of the University’s initial plans to build a state-of-the-art campus in the restaurant’s former location.

“It was a different kind of world back then,” Diaz said, citing the difficulties he faces attracting customers now.

By 2009, wooden construction walls and caution cones spread across entire blocks on 12th Avenue. The area—both isolated as a home of industrial buildings and now as a construction zone—remained devoid of pedestrians and the foot traffic on which Diaz formerly relied.

Since the onset of Columbia construction, businesses located on the 12th Avenue corridor have all reported a revenue loss of around 30 percent. Two establishments have even closed their doors this past summer.

University President Lee Bollinger announced a plan to expand the space-stressed Morningside campus in 2003. Adding 17 acres of additional land, the multibillion-dollar project would create new campus buildings in Manhattanville between 125th and 133rd streets. According to the project website, the new buildings are meant to revive the neighborhood and draw the community into these areas, which include the 12th Avenue corridor—not the retail space it now touts.

Now, 12th Avenue businesses eagerly await the opening of the Business School. Many, however, fear potential construction delays like those faced by the School of International and Public Affairs building, which was slated to open in 2020 but has not yet opened.

The Business School building is scheduled and on track to open in 2022, according to a University spokesperson. But even without delays, the construction of the school’s two buildings looms for at least another two years, while other areas of Manhattanville construction are slated for completion nearly a decade in the future. In the meantime, businesses have called for the University and the city to help them survive long enough to reap the benefits of the revived corridor.

Some have attributed revenue declines to construction isolating the area. Large construction sites, coupled with insufficient parking and a lack of access to major public transportation, have made the area undesirable for pedestrians.

Floridita, which used to rely on the heavy foot traffic along Broadway, had to adjust to the new economic landscape on 12th Avenue—one in dire need of external assistance.

[Related: Senate committee on space and development left in the shadows of Manhattanville expansion]

The consensus among these 12th Avenue businesses was clear: They were not prepared for the University’s construction, and the University has not provided them with a safety net, despite its disruption to the corridor.

“We felt like we were being told that we could be helped out, but nobody ever sat down and said ‘We can get you some money, fill out this paperwork. Here it is; we can get you some development money.’ There was never any official [proposal] like that,” Bierstrasse owner Roy Henley said.

Negotiated among University administrators and city officials, the Community Benefits Agreement, signed in 2009 after Bollinger announced the Manhattanville expansion, promises a total of $150 million to the community. Under the CBA, the $76 million Benefits Fund provides funding initiatives to community nonprofits, employment, affordable housing, and more as a means of compensating the community for the impacts of the Manhattanville expansion. However, none of these $76 million Benefits Fund is allocated to for-profit establishments.

According to West Harlem Development Corporation Executive Director Kofi Boateng, whose organization oversees the distribution of the Benefits Fund, the money could theoretically go to these businesses. However, the organization has strategically chosen not to fund for-profit organizations using the CBA money because of tax stipulations. If WHDC granted for-profit institutions money, it would need to pay taxes to the IRS, Boateng said. Additionally, he added he did not want to put money earmarked for the community toward privately-owned organizations.

“We don’t give them money, but we bring the parties to the table to have collective conversion,” Boateng said. “We are trying to help indirectly, but we are not absent from the issue.”

The CBA does have initiatives in place to promote economic development, stating “CU expects the project to generate new local jobs and economic opportunities for the benefit of the local community.” For retailers, the University has committed at least 12,000 gross square feet of the Manhattanville site to local businesses and entrepreneurs.

But besides negotiations made between two relocated businesses and Columbia administrators, the University has no contractual responsibility to aid the remaining establishments, leaving the question of who, if anyone, has an obligation to support the declining retail area in the midst of Manhattanville construction.

For one, business owners were not represented at CBA negotiations where they could have voiced their concerns over the impacts of Columbia constructions—a point that community leaders said were at the fault of uninformed businesses.

Many of the businesses that chose to open on the 12th Avenue were fully aware of the impending construction that 12th Avenue would face, because for many, they chose to invest in Columbia and the neighborhood. Now, they ask if the University will invest in them.

Continue reading Part 1, in which businesses relocated by the University discuss how they have adapted to their new locations.