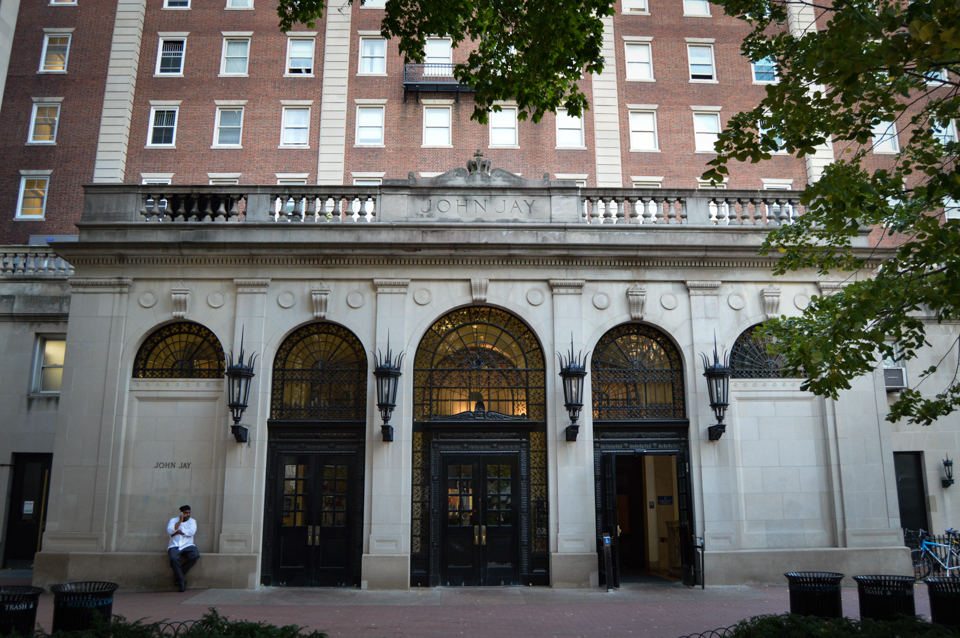 All students remaining in on-campus housing will be relocated to buildings adjacent to the South Lawn.

All students remaining in on-campus housing this semester will be relocated to residence halls adjacent to the South Lawn, an area that largely consists of dormitories typically designated to first-years, Columbia Housing wrote in an email Thursday afternoon. The announcement comes as the state turns toward campuses to accommodate COVID-19 patient overflow and New York University is evacuating its housing so that it may do so.

Last week, Columbia followed in the footsteps of many universities and gave students under a week to leave their dormitories—making an exception for students with travel restrictions, visa restrictions, or safety issues at home. The University has not yet announced plans to turn its housing into facilities for patient use.

As of Thursday afternoon, over 5,200 people in New York had tested positive for the new coronavirus, with 3,615 of those people located in New York City. There have been a total of 29 deaths in New York, 22 of which have been reported in the city. As the number of positive coronavirus cases increases nationwide, the ability of the country’s healthcare system to manage the growing pandemic has been called into question. An analysis done by the Harvard Global Health Institute has shown that there are many parts of the United States with far too few hospital beds in relation to the anticipated number of COVID-19 cases.

As the outbreak grows, the New York City Health and Hospitals Corporation and the NewYork-Presbyterian Hospital have taken measures to prepare for the predicted influx of patients by canceling nonemergency surgeries. In the meantime, state officials have requested additional help from volunteer retired medical workers.

Following Gov. Andrew Cuomo’s op-ed in the New York Times, which advocated for using existing facilities like military bases and college dormitories as temporary medical centers, universities have been alerted to the possibility of health care efforts tapping into their various medical resources.

To that end, on March 16, NYU undergraduates received an email explaining that students were asked to leave their campus housing as part of a state-wide effort to provide overflow bed settings to accommodate for “overwhelming numbers of sick patients.”

Yesterday, the Food Pantry at Columbia, a student initiative with the mission of fighting food insecurity at the University, announced that it would have to leave from its newly-implemented Bard Hall location, the first residential hall to be completely evacuated. According to a University spokesperson, there are currently no plans to use Bard Hall for patient use, but it—like other buildings—was vacated to create safer spaces for students remaining on campus.

Michael Higgins, GS ’21, the co-founder and chair of the pantry, is working with Bard Hall affiliates to find an alternate location for the food currently housed there. Currently, the two other locations in Lerner Hall and Barnard Hall are fully stocked. Higgins believes that, due to both student donations and administrative assistance, the food pantry can sustain the student population remaining on campus through the end of the semester, even if access to the Bard Hall location remains closed off.

Though the University has asked students to move off-campus, those who are unable to return home have been guaranteed housing for the remainder of the semester. The remaining student population faces limited access to campus dining services, as only two dining halls, John Jay Dining Hall and the Diana Center Café, remain open with shortened hours and are grab-and-go only. Two weeks ago, the pantry received 76 visits, and this week it is on pace to accommodate 125 to 150 visits.

“I think after this is all said and done, The Food Pantry at Columbia is going to come out of this stronger,” said Higgins. “We’re going to have a very significant presence within the University for a very long time. I think that because of this, there won’t be too many arguments that food insecurity is not a thing. Our data will prove that it absolutely is a thing.”

Near the peak of the coronavirus outbreak, experts have repeatedly emphasized the need to plan ahead, especially as it becomes more apparent that the U.S. healthcare system is at risk of being overwhelmed. Already, healthcare officials fear a shortage of hospital beds, masks, and ventilators. University Professor Wafaa El-Sadr, director of the Global Health Initiative at the Mailman School of Public Health, believes that within the next few months we will have a better sense of the trajectory of the outbreak. Until then, however, it is vital that various entities continue to plan ahead.

“One of the most important things to think about is, ‘What is the capacity?’” said El-Sadr. “Not just the capacity today of our health system, but to think of what will be needed tomorrow, and next week, and the week after, and so on. I think this is what’s been done elsewhere, to anticipate the need for more space to house people who have COVID-19 and if the need arises, then, to be able to utilize the resources and the capacity that exists in empty housing.”