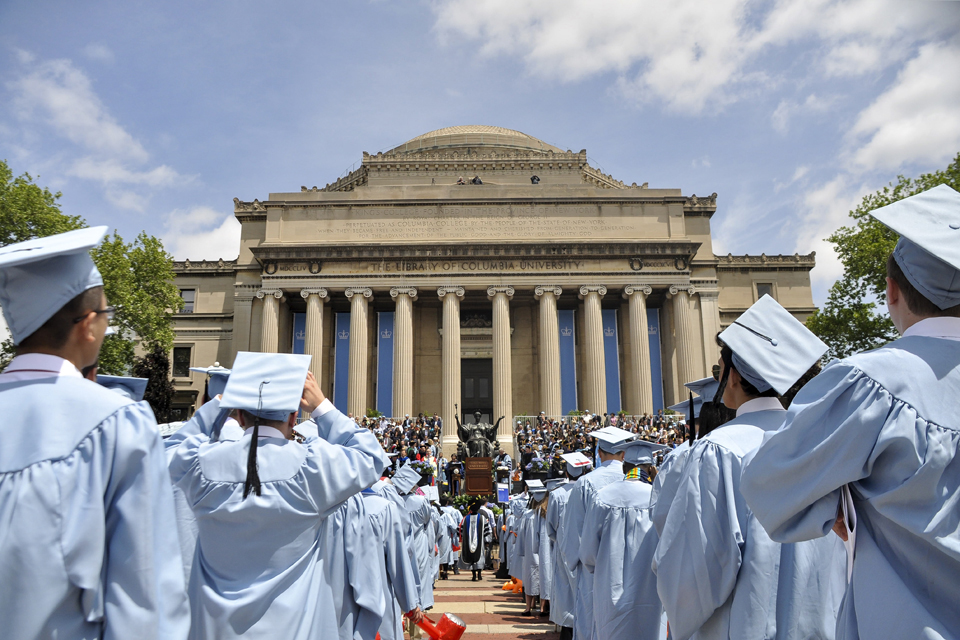 The class of 2017 sits in anticipation of their official matriculation from Columbia.

The scheduled Commencement ceremony for the class of 2020 will be canceled for the foreseeable future, University President Lee Bollinger announced in an email to University affiliates on Friday afternoon. While graduates will receive their degrees on May 20, there will be no formal congregation to celebrate students walking the stage.

Barnard announced that they would also postpone the College’s commencement for a later time, according to an email sent by President Sian Beilock.

The University’s announcement comes in light of recommendations from the Centers for Disease Control and Prevention that events with more than 50 people be canceled for the next eight weeks in order to prevent the transmission of the new coronavirus. According to experts, the rate of the outbreak may require more stringent containment measures, including strictly enforced social distancing, for about two months. However, there is still uncertainty regarding when the outbreak will abate given a lack of available testing and knowledge about the virus.

Columbia saw its last notable disturbance of Commencement in 1968, when the ceremony was moved to the Cathedral of Saint John the Divine from Low Plaza following the 1968 protests. Commencement was also canceled in 1775, when the outbreak of the American Revolutionary War forced King's College President Myles Cooper to flee to England.

Bollinger stated in the email that given the volatility of the COVID-19 situation, no alternative plans for Commencement can be made yet, but he assured students that he will confer degrees on May 20 and that there will be “a plan to honor and celebrate” the class of 2020.

“We are and will continue thinking about this every day, and we will have a plan to honor and celebrate your successes. Speaking personally, there is no academic ceremony I love more, and I expect to love this one the most,” Bollinger said.