Over a fourth of West Harlem did not self-report in the 2010 census. COVID-19 could make numbers worse.

Over a fourth of West Harlem did not self-report in the 2010 census. COVID-19 could make numbers worse. 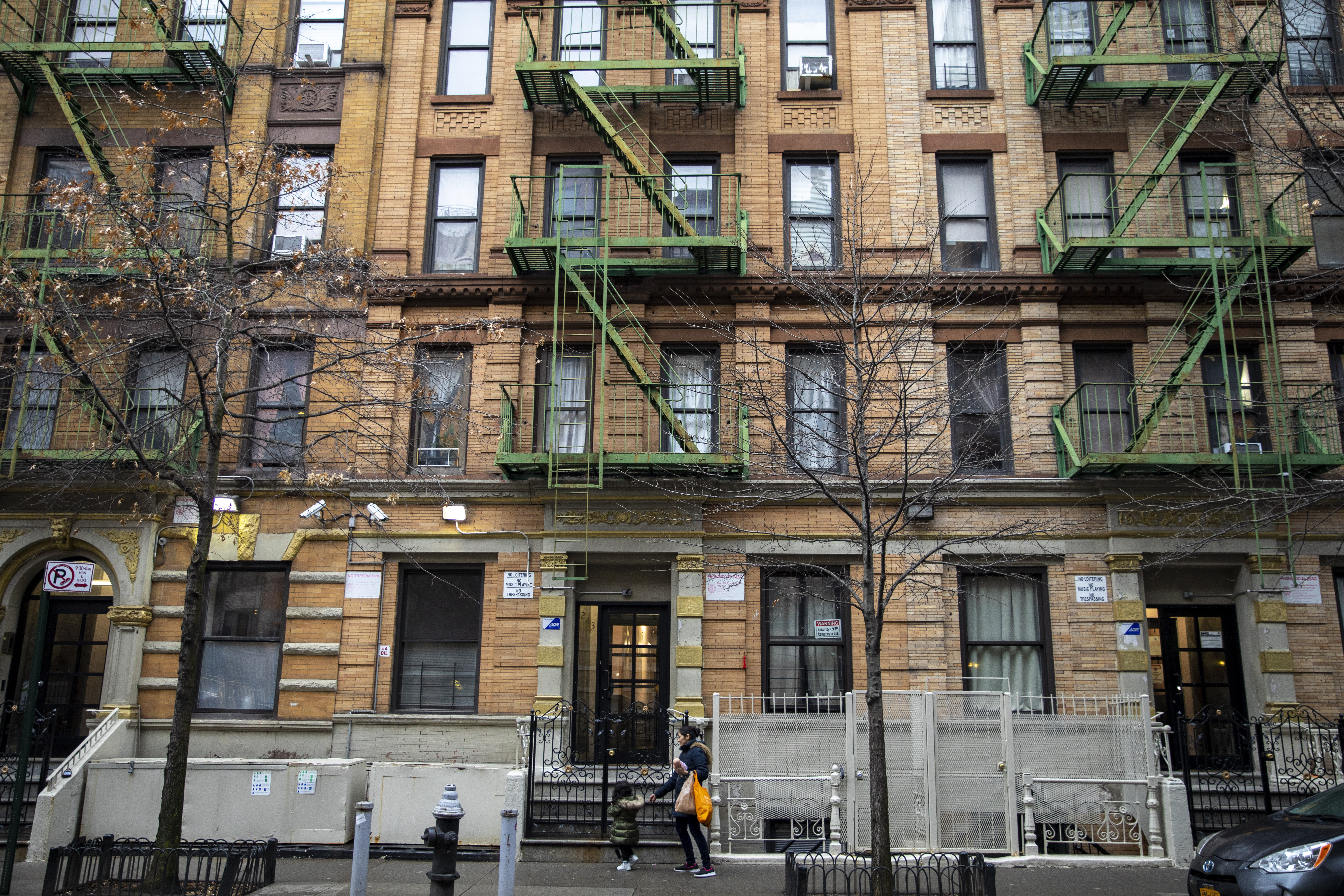 West Harlem stands to gain more funding for education, public transportation and senior services if its population is counted accurately in the 2020 census, but COVID-19 may negatively impact the census operations.

This article is part 2 of a two-part Spectator series, Undercounted, which covers the 2020 census, its role in the West Harlem community, and how the COVID-19 pandemic may leave lasting effects. Go back to part 1 for more information on how Columbia students impact the local census count.

Suki Ports, a resident of Morningside Heights for over 50 years, said she has seen a lot of changes in the neighborhood, but some things have unfortunately stayed the same.

As a mother, Ports said that she was dismayed when she learned that the local public elementary school, P.S. 125, which served nearly 2,000 students, was overcrowded and under-resourced. Public schools like P.S. 125 receive funds at a rate that does not match the growing influx of students, causing wealthier, predominantly white families to flock to private schools. According to Ports, this exacerbates segregation and educational disparities within Morningside Heights.

[Related: Of Community Board 9’s 80 financial priorities, only two were given money from the city]

“I felt like I couldn’t send my kids to [the public schools],” Ports said. “And I was among many people raising a fuss to get more money for public schools.”

According to Victor Edwards, second vice-chair of Community Board 9, a local advisory board representing Morningside Heights and surrounding areas, some schools in the district only have books on carts as opposed to more financially-stable schools in the southern end of the district that have libraries.

“We clearly aren’t getting the amount of resources that we need to support the population that we have,” Edwards said.

Education funding is one of the many issues at stake in the 2020 census. But census experts and community members have expressed concern that the neighborhood—along with other neighborhoods home to marginalized communities—has historically been undercounted, resulting in decreased funding for affordable housing, education, and transportation programs.

College students have also been a central component of the census count debate. While they utilize the resources of surrounding communities during the academic year, they vote in their hometowns and are claimed by their parents as dependents on tax forms. As a result, many have remained confused as to whether college students should be counted.

According to Aldrin Bonilla, Manhattan deputy borough president, undercounting in the 2010 census has led to insufficient resources for many programs in West Harlem and Morningside Heights. If fully-counted, West Harlem could gain more resources and funding for public schools and after-school programs. Additionally, public transportation and senior programs, such as Meals on Wheels, could be expanded.

In the 2010 census, only 61.9 percent of the city’s population was recorded, according to New York City census data. While self-response rates were higher in Morningside Heights and West Harlem, hovering around 71 percent, over a quarter of these areas’ populations were still potentially unaccounted for. 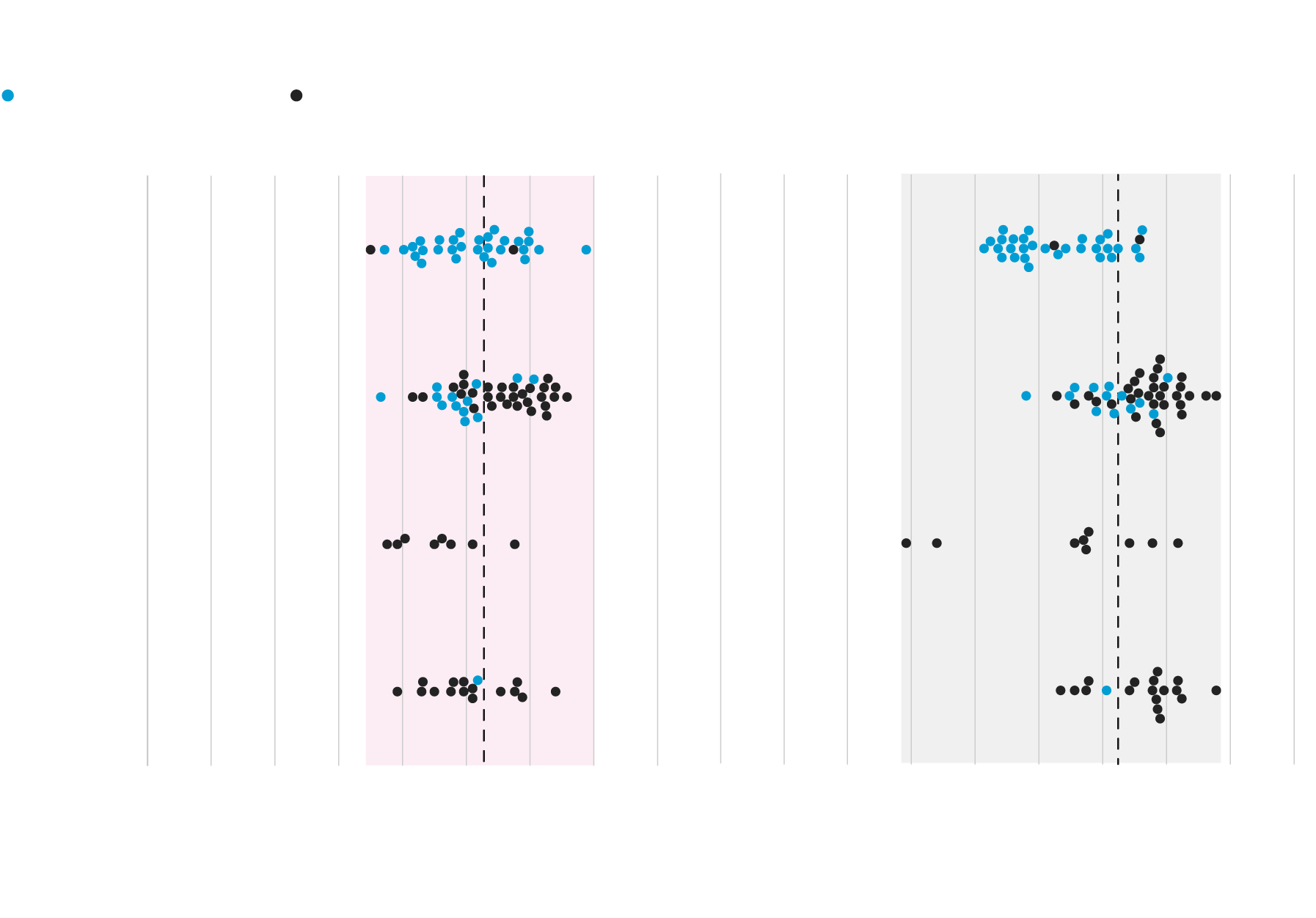 Self-response rates by census tract, organized by the group

Census tract outside of Harlem

Self-response rates by census tract, organized by the group that makes up at least half of the population within the tract

Census tract outside of Harlem

With the 2020 census underway, government officials have stressed the importance of the census in ensuring adequate funding and resources for neighborhoods like West Harlem. But with New York City as the COVID-19 pandemic epicenter in the United States, new, unforeseen barriers threaten to exacerbate existing problems surrounding census response rates.

Aries Dela Cruz, Manhattan borough lead for the New York City census and CC ’09, said that undercounting trends among the community often seem to fall on race and class lines due to distrust of the federal government. In Manhattan, the lowest self-response rates tend to occur in communities of color, with Chinatown, parts of the Lower East Side, and Central Harlem as some of the most difficult communities to reach, Cruz said.

Additionally, areas of New York have large populations of undocumented immigrants, who fear legal retribution from filling out the census, particularly after the Trump administration’s push for a citizenship question on the 2020 forms. New York is home to approximately 560,000 undocumented immigrants. The population of Community District 9, which includes Morningside Heights and Manhattanville, is 36 percent immigrants.

Following the completion of the 2010 census, then-New York City Mayor Mike Bloomberg and his officials argued that the 2010 count overlooked at least 50,000 New York City residents living in homes and apartments that the U.S. Census Bureau had concluded were vacant. The “door knocking” phase of the census is vital for counting these historically undercounted groups, and the delay may lead to inaccurate results, Lowenthal said.

According to Bonilla, households in marginalized communities often do not include renters or boarders in the census because they either do not consider them to be a part of the household or fear legal consequences. Additionally, many households do not count children, especially those under five years of age.

“In public housing, in particular, they feel that the landlord will find out that they aren’t compliant with the lease and will raise the rent or things of that sort,” he said. “All of which are not true at all. The census is 100 percent confidential.”

However, with the COVID-19 pandemic limiting movement among residents, much of the Census Bureau’s former methods of getting responses have become impossible and may prevent or delay this portion of the census. According to Lowenthal, the pandemic has created an unprecedented disruption to the census, which normally takes a full decade to plan.

The longer the census takes to be administered, the less accurate it becomes, she said, as the questions will still refer to the size and location of the household in April 2020. If the “door knocking” phase of the census is postponed to fall 2020, some people may not be able to remember who lived in their household in April and some (especially low-income families) will have moved. Furthermore, September and October are peak hurricane seasons, which could further disrupt the process.

Bonilla acknowledges that COVID-19 will negatively affect the accuracy of the second in-person phase of the census. However, he argues that there could potentially be an increase in participation in the self-reporting phase.

“I think the first phase of the census can be positively impacted, in the sense that if people are at home they are more likely to fill it out online [over the phone or by mail],” Bonilla said.

Further, as of 2020, the Census Bureau instituted a program to count college students living on campus through enumeration methods at the University, often with in-person outreach by administrators. However, following the evacuation of thousands from campuses due to the COVID-19 outbreak, administrators have had to find new methods of ensuring an accurate count of their students.

Julie Menin, New York City census director, said in a March 24 virtual meeting regarding the pandemic that a key point of messaging for the census is that it will impact healthcare.

“We want to make sure people understand [that] funding for hospitals and Medicaid is directly linked to the census,” Menin said, adding that the Centers for Disease Control and Prevention often uses census data in allocating funds for programs and initiatives.

To combat the barriers imposed by COVID-19, the 2020 New York City census team is looking to deploy hands-on strategies to spread the word about the census.

According to Cruz and Menin, this involves a multi-pronged plan that involves an $8 million advertising campaign and extensive “field” work, both of which have been impacted, but not eliminated, by the COVID-19 pandemic. Instead of hosting events with city partners to promote the census, there are now at-home text-athons and phone banking.

The New York City 2020 census strategy has also created grant programs and community partner engagement programs. These community partners, which include city agencies, nonprofits, corporations, houses of worship, and more, Cruz said, often hold great local knowledge, understanding, and power, which often puts them in a much better position to advocate for the census—especially if the communities they serve distrust the federal government.

Cruz said that this type of attention to the census by New York City is practically unprecedented.

“Before this year, there was virtually little effort in a systemic way comparable to what New York City is doing now,” Cruz said. “No other municipality is doing what we’re doing, and we’re being closely watched by other cities and organizations.”