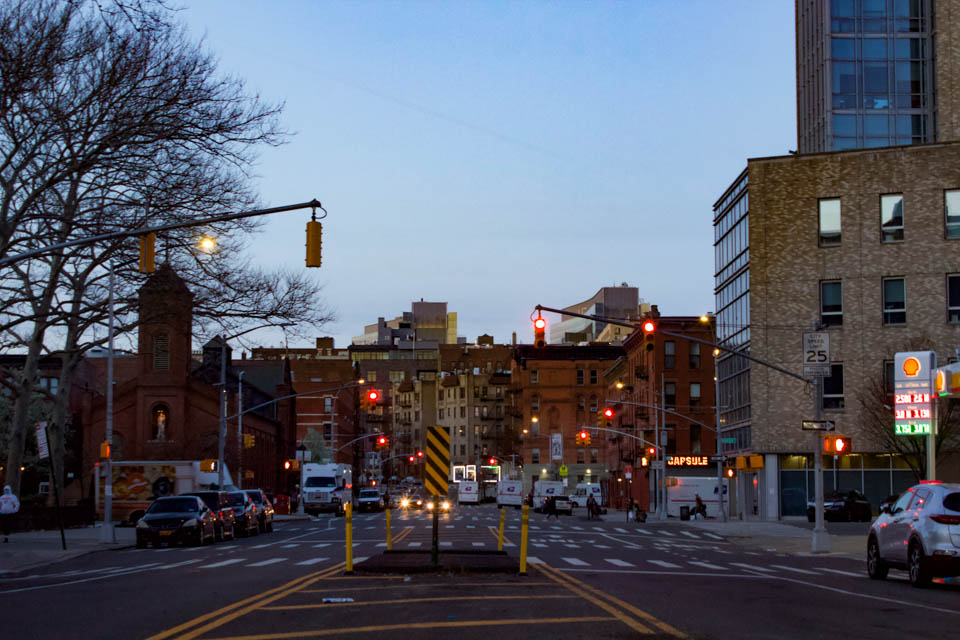 Outside of the pandemic, these communities have limited healthcare access, as the number of NYC hospitals shrink and primary care specialists are disincentivized to serve Medicaid patients.

When the nation’s emergency rooms were empty, low-income Black communities did not have access to nearby hospitals. When specialized doctors were still booking appointments, they did not schedule patients on Medicaid.

How do you protect the public’s health during a catastrophic pandemic when it was never protected in the first place? Read Spectator’s coverage of the centuries-old inequalities that are intensified by the COVID-19 outbreak.

Existing data suggests the coronavirus pandemic may be hitting the Black community the hardest. Predominantly Black, low-income communities in New York City, such as Wakefield in the Bronx, have exhibited high numbers of coronavirus cases. Outside of the pandemic, these communities have limited health care access, as the number of hospitals in New York City are shrinking, and primary care specialists are disincentivized to serve Medicaid patients.

Amid the COVID-19 pandemic, doctors and politicians in New York City and across the United States are calling for the release of data which reveals the racial inequalities in our health care system.

Black Americans in some urban areas are dying at higher rates than other racial groups, but are the least likely to be tested for COVID-19. Black residents make up 70 percent of coronavirus deaths in Louisiana and are dying at six times the rate of white residents in Chicago. Meanwhile, research also shows that Black Americans are less likely to be referred for coronavirus testing than other groups, according to a report by biotechnology firm Rubix Life Sciences that analyzed billing information from health care facilities in seven states, including New York.

These contradictory revelations have raised questions about the validity of existing data and fueled calls for more information.

Despite widespread recognition by experts of structural disadvantages for Black Americans in the American healthcare system, the government has not collected or reported any data which correlates the infection rate of COVID-19 to race or ethnicity publicly, at either the national or local level, at least in New York City and as of Tuesday night.

Nurses at Harlem Hospital are currently protesting the shortages in protesting masks and gowns, indicating that resource allocation varies even for communities with hospitals.

On Monday, a national group of lawyers and doctors sent a letter to Alex Azar, secretary of the U.S. Department of Health and Human Services, demanding that the federal government release coronavirus data by race and ethnicity partly to “ensure COVID-19 tests are not being administered or withheld in a racially discriminatory manner.” Five Democratic lawmakers penned a comparable request to Azar on March 27.

In another letter sent last Thursday to Mayor Bill de Blasio, New York City Public Advocate Jumaane Williams urged the city to release similar statistics organized by race, writing that his office has fielded concerns about disproportionate test availability. Tracking and publishing the data, Williams wrote, would be “critical to facilitating the allocation and distribution of resources to the areas most in need.”

Dr. Taison Bell, an assistant professor of medicine at the University of Virginia who specializes in infectious diseases, said the lack of testing nationwide was the “first enterprise-level failure” in response to the outbreak because it forced state and local officials to ration tests by using criteria that reinforced socioeconomic divides. As the pandemic unfolded, for example, determining factors for test recipients hinged on whether they had recently traveled outside of the United States or been in direct contact with someone who had tested positive for the coronavirus.

“Say you’re in a community in Brooklyn, where you may have two people in the same zip code but one of them is a white professional and one of them is an African-American, underserved minority community patient,” he said. “Who is more likely to have traveled to China or to Italy or to somewhere where there’s a hot spot? That person is much more likely to get tested, and ultimately get access to care, and access resources.”

Dustin Duncan, an associate professor of epidemiology at the Mailman School of Public Health, said although he has not seen published work on the topic, it is plausible that health care disparities faced by the Black community during the coronavirus pandemic echo a historic theme of inaccessibility.

“I’d imagine that there would be significant disparity as we see in the kind of overall health in different domains,” he said. “For example, we know that there are differences in testing for HIV, cancers, etc. by race [or] ethnicity, where [Black people] usually have poorer testing outcomes and are less likely to get tested than their majority counterparts.”

The lack of testing availability has plagued the national response to the coronavirus for months. The Centers for Disease Control and Prevention sent the first 90 testing kits to New York City on Feb. 6 and 7 in response to a letter from Raul Perea-Henze, the deputy mayor for Health and Human Services. Those tests provided inconclusive results, prompting follow-up letters from Perea-Henze. According to city health officials, by March 6, the CDC had sent the city only about 2,000 tests, a number that Perea-Henze assured in his third letter to the agency would “not meet the needs” of “America’s most populated city.”

Testing for the virus has since been further restricted, with New York City health officials issuing guidance on March 20 that restricts hospitals from testing non-hospitalized patients.

“There are going to be disparities for everyone if you don’t have tests,” Bell said. “But then when you enter a situation where you have some capacity but it’s constrained, then there’s going to be some rationing of who gets tested, and that’s where I’m concerned that minority communities and communities that are going to have a high risk of rapid spread and a lot of comorbidity from this are going to be at risk once we transition to that phase.”