Methodology: How Spectator mapped the disparity in healthcare access between the segregated neighborhoods of NYC

Methodology: How Spectator mapped the disparity in healthcare access between the segregated neighborhoods of NYC

In the 1890s, Mount Sinai Morningside and Columbia committed to keep Morningside Heights white and wealthy. What happens when the neighborhood founded on the exclusion of Black people has the only hospital in West Harlem?

To answer this question, Spectator spoke to economists who explained why the hospitals cannot afford to care for Black, low-income communities. Meanwhile, our graphics team analyzed the accessibility of healthcare based on income levels of neighborhoods in New York. The map below, for example, illustrates a clear correlation between income levels and the number of emergency hospitals in the city’s neighborhoods, population density aside. Other maps examine the relationships between income levels and the number of hospital beds, in addition to the walking and transit accessibility of hospitals. 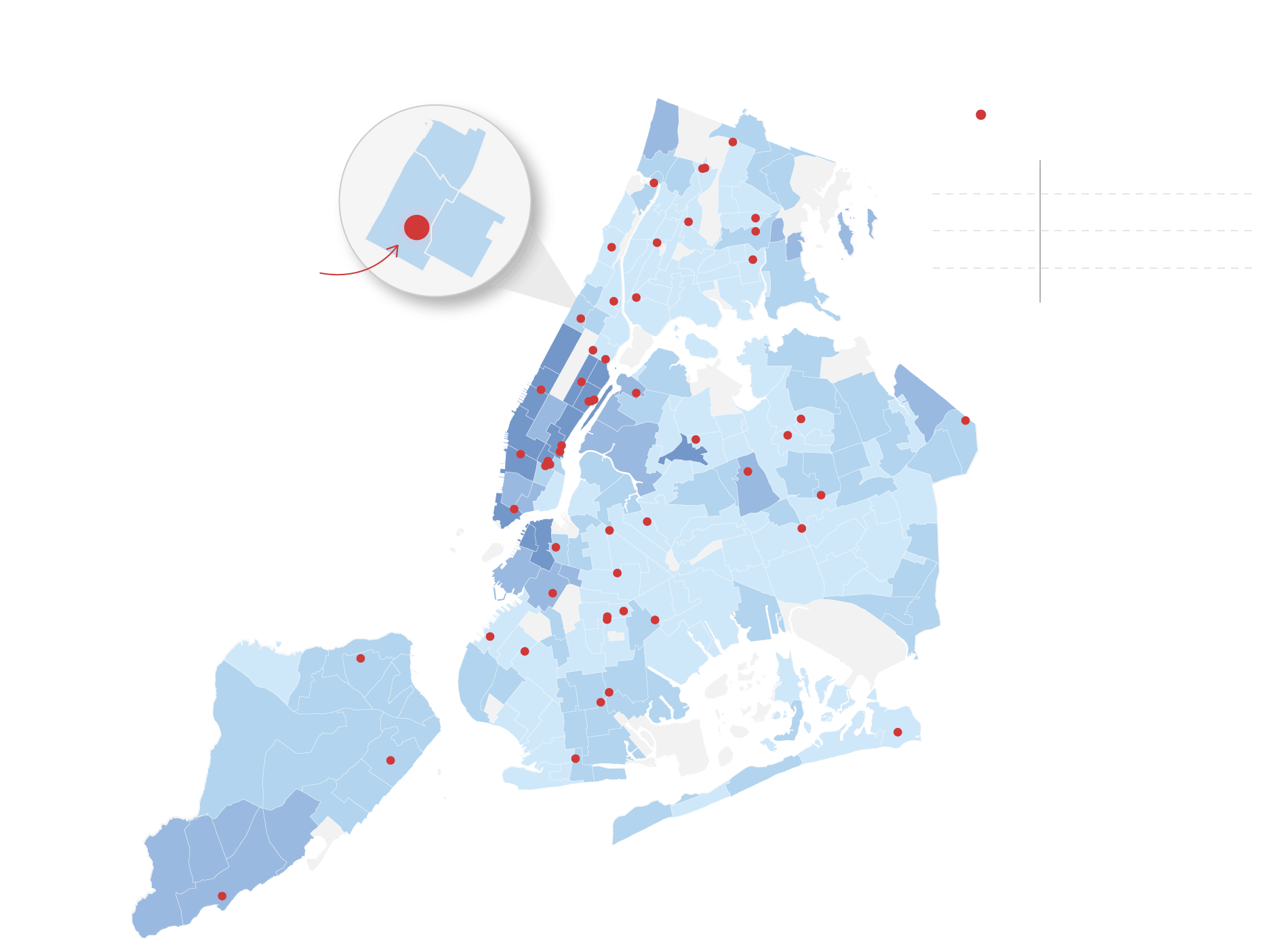 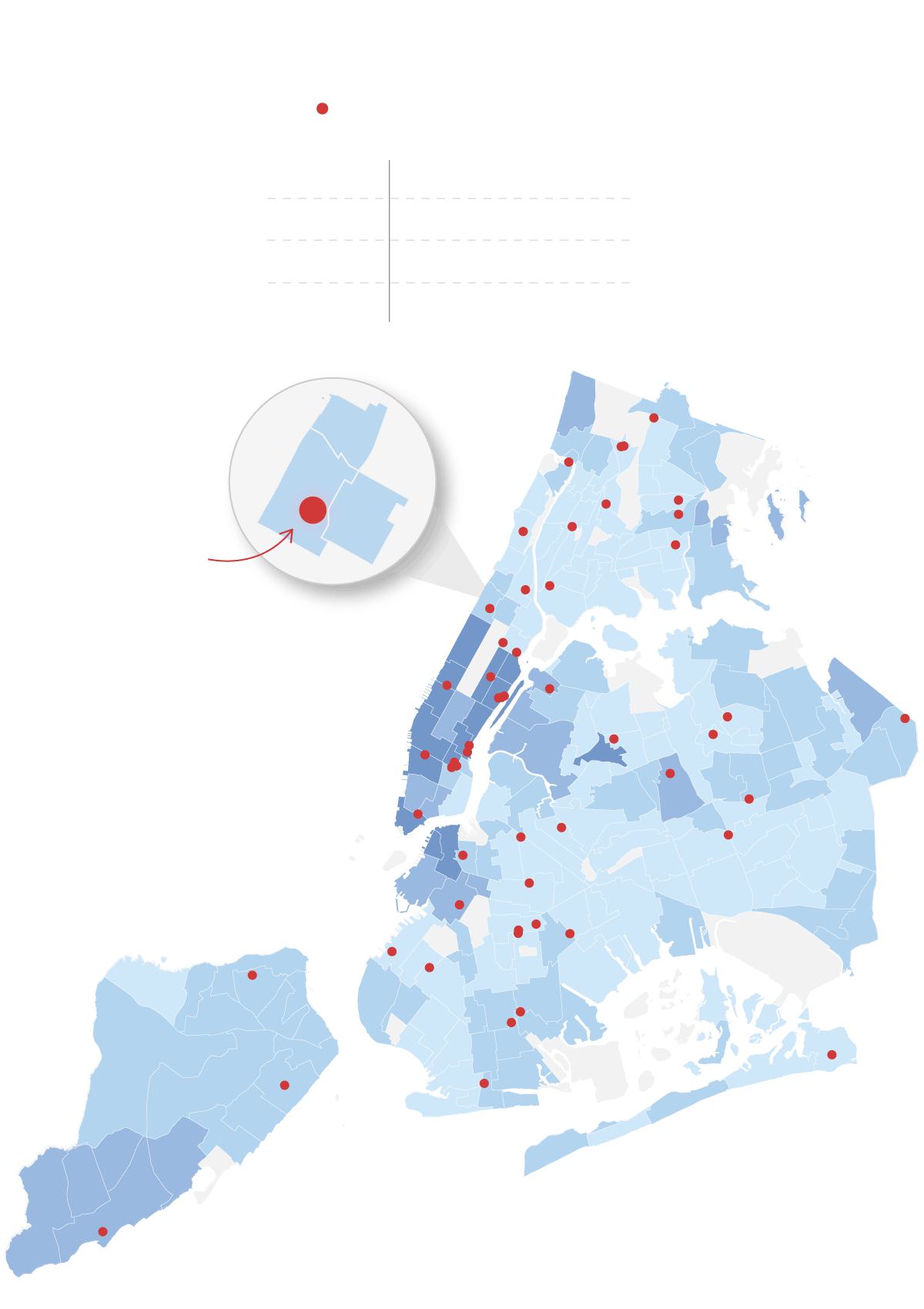 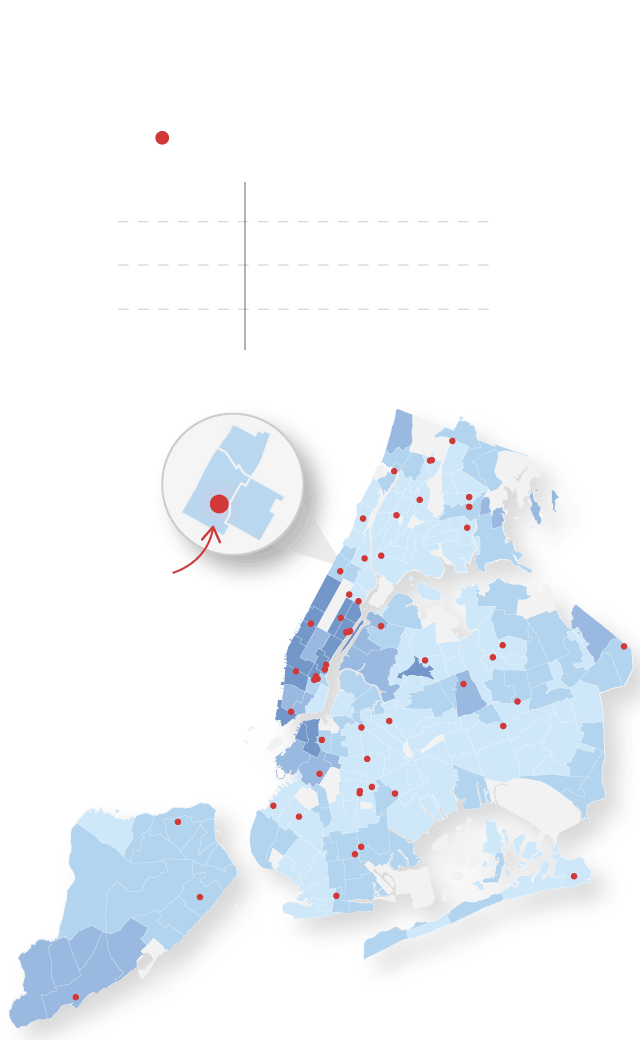 Together, our graphics team and news reporters found a striking trend: Of the 78 certified hospitals open in New York City in 2000, 24 have closed—mostly in Black neighborhoods that serve high rates of uninsured or Medicaid patients, experts verified.

To understand how we broke down this story, Spectator’s News Editor Valeria Escobar and Graphics Editor Raeedah Wahid explain their thought processes below.

What was the starting point for this story? What prompted you to look into the data?

We began examining these questions when Valeria read a Columbia University and Slavery student research project that explained how the transfer of land between New York Hospital—now NewYork-Presbyterian Hospital—and Columbia systematically excluded low-income Black Harlem residents from being able to inhabit the area. In the 19th century, the land that is now Columbia’s Morningside campus was home to New York Hospital’s Bloomingdale Insane Asylum, which served a small number of affluent, mentally ill patients, but did not have to pay taxes because it was considered a “charitable enterprise." As a result, New York Hospital came under the scrutiny of the city’s Democrats, who claimed that the land should be repurposed to serve more people. This proposition garnered the support of poor residents, immigrants, and wealthy developers.

To buy the land, the five entities that now occupy the space—Columbia, Barnard, Teacher’s College, Cathedral of St. John’s the Divine, and Mount Sinai Morningside hospital—agreed to a 20-year ban of manufacturing plants, “dangerous or offensive trade,” and tenement housing. These conditions, which had allowed Black residents to occupy the area in the first place, vanished from the area.

How did the topics of segregation and gentrification lead you to healthcare?

Mount Sinai Morningside—which, notably, is a private hospital—is the only hospital between Fifth Avenue and Riverside Drive and between 56th Street and 135th Street. It’s the only hospital in Community District 9, which includes Columbia and Morningside Heights, West Harlem, and Hamilton Heights. With so many low-income Black communities in these neighborhoods, it is striking that the only hospital is private and located miles away from those who need it most. This distance wasn’t an accident; the decisions from the past, as explained before, have led to this disparity and have negatively impacted the health of Black communities for generations.

It’s important to note that these communities were always at risk. A person who lives in Harlem, which is home to many of Manhattan’s sewage plants and bus depots, is three times as likely to have asthma-related emergencies compared to other parts of the city. Additionally, as we all know, essential workers—many of whom, experts note, are low-income Black residents—have constituted the frontlines of the pandemic. This is not only because their jobs require interactions with customers and patients, but also because low wages are rarely sufficient for these workers to live in the same affluent neighborhoods where their jobs might be located—another product of segregation.

Where did you start in researching the data? What sources or examples did you look to?

We knew already we needed to show the distribution of hospitals across various income levels. Given the current circumstances around the COVID-19 outbreak, a lot of news organizations were reporting on the shortage of hospital resources—see ProPublica’s predictive model or Bloomberg’s report on numbers of hospital beds and surge locations.

The extensive data analysis is truly respectable, but a commonality between these datasets was that they represented areas by zip code. A problem that isn’t discussed enough is that zip codes are the easiest metric purely for data collection, not demographic accuracy. It’s easy for the government to collect information about residents through mailable documents, such as tax return forms, which is why the most updated public data comes from zip codes. A lot of news organizations then pull data from these government sources and visualize it as a representation of communities.

However, zip codes don’t represent communities—they fail to target disparities between neighborhoods, which more accurately reflect differences in race, income, and other sociodemographic factors. For this analysis, we were committed to putting out data that is less misleading, especially for neighborhoods as highly segregated as those within New York.

The most recent data on neighborhood income level is from 2010’s census. How did you find more updated statistics?

The IRS aggregates state income levels by zip codes; the most recent IRS data we found was from 2017.

For a more accurate geospatial analysis, we found each of the zip codes encompassed within a neighborhood by using Google’s Places API: querying Open Data NTA Tabulation Areas (neighborhoods). Then, we averaged the income levels for a neighborhood’s respective zip codes to define levels of income per neighborhood. Some neighborhoods were excluded because they were areas such as parks, which aren’t defined by income; those are the light gray areas on our maps.

All of this made it easy to examine the relationship between hospital closures—which we found through NYC OpenData—and the wealth of neighborhoods in the city. The API was used to query for the location of open New York City emergency hospitals as well. Our data is available here.

How do you determine the “walking accessibility” of a hospital?

We wanted to further narrow in on the idea that hospitals are extremely distant from one another in low-income neighborhoods. Hospitals can be accessed, obviously, by public transit—which comes with its own complications during the pandemic—but few hospitals in low-income neighborhoods are close enough to be considered within walking distance of each other. We assumed that an average person would be willing to travel a distance of 0.3 miles by foot, a number that we pulled from research on urban accessibility measurement (Yuqin Jiang, University of South Carolina).

There are additional factors we incorporated in the data to highlight these disparities. In higher-income neighborhoods, hospitals are easily accessible by foot to other neighboring high-income areas. Unfortunately, this is not the case across the majority of hospitals in low-income neighborhoods. We accounted for strained accessibility to determine if the reach of a hospital overlaps with a neighboring area with an extended buffer distance of 0.5 miles. You can see from the map the problem this poses for low-income residents in need of urgent care. How do you take a bus or a subway during a pandemic if you are in need of a life-saving operation?