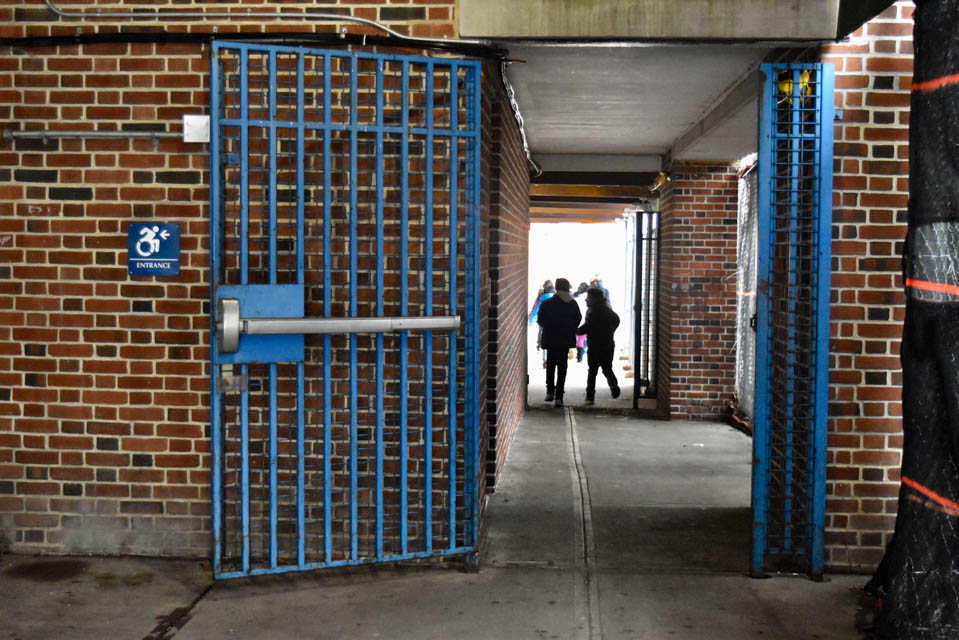 Community members predict that the low income schools within New York City’s segregated system will be hit the hardest, and perennial issues among West Harlem schools will only worsen.

As the coronavirus outbreak has plunged New York City into a recession, Mayor Bill de Blasio has proposed a 3 percent decrease in the city’s education budget for the 2020-2021 school year. With some of the most segregated districts in the city, West Harlem’s public schools are chronically underfunded and disproportionately vulnerable to budget cuts.

Community members have long expressed concern over the lack of resources for youth education, citing a lack of available space and access to up-to-date technology. In February, the city approved Community Board 9 budget plans to increase youth outreach programs in light of these concerns. CB9 is a local advisory board that represents Morningside Heights and surrounding areas.

But the onset of COVID-19 has rattled New York City, which has 136,806 confirmed cases and a death toll of 10,344, leading many community members to predict that the low-income schools within New York City’s segregated system will be hit the hardest and perennial issues among West Harlem schools will only worsen.

CD9 houses one of the most segregated school districts in New York City, according to a 2018 report by the New School, which analyzed the number of K-12 students within each district who remained in their zone. Nearly 65 percent of students who would fall within the zone of District 5, one of the two school districts in CD9, left the district to enroll in a different school or attend a charter school, according to the report; only District 16 in Bedford-Stuyvesant had more students attend school in a different zone. Of K-12 students remaining in District 5, nearly 90 percent of them are Black and Latinx.

On April 11, de Blasio ordered New York City public schools to shut down for the rest of the academic year. Public schools in the district are already plagued by a lack of federal and state funding, which is posed to be further exacerbated by a $2 billion cut to the city’s municipal services budget—primarily targeting education—in response to the recession. But public schools in low-income neighborhoods face greater barriers to financial hardship than wealthier areas, largely because they lack donations from wealthy parents.

Residents around Columbia are nearly six times wealthier than residents just blocks away from the University, and many do not send their children to the public schools nearby, leaving the problem of chronically underfunded schools solely to the Black or Latinx and low-income communities just blocks away. Columbia offers admission to the children of faculty to The School at Columbia University, a private school in District 3 created as part of the Employee Assistance Program. As the school serves both faculty families from all boroughs and surrounding neighborhood families in school districts 3 and 5, over half of its population is composed of white students.

School Districts 5 and 6, the school districts in CD9, have a high school graduation rate of 69 percent and 74 percent, respectively, which is about 10 percent lower than the state average. Both Districts 5 and 6 have higher rates of economically disadvantaged, and students with disabilities than Manhattan school district’s averages.

In both districts, the vast majority—over 80 percent—of students are reported as economically disadvantaged.

Public elementary school P.S. 36 Margaret Douglas, which sits two blocks north of North Campus, is over 95 percent Black and Latinx, and the median household income is $36,000. But the surrounding neighborhood has a median household income of nearly $69,000 and 37 percent of residents are either Black or Latinx, a 2015 Times analysis found. More than forty percent of kindergarten students assigned to the zone do not attend P.S. 36.

And while the New York City Fair Student Funding formula is designed to increase funding to schools based on their percentage of English-language learners and students with disabilities or financial difficulties, the system has not succeeded in making school funding more equitable, experts said.

“Fair Student Funding in New York has always been a polite fiction. … Even schools that are getting 100 percent of their Fair Student Funding formula now are still not getting enough money to really educate kids,” said Aaron Pallas, the Education Policy and Social Analysis department chair at Teachers College.

“What happens here in Harlem is that we don’t have a really well-funded parent-teacher association,” Morgan said. “Schools without a high-needs population, but a high funding mechanism from their PTA can go about and bring in more resources. In Harlem, it’s not as easy to do because parents may be coming from poverty, broken home, or incarcerated.”

According to Morgan, PTA money is more flexible than state or city funding, allowing administrators to spend it without additional stipulations. Community members believe the looming recession will only further reduce families’ ability to donate.

District 3 on the Upper West Side raised $10,289,076.12, over 20 times that of its neighboring district. When distributed by student, the figures are similarly stark, as District 3 students receive 11 times more additional funding per student than does District 5.

Kecia Hayes, the executive director of Columbia’s Double Discovery Center, a University program that works with low-income students from eight public schools in Harlem and Washington Heights to prepare them for college, said she believed that students in the program will face particular challenges that students at better-equipped schools will not. Four of the schools are in Districts 5 and 6.

“New York City public schools and likely public schools across the country are likely less prepared and resourced [to switch to remote learning than private schools]. … I anticipate that [this] likely will get worse because the budgetary crisis that is likely to come is not going to allow for the type of resources and funding that they’re going to need to become more nimble with respect to this kind of work,” Hayes said.

Kaila Kelsey, a senior at A. Philip Randolph Campus High School, one of the high schools working with the DDC, said her teachers have had difficulty enforcing assignments and have not learned how to efficiently navigate G Suite to distribute them.

“Most of my teachers are really struggling to connect with all of their students,” Kelsey said. “A lot of people are just not doing [the assignments] just because they don’t have to, or they do, but it’s not like somebody is on you like they would be if you were in a classroom.”

Community members have also raised concerns over access to basic technology needed for remote learning. In March, the Department of Education began distributing 300,000 iPads to students so they could receive online instruction. Even though they will have access to online classes, students may still fall behind, CB9 Youth, Education, and Libraries co-chair Deirdre McIntosh-Brown said.

“There are all these computer resources, but they’re not able to get through it because in the classroom, when they’re struggling, a teacher can actually see where they’re at. … The longer they’re actually out of school without these instructions from the teachers, the further behind they will be,” McIntosh-Brown said.

Normally, after-school programs, summer programs, and other public initiatives could help minimize any disparities in the quality of education, amount of funding, and number of resources available to people, but COVID-19 forced many of these programs online or led to them being completely canceled.

As budget cuts alone threaten the quality of education, this pandemic-induced recession poses even greater challenges since other public services that are crucial to the development of adolescents are shut down to comply with social distancing guidelines, according to Zitsi Mirakhur, a research associate at New York University’s Research Alliance for New York City Schools.

“We often rely, when schools are closed, on other public institutions: library programs, after-school programs, summer camps, parks being open. … What’s particularly hard about the pandemic is that we’ve lost access to those institutions too,” Mirakhur said.