Local businesses are left in limbo as SBA loans, funding dry up

Local businesses are left in limbo as SBA loans, funding dry up 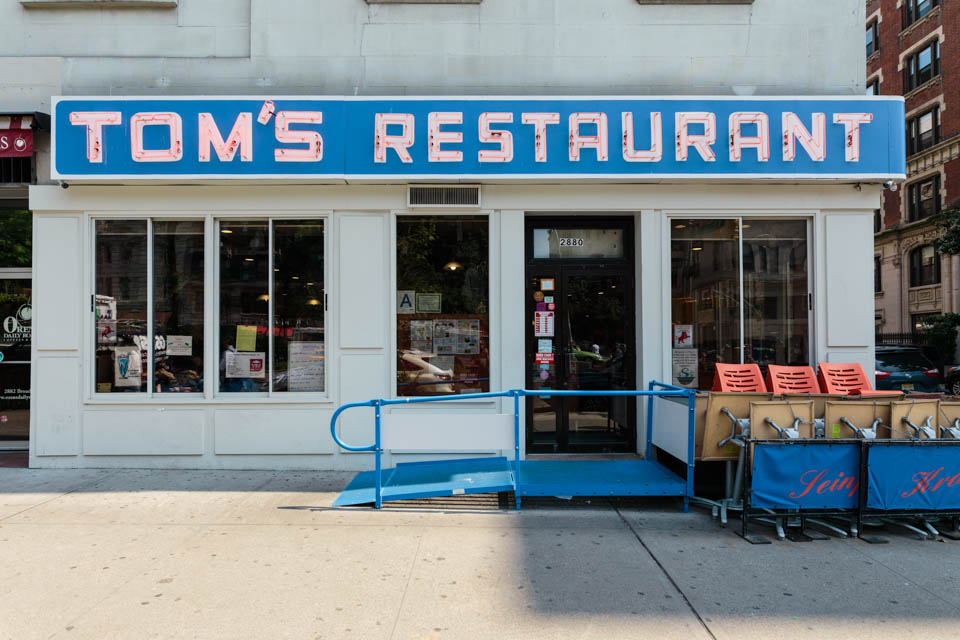 Limited funding, along with other factors, made the Small Business Administration loans inaccessible to local businesses.

Financial support for small businesses dried up just weeks after it was announced, leaving West Harlem businesses in financial limbo as the COVID-19 pandemic continues without signs of cessation.

Gov. Andrew Cuomo’s March 22 order for the closure of all nonessential businesses resulted in financial ruin for many businesses and helped contribute to over 369,000 new unemployment claims in New York State the following week. Stunted by the sudden economic halt, even “essential” businesses said they have struggled—and many have failed—to keep their doors open.

[Related: “When we lose the students, we lose business”: Small businesses lay off hundreds amid coronavirus outbreak]

For the businesses that remain open, fewer customers have resulted in a loss of profit and has led employers to reduce many workers’ hours.

The Small Business Administration, a federal agency dedicated to serving small business owners, responded to the economic turmoil of the pandemic by providing low-interest loans through the Paycheck Protection Program and the Economic Injury Disaster Loan program, which intend to provide relief for small businesses. The SBA approved over 1.3 million loans at a value of $315 billion.

But on April 16, the SBA announced they had run out of money, just weeks after the funding was made available.

With faltering governmental support, many businesses now wonder how they will survive the pandemic, as restaurants in New York City saw an initial 88 percent drop in traffic after the stay-at-home order was implemented. For many West Harlem businesses, their current operations are not enough to keep their doors open.

At a public meeting earlier this month hosted by Manhattan Borough President Gale Brewer and Columbia, Kaaryn Nailor Simmons, the director of the Columbia-Harlem Small Business Development Center, said the limited funding, along with other factors, made the loans inaccessible to local businesses.

Beyond the exhaustion of funds, some businesses might have felt discouraged from applying for loans because they believed they would not qualify, Nailor Simmons said. She explained that a lack of documentation and records—tax returns and profit and loss statements, for example—might bar business owners from getting SBA funding.

According to business experts, some West Harlem business owners might also face barriers when it comes to receiving relief money because of their citizenship status. Legal residents might not qualify for loans, even if they pay taxes. In West Harlem, which consists of Morningside Heights, Manhattanville, and Hamilton Heights, nearly one fifth of the population are non-U.S. citizens, according to census data.

“Traditionally in the past, SBA has always favored citizens,” said Quenia Abreu, the president and CEO of the New York Women's Chamber of Commerce. “These loans are being made with taxpayers' dollars. It should be that if you're paying taxes as a business owner, you should be able to apply,” she said.

But as COVID-19 persists, any federal aid that was once offered has quickly been exhausted. Within the SBA, the $349 billion allocated for the relief has run dry in just under three weeks since the application opened. As doctors warn that the pandemic could last until 2021, business owners fear the funding will not be enough to support them during the recession.

Before the state-mandated lockdown even began, Ramon Diaz, the owner of the 12th Avenue restaurant Floridita, was forced to close his restaurant and lay off his entire staff of 40 due to a decline in business. He applied for two of the SBA’s loans but has yet to hear back about approval.

Zachary Sharaga, the owner of Dear Mama Coffee in Manhattanville, also applied for the first round of funding offered by the SBA and has yet to receive funds.

“We applied to everything under the sun,” he said. “Even though we applied within 48 hours of them opening the application, we are still waiting.”

Some of these companies are preparing to return the loans after government recommendations and public backlash, further delaying the funds for small businesses.

Small businesses like Dear Mama Coffee were left to wait for the next round of PPP funding which was made available on Monday, with the uncertainty of whether this round will fare better than the last. This round has already presented its own challenges, with the application site crashing as many struggling businesses tried to apply for aid.

But for many businesses in New York City, the money can only go so far, Nailor Simmons said. The PPP funds are supposed to keep employees paid for eight weeks, but for businesses that have closed and laid off employees, the money is essentially paying workers to stay at home, providing no aid for the businesses that still struggle with other expenses.

“That was kind of an initial issue [of the PPP],” Nailor Simmons said. “There are some areas in the country that experience some economic challenges due to the coronavirus, but their businesses are still open; they're still operating and they really need their employees. It's not as dysfunctional as it is for a state like New York where businesses were forced to close.”

Michael Zoulis, owner of Tom’s Restaurant in Morningside Heights, said that the PPP funds were limited in the help that they could offer, especially since the restaurant had to lay off employees and is currently closed.

“The money that the government is giving is mainly to pay the workers for a couple months,” Zoulis said. “But if you’re open with restrictions, you won’t need as many workers as you did back in February.”

Many restaurants have looked to generate revenue and give back to the community by selling produce and creating new delivery initiatives, but these strategies are often not enough to counteract the loss.

Zoulis said prior to the pandemic, nearly 98 percent of the revenue for Tom’s Restaurant was from dine-in services. After closing the dining room, relying on takeout and delivery proved unsuccessful, and the restaurant was forced to close.

With declining sales and limited options, owners like Zoulis worry about the future of the small business industry and whether it will be able to survive this new reality. Government officials have considered phased plans to reopen businesses by limiting operation capacity, but business owners worry they won’t survive if their business is not restored to its full capacity.

“The longer this goes on, the worse the situation is gonna get,” Zoulis said. “I don't know how we're gonna pay rent the way it is now [operating] at 50 percent capacity.”

Without the guarantee of financial support, some worry about the long-lasting impacts on small businesses and their surrounding communities after the pandemic subsides.

“The worst-case scenario is that we are going to see blocks and blocks of closed businesses, which will mean not only the residents that live there won’t have access to the things that they need, but it would affect property values and safety,” Nailor Simmons said. “If we do not have these businesses, it will devastate New York City.”