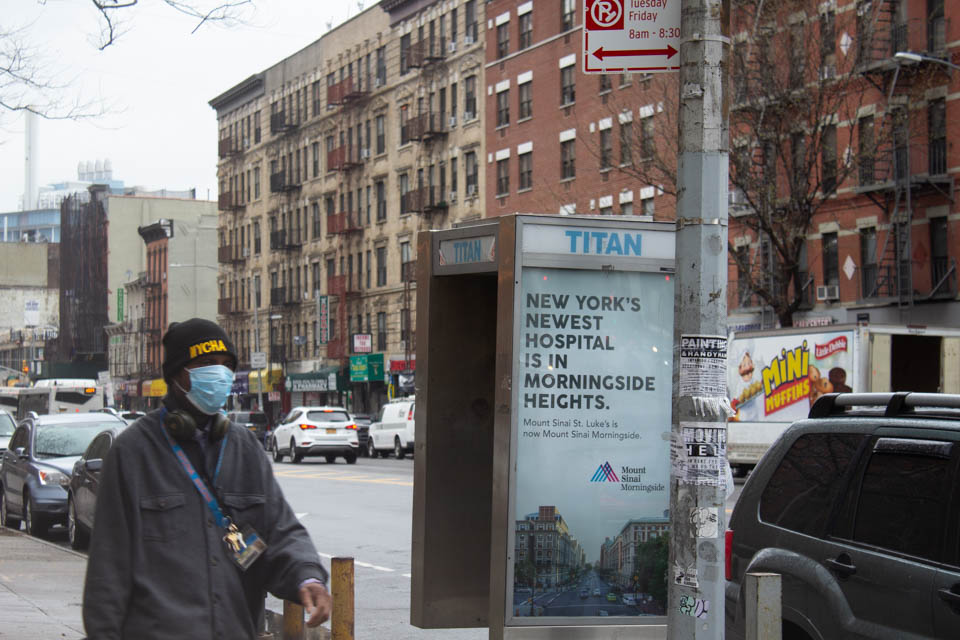 Spectator mapped hospital closures and found that most happened in low-income Black neighborhoods. Now, we reported on how hospitals profit off of federal funds meant for free and reduced healthcare.

As the United States leads the world in COVID-19 cases, its healthcare system has come under scrutiny. In urban areas like New York City, the inequities that low-income, Black, and brown populations face in seeking care have been highlighted as these populations find themselves disproportionately affected by the COVID-19 crisis.

The 1986 Emergency Medical Treatment and Labor Act requires that all hospitals provide emergency care regardless of patients’ insurance or ability to pay. In the case of elective, non-emergent procedures, private hospitals can discourage and turn away patients by referring them to public hospitals. As a result, private hospitals are incentivized to prioritize commercially-insured patients over uninsured or Medicaid patients.

For every dollar a hospital spends on a privately-insured patient, it makes more than two dollars back. After treating uninsured patients who cannot pay out of pocket, the hospital is left to foot most of the bill. For Medicaid patients, hospitals are typically only refunded about 87 percent of what they spend on patient care.

Under the funding model that was in place until this year, private hospitals primarily serving commercially-insured populations received funding comparable to the amount received by their public counterparts, even though they served fewer uninsured and Medicaid patients. This trend diverted funds away from public hospitals, many of which have closed over the past 20 years because of the unequal financial burden that comes with treating mostly uninsured or Medicaid patients. Today, just 11 serve the New York City area.

A select few New York hospitals have resorted to lawsuits against patients when they could not afford care. Of all the lawsuits filed by hospitals, 93 percent have come out of six healthcare systems, including NYU-Langone Health and NewYork-Presbyterian.

These tactics disproportionately affect low-income Black and brown populations. While the passage of the ACA has reduced the uninsurance rate significantly in New York, Black and Hispanic populations continue to have higher rates of uninsurance—at 6.8 percent and 11.8 percent respectively—than white people at 4.5 percent.

Even before the coronavirus overwhelmed New York City’s hospital system, the city had long underserved disadvantaged communities. One 2019 survey found that in the past year, 52 percent of New Yorkers experienced a healthcare affordability burden like delaying or going without care because of costs.

Issues of affordability are supposed to be resolved by the states through federally-funded Disproportionate Share Hospital funds, which hospitals receive to offset the financial losses incurred by caring for uninsured or Medicaid patients.

In New York, $1.13 billion of this funding is distributed through the Indigent Care Pool, which considers both uninsured and insured patients for free or discounted hospital care. While most states only provide DSH funding to safety-net hospitals, New York has, until this year, been unique in providing funding to almost all of its hospitals. However, this funding has been based on an outdated bad debt and charity care formula.

Bad debt is defined as a charge that a creditor—like a hospital—can not collect but does not forgive. Charity care, on the other hand, is free or discounted medical care that is given to those who cannot pay for it due to financial burdens. Under the current formula, bad debt and charity care were treated equally by the state, leading hospitals to receive Indigent Care Pool funding even when their patients were not receiving financial assistance. Ultimately, the formula did not incentivize hospitals to offer aid to vulnerable populations.

In 2018 alone, the continuation of bad debt allocation resulted in an additional $166 million going to hospitals that did not serve as many uninsured and Medicaid patients as their peers.

According to Carrie Tracy, senior director of the health initiatives department at the Community Service Society of New York, a nonprofit organization dedicated to fighting income inequality, the bad debt and charity care methodology was a “terrible formula, wasn’t uniform, [and had] no transparency.”

In 2012, the state decided to start moving away from the bad debt formula toward a more transparent method of calculating funding. However, due to repeated extensions of the bad debt and charity care methodology, 15 percent of hospitals continued using the old formula until this year, when the transitionary period officially ended. According to Tracy, under the new formula, if a hospital is not receiving funding, it is either not serving populations that qualify for financial assistance or not screening people for financial assistance.

Under the bad debt and charity care methodology, nonprofit hospitals—despite being deemed charitable, tax-exempt organizations—were able to attempt to collect payments through tactics such as sending repeated bills, selling the debt to collection agencies, and placing liens on patients’ property. All of these methods were used against groups who couldn’t afford hospital care by institutions that received funding from the state to provide that same care.

In 2012, as the new formula was developed, auditors sent out questionnaires to New York hospitals to gauge the quality of patient accessibility to hospital financial assistance. These questionnaires were open-book, and until hospitals could clearly identify resources that could accommodate patients of all financial backgrounds, the state was supposed to withhold one percent of funding.

Instead of withholding the one percent of funding, the state changed the scoring on the questionnaire so that almost all of the hospitals passed. Since then, barriers to financial assistance have persisted into the present day.

“Everybody knows if there’s no consequences to failing, why would they pass?” said Tracy.

According to Tracy, public hospitals are more likely to serve people of color and low-income people, and those people know that hospitals like those within the NYC Health and Hospitals Corporation are willing to serve them.

In 2015, HHC hospitals made up 11 of the top 15 hospitals with the highest percentage of Medicaid, self-pay, and uninsured patients. With anywhere from 60 to 80 percent of their discharges being uninsured or on Medicaid, the HHC and similar institutions stand to make less than their private counterparts who primarily rely on commercially-insured patients.

“I think that many hospitals are not serving [vulnerable populations] well,” Tracy said. “But Health and Hospitals has really been doing everything it can to open its doors to folks who are scared right now. Health and Hospitals has certainly always had its doors open and tried to welcome low-income people and people of color and populations who are hard hit by this.”

However, it is public hospitals like those in the HHC that have faced closures over the past 20 years due to financial strain. According to Judy Wessler, public health advocate and former director of the Commission on the Public’s Health System, before this decade, there were 20 public hospitals, and now there are just 11 serving the New York City area.

“Most hospitals that have closed have been in already medically-underserved areas,” Wessler said.

Dr. Alvin H. Strelnick, chair of the Bronx Health Link, notes that the Bronx is one of the parts of the city hardest-hit by COVID-19 and one of the poorest areas in New York. According to Strelnick, low-income people are at considerably higher risk of being infected by the coronavirus.

“It’s clear that the pandemic is hitting low-income people harder than it is wealthy people who live in the suburbs or in the most affluent parts of the city where they have plenty of room to self-isolate,” Strelnick said. “They’re not doubled up or tripled up in an apartment, which doesn’t have as many rooms as it has people.”

According to Wessler, the greatest challenge that uninsured New Yorkers face goes beyond affordability and insurance plans.

“It’s good that there’s a fight to change the system to a single-payer system in the state and in this country, but that is not the only problem that low-income and people of color and particularly immigrants have in getting care,” she said. “There’s classes of care, there’s outright racism, there’s so many things that people face when they try to access care, and it’s not just because of reimbursement issues. It’s ‘Do we really want this kind of people here?’”