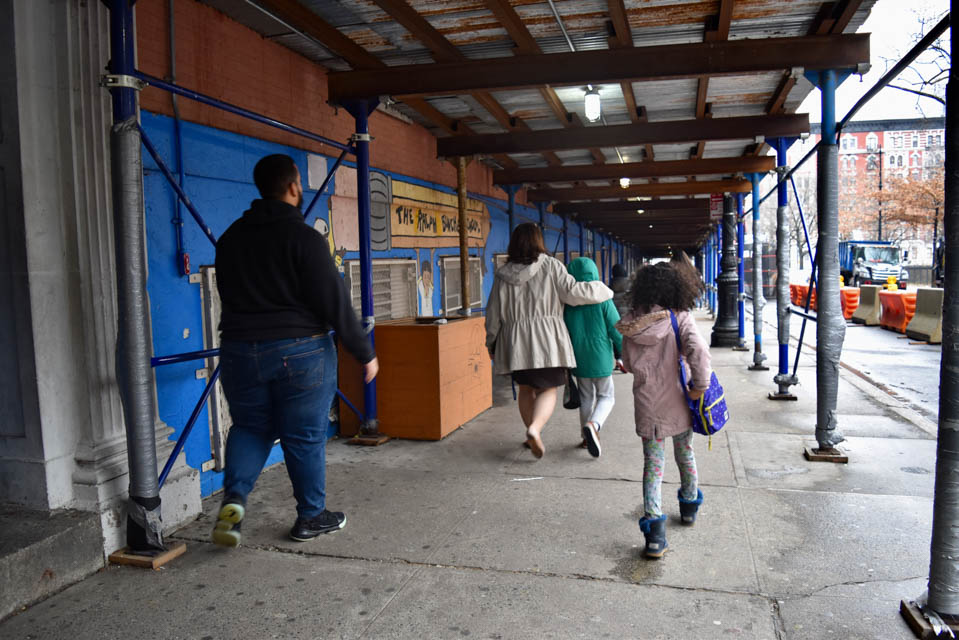 Amid concerns over the coronavirus, New York City government officials canceled the Summer Youth Employment Program earlier last month, which engages thousands of youths in paid pre-professional work. But city advocates, including Manhattan Community Board 9—a local advisory board representing Morningside Heights and surrounding areas—expressed concerns and suggested that the program continue remotely to provide economic benefits for underprivileged youth.

Hosted by the New York City Department of Youth and Community Development, the SYEP is the nation’s largest youth employment program, employing around 75,000 youths between the ages of 14 and 24, who receive pay to work jobs in the public or private sector and gain professional work experience for six weeks in the summer.

The program primarily serves under-resourced communities: In 2019, 81 percent of SYEP participants were Black, Latino, or Asian youths. Kevin Wei, an organizer and advocate based in Manhattan, said SYEP is unique in that it is a combination of paid employment and professional development. According to Wei, families often rely on the income that their children gain through participation in SYEP, and participants gain financial literacy and leadership skills during the duration of their employment.

SYEP is one of the very few summer employment programs available to low-income communities and communities of color.

“This program can be a lifeline for many of our youth,” Wei said, “and many families depend on it.”

As the economy came to a halt with the statewide stay-at-home orders, New York State unemployment claims skyrocketed by 360 percent in the last several weeks, reaching 369,000 just one week after the order took effect. As data suggests, New York City’s low-income neighborhoods like West Harlem have been hit the hardest by the coronavirus, and the additional loss of potential revenue comes as a blow to many families.

According to Eddie Silverio, the director of Catholic Charities Alianza Youth Services, eliminating the program but reopening businesses and bringing parents back to work would leave thousands of youths without supervision.

Deirdre McIntosh-Brown, chair of Community Board 9’s Youth, Education, & Libraries Committee, added that the “mentoring and training” participants gain at SYEP is extremely beneficial. She said the program teaches “professionalism, teamwork, and confidence” and can lay a foundation for career development.

After learning that the program was canceled, McIntosh-Brown reached out to the Department of Education. She said the official who helped her told her that they “got here from the Summer Youth program.”

In a statement on Facebook, Community Board 9 asked New York City Mayor Bill de Blasio, the City Council, and the Department of Youth & Community Development to “fully fund SYEP” for the summer and work to conduct SYEP remotely. Brown said that many program partners are willing to do the work to “facilitate remote summer youth programming.”

New York City is projecting a $7.4 billion loss in tax revenue, so city officials have looked for ways to slash the city budget in the face of a severe economic crisis. According to city officials, the elimination of SYEP will save the city $124 million dollars. However, at a SYEP town hall, J.T. Falcone, a policy analyst at United Neighborhood Houses (UNH), argued that the government “should not balance the budget on the backs” of marginalized communities who are already disproportionately impacted by COVID-19.

While city officials are still deliberating over budget cuts, funding for areas like youth education, Medicaid, and health service programs have already been cut, according to Politico. De Blasio’s budget proposal, released earlier this year, drew ire from education advocates who believed that the $826 million education funding increase was insufficient.

McIntosh-Brown proposed other money-saving avenues in the city budget that could save SYEP from being cut.

“For example, we heard the mayor talk about celebrating the Fourth of July,” Brown said, but did not say how much the celebration costs. “I’m sure people would forgo seeing the fireworks to pour that money into our youth.”