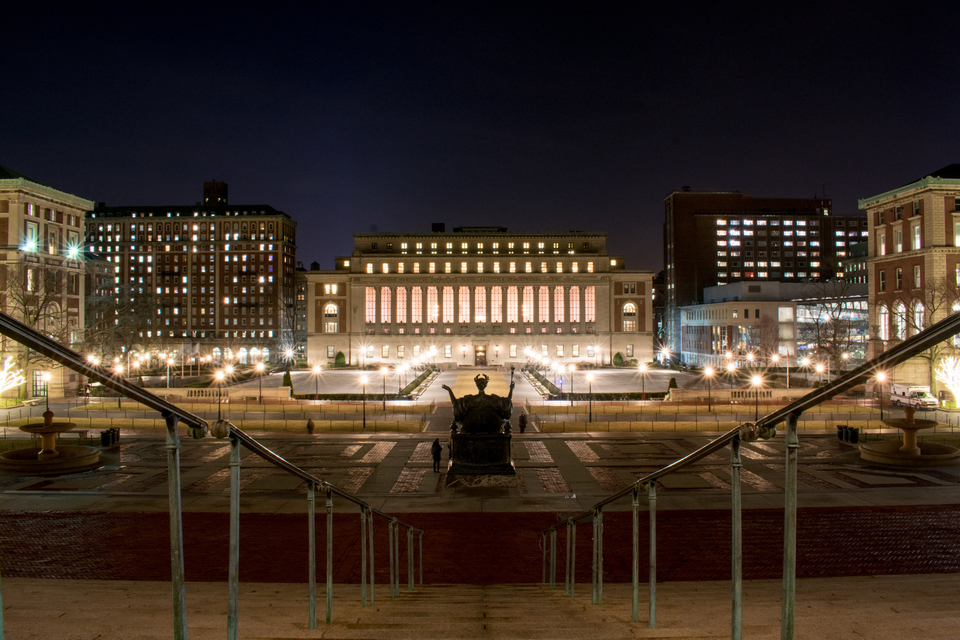 Mobilized African Diaspora has given Columbia 48 hours to respond to a list of demands that include the full disclosure of Columbia’s relationship to the NYPD, a budget reduction for Public Safety, and the elimination of the “term” date of the Community Benefits Agreement.

After a summer of nationwide Black Lives Matter demonstrations, Columbia’s Mobilized African Diaspora has released a letter of demands in response to Columbia’s “empty promises and a clear lack of tangible institutional support for Black lives.”

According to a representative from MAD who described the organization as a “group of Black students tired and frustrated with the University,” the organization uses its proximity to the institution to fight against anti-Blackness both on and off campus. Currently made up of about 10 undergraduate students, MAD was established in 2014. It spent this summer organizing a student response to the wave of Black Lives Matters protests that followed the murders of Breonna Taylor, Ahmaud Arbery, George Floyd, and many other Black individuals at the hands of law enforcement officers.

“People are way more mobilized after everything that happened with George Floyd, Ahmaud Arbery, and Breonna Taylor,” MAD’s spokesperson said. “I just think those three cases were so egregious. And it’s frustrating to even have to say that because why wasn’t Mike Brown egregious enough? Why wasn’t Tamir Rice? Why weren’t these people enough?”

[Read more: Students have been ’just as good as the police’ at enforcing the legacy of enslavement that would finance and expand Columbia’s prestige]

Over the past summer, the group has spent time getting reacquainted with the needs of both Black students and West Harlem residents, and it has been disseminating information to the Columbia community through social media graphics and teach-ins. Already, the group has received support from nearly 100 student organizations across the University and has garnered over 2,000 Instagram followers. The group has requested a public meeting with University President Lee Bollinger within the next two weeks and plans to take further action if he does not respond to the demands within 48 hours.

The group’s recent letter of demands accuses Columbia of a “deep history of anti-Blackness.” It says, “Beyond systemically failing Black folx on campus, Columbia has also destroyed much of the once majority-Black neighborhood of West Harlem.”

MAD has issued five broad demands from the University—that it “fulfill its responsibilities to the people of West Harlem,” end all support for the New York Police Department, defund Public Safety and invest in community safety that will prioritize the safety of Black students, “ban the box” from all applications, and improve the academic environment for Black students.

Columbia’s development of the Manhattanville campus officially began in 2009 with a $6.3 billion purchase of over 6.8 million square feet of land in West Harlem—its stated purpose being to provide Columbia students and faculty with additional space for research opportunities. Since then, it has been criticized for its use of eminent domain to acquire land and its displacement of West Harlem residents.

Last month, Bollinger released a Commitment to Anti-Racism that promised to expand connections with Harlem and Washington Heights through growing partnerships, inviting ideas for collaboration, and creating infrastructure to support engagement with community members, all of which will factor into a plan to be released later this year. Other points included the cluster hiring of Black faculty, removal of campus symbols connected to enslavement, and creating inclusive teaching and learning environments.

While specific plans related to teaching environments have not been released, students have historically advocated for Columbia to “ban the box,” a movement that asks employers and universities to remove questions about applicants’ criminal records from their applications. MAD in its letter argued that the presence of the question “weakens trust in the holistic application review process and expands the reach of police surveillance into educational spaces.”

MAD’s letter recognizes that the University has responded to the national climate with commitments to anti-racism, but it maintains that the University’s history suggests an “array of empty promises and a clear lack of tangible institutional support for Black lives.”

MAD’s spokesperson observed how both students and universities capitalize on the “transience of students”—students use their limited time in a community as an excuse to not engage with it directly, and universities take advantage of this inaction. However, as students begin to move into off-campus apartments in West Harlem and Morningside Heights, MAD says it is more important now than ever before that they understand the historical context of the space they take up.

Columbia’s history of policing has been well-documented. As the University continues to expand into West Harlem, it also increases its ability to enforce policing to protect its property.

“Columbia University treating Black community members like criminals affects the way Black students feel on this campus,” MAD’s spokesperson said. “They think they can take up all of this land, kick out all of these people that look like us, and then we’re not going to be affected by that. Of course that affects you.”

MAD noted contradictions in Columbia’s hiring, particularly between the faculty Columbia hires to teach its students—namely, the Black scholars who study police abolition—and the Public Safety personnel it hires to protect those same students through policing.

“How can you have Mariame Kaba in your faculty and then also have James McShane as your [vice president for] public safety?” the MAD spokesperson asked. “These are people who had their careers under Ray Kelly, under peak stop and frisk, during Guiliani, clean up the streets, tough on crime, broken windows—and then you have the Center for Justice that’s talking about restorative justice.”

According to Columbia Public Safety’s 2019 Annual Security and Fire Safety Report, the University’s public safety arm is in “constant communication” with local NYPD precincts “to control criminal activity around University property.” MAD’s letter of demands recognizes that the two organizations don’t hold a contract and the University is mandated by state law to cooperate in investigations. However, the group is demanding more information about the extent of communication between Public Safety and the NYPD, if Columbia has any financial ties to organizations like the New York City Police Foundation, and the presence of NYPD affiliates in Columbia-owned real estate.

During the summer of 2014, hundreds of NYPD officers swept through the Manhattanville and Grant Houses in West Harlem and conducted the largest gang raid in the police department’s history. Forty suspects were arrested as part of a 145-count indictment of 103 people. To this day, it is unknown how involved Columbia Public Safety was in the raid.

“Right after it happened, James McShane put out this whole community safety update that was like ‘We have done a great job of making Columbia’s campus more safe,’ and it’s like no, you just locked up over a hundred Black and brown boys,” MAD’s spokesperson said. “If you look at the kids, they’re kids, they’re babies. You took away their brothers; you took away their big brothers. You took away an entire generation, an entire layer of this community.”

The raids came a day after Manhattan District Attorney Cyrus Vance Jr. gave a speech at Columbia about how his office’s business model was failing young people in the criminal justice system.

The group is encouraging students to take an active role in addressing the demands by educating themselves, signing MAD’s action network, and getting their respective student groups to back MAD’s demands.

“Whether or not Columbia agrees to these demands, we’ll be working on institutionalizing some type of radical introduction to Columbia,” MAD’s spokesperson said. “You shouldn’t be able to graduate from this university without knowing the history of West Harlem, without knowing Columbia’s land acquisition practices, and where you lie in the history of this plot of land.”

The aim of the MAD demands isn’t just action-oriented—the organization also strives to push a culture that is more welcoming to both Black students and residents.

“I feel like the whole idea within the MAD demands is that Black community members are just as important as Black students and we all need to be treated like people and we all need to stop being criminalized, whether that’s on an application before you even get here or knowing that your Public Safety is not a mini NYPD,” MAD’s representative said.