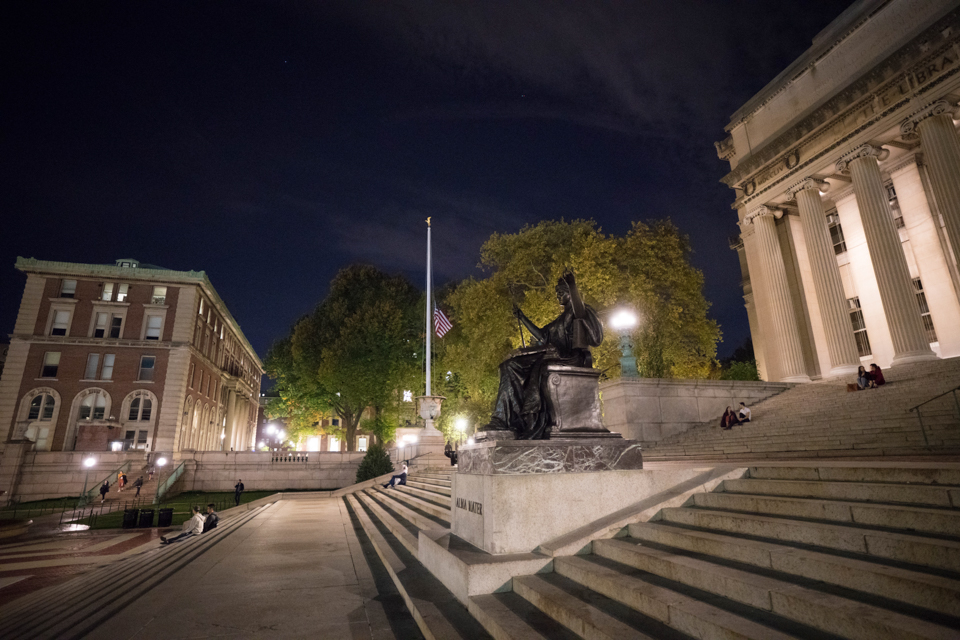 A swastika drawn on the steps of Low Library left students concerned and critical of the steps Columbia and Barnard have taken to protect the Jewish community, especially following the passage of the referendum to divest from Israel.

A swastika was drawn on the steps of Low Library on Tuesday night, according to statements released by both Barnard and Columbia where administrators condemned the act of vandalism and promised to work toward creating safe communities. There have been four incidents of anti-Semitic vandalism reported at Columbia in the past year.

In February and March 2020, swastikas were found painted on the 16th floor of East Campus on three separate occasions. Additionally, in November 2018, a Jewish professor at Teachers College found her office vandalized with swastikas and anti-Semitic slurs. Barnard and Columbia administrations have consistently condemned these acts, but their searches for the perpetrators and motives have been inconclusive. Approximately one-quarter of the Columbia undergraduate student body is Jewish.

In her statement to the Columbia community on Wednesday, Suzanne Goldberg, executive vice president for University Life, emphasized the University’s commitment to being an inclusive environment. Barnard administrators echoed the sentiment in an email to the student body yesterday afternoon.

Despite these announcements, some students are not convinced that the University is doing enough to combat expressions of anti-Semitism on campus.

“There’s a lack of initiative here. The acknowledgment is more out of requirement than it is out of actual care,” Alana Silber, BC ’21, said. “There isn’t even a slight shift in the feeling on campus. It’s like, ‘Oh, yeah, of course there was a swastika.’”

Specifically, a number of Jewish students have pointed to discussions surrounding a referendum held by Columbia College Student Council as an example of how they believe their safety is threatened on campus. The referendum, which has been debated across student councils for four years, asked undergraduates to vote on whether the University should divest its stocks, funds, and endowment from companies that “profit from or engage in the state of Israel’s acts toward Palestinians.” It is part of a larger international boycott, divestment, and sanctions movement. Of the 39 percent of Columbia College undergraduates that participated in the referendum vote, 61 percent voted in favor of divestment.

“My thoughts initially went to two places,” Ohad Klopman, GS and JTS ’22, said. “Is this related to the last swastika that we saw?”—referencing the East Campus vandalism earlier this year—"And is it related in any way to the BDS resolution that just passed CC?"

The relationship between anti-Semitism and the BDS movement is contested within the Jewish community, mostly over ideological interpretations of what constitutes acts of anti-Semitism.

“I personally don’t have a compelling notion that it’s [related to] the BDS resolution, but I know there are a lot of people who feel like BDS is tied directly to anti-Semitism,” Klopman said. “If it is related to what has been going on at Columbia, that would scare me.”

“Dangerous false equivalences between anti-Zionism and anti-Semitism have been weaponized,” Dan Nelson, BC ’21, a member of Jewish Voice for Peace, said in a Sept. 29 Columbia University Apartheid Divest press release.

In its statement on Wednesday, the Columbia administration said that it is “investigating the incident.” The administration could not be reached for comment on the status of the investigation nor on the ways it plans to enforce its policies against discrimination and harassment.