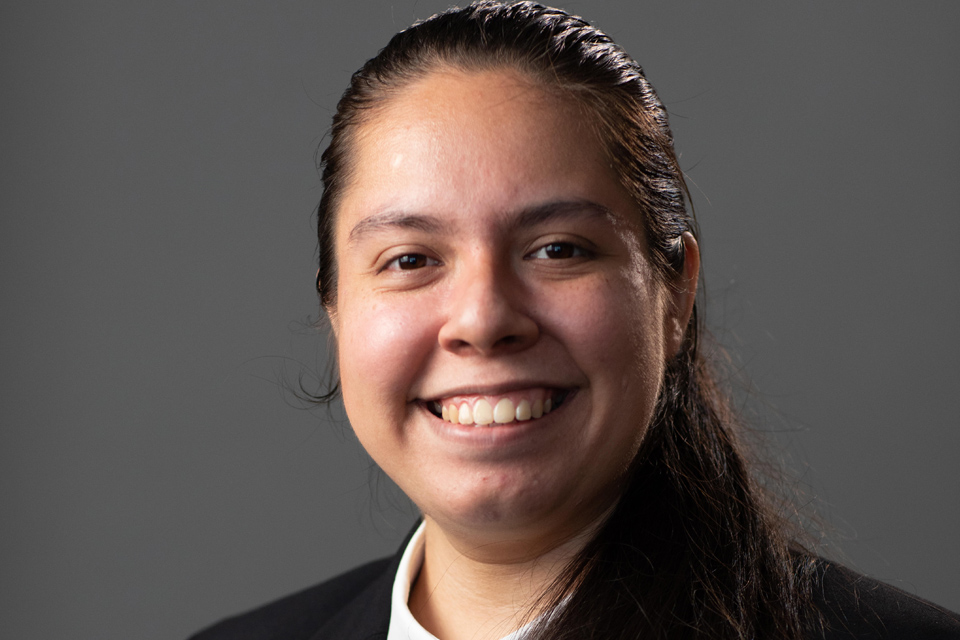 When Maria Ordoñez, CC ’21, walked into the New York State Board of Elections office in February, a stack of registration forms in hand, she could already feel history unfolding at her fingertips.

“All I thought about the whole time was that this is the start of something big,” Ordoñez said. “This is like the little spark that’s starting something huge to come.”

Ordoñez, who was then only 20, launched her campaign for District 7′s New York City Council seat earlier this year, becoming the youngest candidate in a competitive, high-stakes race. Ordoñez, who identifies as a Democratic Socialist, centered her platform around four key progressive policies: ensuring affordable housing, establishing a socialist caucus in City Hall, increasing funding for and desegregating public schools, and reforming the criminal justice system.

The New York City Council’s primary responsibilities include allocating the city budget and managing city zoning. Ordoñez has already announced the budgetary changes she hopes to enact if elected in 2021, which include measures to defund the New York Police Department and reallocate funds to public education.

Additionally, Ordoñez is calling for increased transparency in rezoning processes. The District 7 community has a tenuous relationship with current zoning policies. In 2019, the commission rejected the community’s second proposal to change longstanding zoning plans and limit the development of upscale apartments. Ordoñez also hopes that her campaign will demystify local politics and make participating in local elections—as a voter or a candidate—feel more accessible to her neighbors and peers at Columbia.

While she has a steep campaign ahead of her, Ordoñez is not new to political activism. A second-generation Ecuadorian immigrant who has lived in West Harlem for her entire life, Ordoñez has been involved in community organizing for the past two years, namely within her building, the Riverside Park Community,  the largest residential complex in District 7. Ordoñez said she started her work in 2018 with small acts of advocacy, like calling for her neighbors and other fellow residents to participate in building-wide recycling and composting initiatives.

A few months later, in the early months of 2019, she took up the fight for tenants' rights as well, knocking on nearly 1,200 doors throughout her building to speak with each resident about their concerns in order to organize a tenants' association.

During the 2020 presidential primaries, Ordoñez was an organizer and elected delegate for Sen. Bernie Sanders. From these experiences, Ordoñez said, she earned firsthand the power of grassroots organizing to educate communities about social issues, which has informed much of her own campaign’s approach. Ordoñez’s campaign is funded by small-dollar donations from individuals and other grassroots groups, and it does not take money from real estate developers, law enforcement, or political action committees.

“I’ve been through this whole district my whole life, and I know what these people need,” Ordoñez said. “When I mobilize every single one of them and we hear them out and they feel like they have a seat at the table, that is the movement.”

Ordoñez’s campaign is not only informed by her connection to West Harlem, but also by her experiences as a current Columbia student and former Columbia Secondary School graduate. At Columbia, Ordoñez is one of the founding members of the Columbia-Barnard chapter of the Young Democratic Socialists of America. While she is currently taking a gap semester to focus on her campaign, she plans to continue her political science major at Columbia College.

However, District 7 resident and former member of Community Board 9 Adam Powers expressed concerns about a possible disconnect between the ambitious plans of Ordoñez’s campaign and the priorities of local residents, which he says may not be “as sexy” as the sweeping progressive reforms that Ordoñez advocates for but are nonetheless an essential component of local politics.

Powers stressed the value of experience with New York City’s local political system as necessary to making high-stakes decisions, but upon learning that Ordoñez is only 21 years old, he wished “power to her.”

“Experience matters,” Powers said. “But if this gets Columbia students more involved in the … wellbeing of our community, that would be great.”

“Because of the nature of how Columbia is right there, we need to make that happen. We need to create a bridge between both and work together and come together, especially the student body, and ensure that [students] know that they can also give back,” she said.

Ordoñez’s campaign for city council has already begun to build that bridge, with some of her peers working on her campaign team.

“It was just really exciting to see a student taking what they learned from Columbia and going out to apply those things and … use that to bring change to the city,” incoming campaign treasurer Ivy Allotey, CC ’21, said.

One of Ordoñez’s primary goals is not even related to policy: She hopes that her campaign will include more voices from all members of the West Harlem community in the local decision-making processes. She said she wants to bring a diversity of ideas from all across her district, which she cites as “the hallmark of the democratic system.”