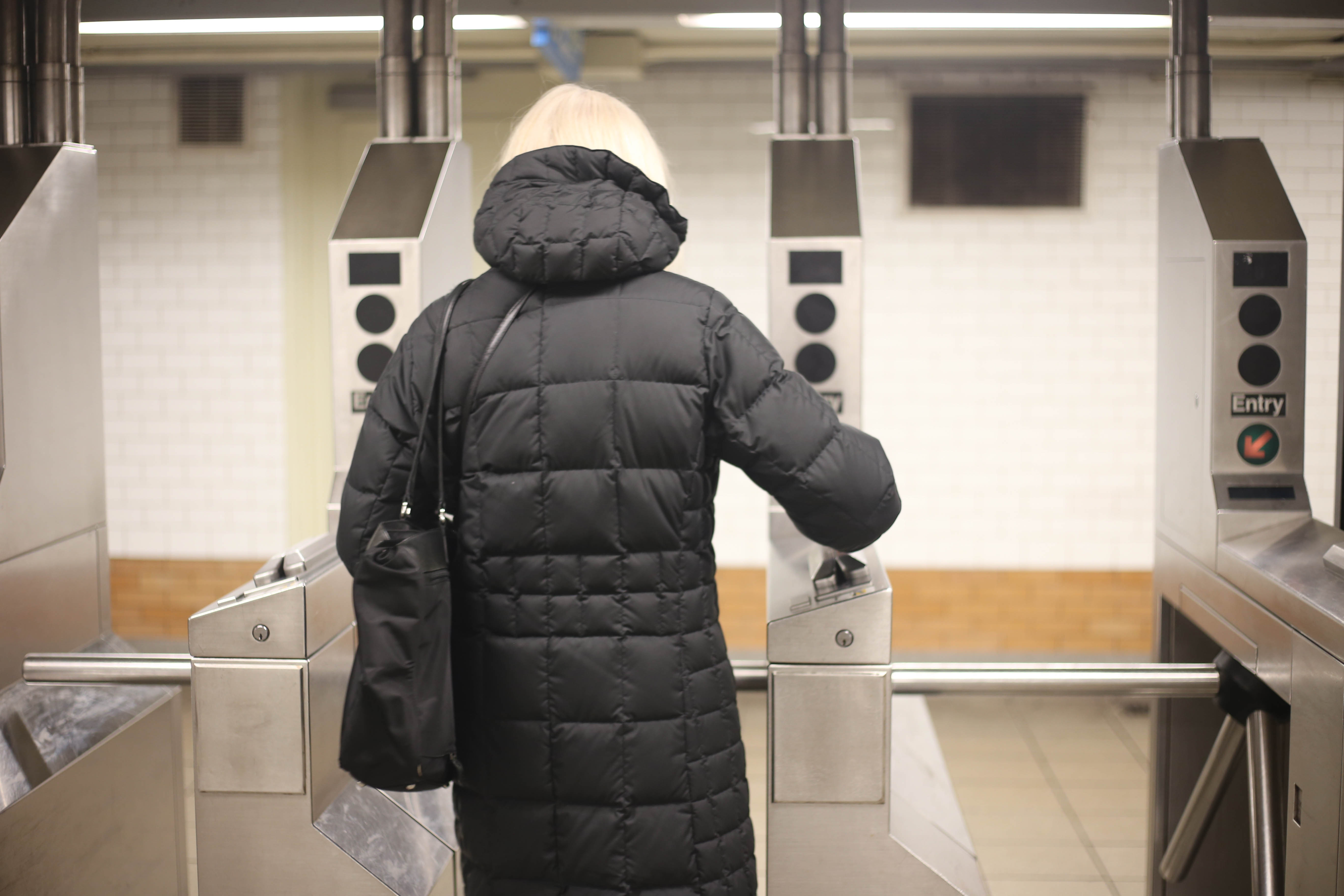 Subway ridership is down across the city, especially around Columbia. Transit experts weigh in on the safety of public transit and the impact of reduced ridership on the MTA’s future funding.

The blue-tiled 116th Street subway station along the 1 line has seen better days, given the drastic drop in ridership during the pandemic. Fewer students and residents have crossed the turnstiles in recent months, as the threat of COVID-19 has encouraged many New Yorkers to stay at home.

Concerned about transmission in public spaces, Upper West Side residents and the Columbia community have joined the general city populace in being cautious about how they get around. Residents' worries about riding in enclosed spaces, combined with the fact that only 48 percent of the current student body is living in New York City this semester, have led subway ridership at Columbia to plummet even more than that of the rest of the MTA. Experts say this decrease in ridership will disproportionately impact low-income residents, who are more likely to be frequent users of public transit.

“I worry about a death spiral, where less subway ridership means less revenue from the farebox, and there’s no relief in sight,” Joe Cutrufo, the communications director for the advocacy group Transportation Alternatives, said. “That would lead to transit cuts. … People [then] ride less because the service is poor.”

The situation is dire: The MTA is planning a 40 percent cut to subway and bus service if the agency does not receive $12 billion from the federal government to replace lost fare revenue. On the 1 line, a 40 percent service cut could decrease train frequency from every eight minutes on weekends to every 13 minutes, further discouraging Columbia students from taking the train.

“The MTA, which was already very borderline in terms of its funding, is now in sort of a disastrous situation and not able to offer the number of trains, the 24-hour trains, or any of the services that they offered before March,” Douglas Woodward, a professor at the Graduate School of Architecture, Planning, and Preservation said. “So that’s a real disincentive for people to ride.”

Nationwide, experts say transit budget cuts will fall predominantly on the shoulders of low-income residents, people of color, and essential workers, whose commutes to work and safety will be most affected by the decreased service and more crowded trains.

“For me, it would be really impactful because I have to go in-between children’s houses,” Anna Timmins-DeGregory, a behavior analyst and special education teacher from the Upper West Side, said. “I’m an educational benefit contractor, and if you don’t work you don’t get paid. So, if I show up late, that impacts my salary, [my] … professionalism, and [my] being able to be there to support the teachers that are working with the children.”

The subway is crucial to Timmins-DeGregory’s job. “If there were cuts to the subway, I’d have to drop that case without a doubt,” she said about one of her current cases.

Throughout the pandemic, essential workers and low-income communities have been at higher risks of contracting COVID-19 as they are less likely to be able to stay home and social distance. While “white-collar” workers can afford to work virtually or commute via driving, essential workers must often rely on the very public transportation that wealthier residents and students avoid.

According to MTA data obtained by Spectator, ridership at the 116th Street 1 train station dropped almost 87 percent from October 2019 to October 2020.

In comparison, the 116th Street B/C train station, which serves “blue-collar” West Harlem, only dropped 71.3 percent year-over-year. This was closer to the average decline among all stations, which was almost 70 percent.

The discrepancies in ridership at Columbia compared to peer institutions in similar situations demonstrates students' current avoidance of the subway system.

The 137th Street 1 train station, which is adjacent to City College and has around 25 percent of students on campus, only saw a 68.5 percent year-over-year drop. While both universities are mainly online this semester, New York City residents make up 74 percent of the City College student body. Comparatively fewer Columbia students hail from New York City.

While many Columbia students are nervous about the subway, some have continued to ride it sparingly.

Bronwyn Elvis, BC ’24, commutes from her Lower Manhattan home to Columbia only a few times a week, in part due to the uncertainty concerning the subway.

“Recently I was on a subway car, and there was a guy playing the saxophone, which [means] air blowing at very fast rates,” Elvis said. “I switched cars because a subway car is a very small space.”

For students who need to travel long distances, some feel that the subway is the best and safest option, even if it makes them uncomfortable.

“it’s kind of hard for me to walk six miles like all the time, but I usually wear like multiple masks, or I’ll wear like some KN95s,” said Rachel Michelson, SEAS ’24.

Those with the resources have opted to shift to ride-booking services to avoid the hazards of the subway.

“I definitely think that a lot of my friends have opted to Uber more than [they] take the subway ... because they have the financial resources to do so,” Celia Rosen, BC ’23, said.

Ride-booking services offer some benefits to students looking for control over their commutes.

“You have a little more control in a [ride-booking]. I think if you keep the windows down … [you can] make sure that there’s good air circulation,” Woodward said. “A number of the ride-shares have put up barriers, exit plexiglass, even sort of Saran Wrap barriers in order to protect both themselves and the riders.”

However, the same is difficult to accomplish within the MTA.

“They’ve been doing a tremendous job keeping it clean, but packing people in as we…have more and more people use the subways, day-to-day as they used to…will bring the issues of a super-spreading [event],” Woodward said. “It’s very difficult to do contact tracing if you have several million people a day using the subway.”

Transit experts stress that riding the subway, at least while ridership is down, is safer than many think.

“There have been no outbreaks or clusters … [connected to] subway systems,” Cutrufo said. “So the notion that subways are unsafe may actually not be bearing out in real life.”

The air in the average New York City subway car is replaced 18 times an hour, triple the rate of most office buildings. Moreover, all surfaces in the subway are thoroughly cleaned each night while the subway is closed from 1 a.m. to 5 a.m., according to the MTA. A survey of over 220,000 riders found that more than 90 percent of riders wear masks.

Should more students resort to ride-booking services and avoid the subway, the consequences for New York’s transit network could be dire.

“We’re seeing [street] traffic go up to pre-pandemic levels, even though many New Yorkers—maybe even a majority of New Yorkers—are still working from home,” Cutrufo said.

Unlike the drastic decrease in subway ridership, MTA-operated bridges and tunnels saw a 14.9 percent and 12.5 percent decrease in traffic between September 2019 and 2020.

“Generally, when there’s more pickups, there’s likely to be more crashes between ride-share vehicles and pedestrians,” Christopher Morrison, an assistant professor of epidemiology at the Mailman School of Public Health, said.

Columbia is inextricable from New York City, and subway cuts will impact students' freedom to travel around the city, thus minimizing one of the major appeals of the University.

“It’s ‘Columbia University in the City of New York,’ and there’s no way we can distance ourselves,” Woodward said.