How could higher education change under the Biden administration?

How could higher education change under the Biden administration? 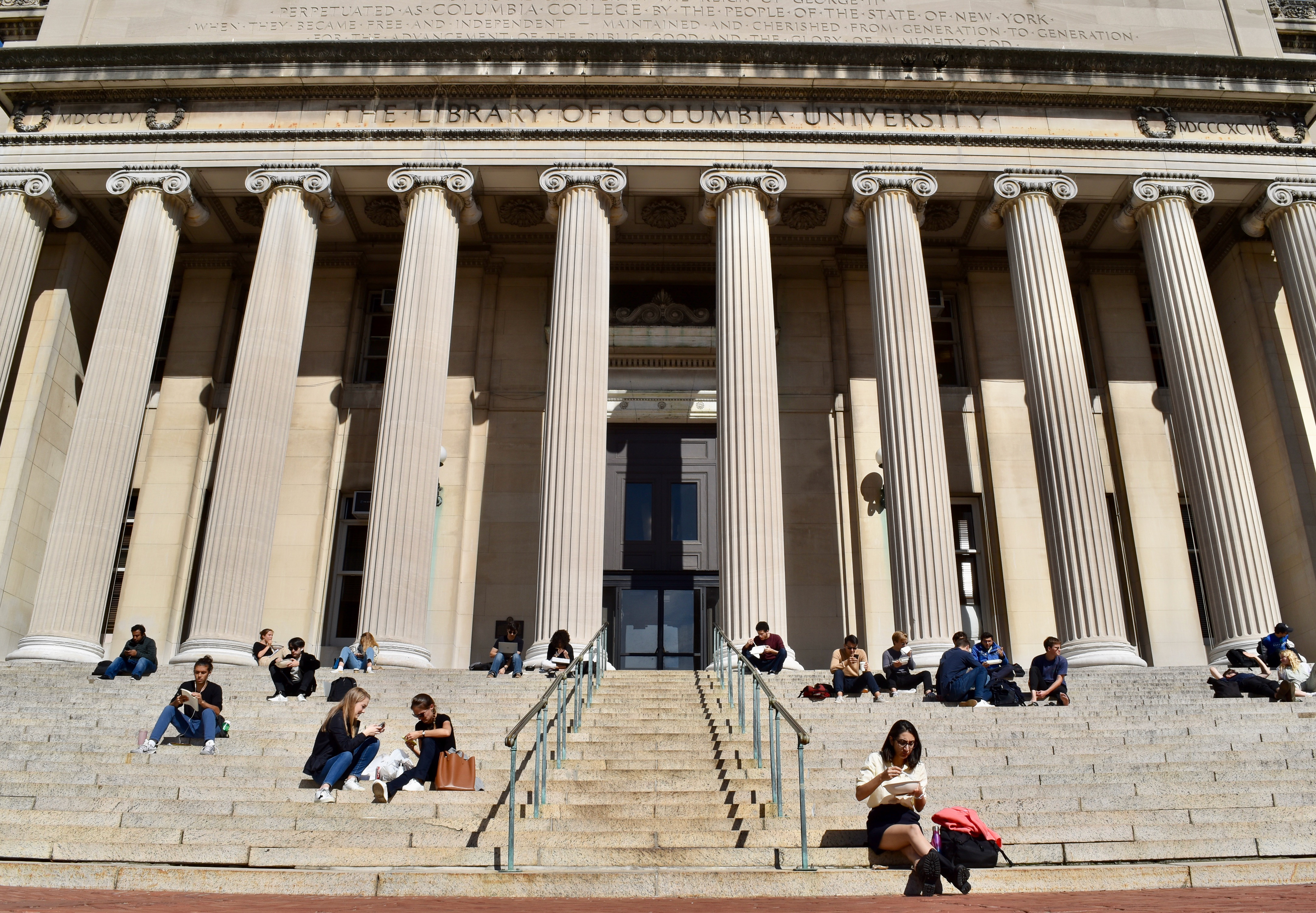 The Biden administration is sure to enact changes in higher education. Here’s what Columbia has to do with the possible free college plan, international student policy, and Title IX legislation.

Some policies will affect Ivy League schools more than others. While travel restrictions for international students and Title IX legislation directly relate to Columbia’s academic mission, policies aimed at increasing access within higher education are more central to community college and other public colleges. Ultimately, while highly selective schools promote social mobility among the few who get in, the vast majority of people in the United States are more likely to attend, and therefore benefit from, cheaper, higher-quality public education.

Should the Biden administration gain Senate support—which will come down to a run-off election in Georgia—the majority of his proposed higher education policies do not affect elite private universities like Columbia as equity in education mainly comes from improving public education on a large scale.

The most ambitious aspect of Biden’s higher education platform is a plan to make all public colleges tuition-free for in-state students whose families’ income amounts to less than $125,000 a year. While 80 percent of American families would qualify for this tuition-free public college, many Columbia students would not.

Columbia students, and other students at Ivy League schools with similar policies, are part of a small group of college students in the United States who receive financial aid that can cover all or part of the cost of attending one of the most expensive schools in the country or are wealthy enough to escape the burden of student debt by paying full tuition.

This “free college” plan would apply to all public four-year and two-year undergraduate programs, as well as community colleges. It would not include graduate programs or private universities, like Columbia, and it would not cover room and board costs.

While some have criticized the cost of such a proposal, studies by the Georgetown Center on Education and the Workforce have shown that the free college plan would “pay for itself” in the long term, as director of the CEW Anthony Carnevale writes. By increasing opportunities for students to pursue higher education, more people would be able to hold higher-paying jobs, which generally require a college degree, thus generating more federal income tax revenue.

This policy, which is modeled after the 2017 College for All Act, would make post-secondary education more accessible for lower-middle-class students across the country, and strengthen the public education system. This could, Carnevale said, lead to a system where public colleges would become comparable to and maybe even more financially favorable than private colleges.

“It will shift the enrollment from private to public,” Carnevale said. “It is an interesting moment—that is, the private systems will continue so long as people are willing to pay the money, but the public institutions, all other things equal, should be a better bargain.”

Other experts are more cautious about the impact of a free college program on accessibility to higher education, pointing to current strains on postsecondary institutions’ resources as a sign that many colleges may not be equipped to take on larger student enrollment, especially in light of the pandemic’s effect on their finances.

Peter Lake, a higher education attorney and professor of law at Stetson University College of Law, said, “There’s a distinct possibility that by the time the cavalry arrives to try to help students and learners pay for education, a number of higher education facilities may have shrunk to the point that they’re not in a position to immediately accept a flood of students.”

Earlier this year, Biden announced that he would forgive up to $10,000 in federal student loan debt as a result of the COVID-19 pandemic, although it is unclear whether he will accomplish this by executive order. Biden has also promised to double the maximum value of Pell Grants awarded each year to allow for the grant to cover a larger portion of college costs, expanding the awards of the 7.7 million students who receive the grant and including more students from middle-class families. Currently, around 40 percent of all domestic undergraduate students receive the Pell Grant—at Columbia, only 16 percent of Columbia College and the School of Engineering and Applied Science students qualify for this aid.

Though more and more families have taken out student loans in recent years, Columbia promises a no-loan financial aid policy, meaning the vast majority of students either pay entirely out of pocket or through grants they receive from the University. Though more students’ families have reported taking out loans to cover tuition, 50 percent of students do not receive any grants from the University, suggesting that half of families are able to cover the cost of attendance out of pocket.

“He’s not only going to give additional funding to minority-serving institutions; he’s going to give them additional money for infrastructure that is to build out their STEM programs, for instance, so that they can compete with the private and public institutions that are not predominantly minority-serving,” Carnevale said. “His plan, I mean, it’s a pretty rich education plan.”

Biden also plans to issue competitive grants for low-endowment private institutions, which have been particularly impacted by the pandemic.

Although many of Biden’s policies, as well as their political feasibility, remain uncertain, Lake said he hopes that the Biden administration will bring stability to the higher education system by depoliticizing the issues that college students face across the country.

“It starts with recognizing the cost that higher education bears by being caught in the middle of culture wars,” Lake said. “This administration has to, in some ways, help higher education become part of a positive narrative about building American society as opposed to a battleground of competing interests that, frankly, tears resources away from access, attainment, graduation, and all these sorts of things.”

In May, Biden promised to revoke Secretary of Education Betsy DeVos’ controversial Title IX rule, which has made it more difficult for colleges and student survivors to investigate cases of sexual assault.

While Columbia has issued its own policy regarding gender-based misconduct to cover incidents that are no longer covered by the latest Title IX rule, the current federal policy has rolled back protections for college students across the nation, reversing many of the previously standing federal regulations that were instituted under the Obama administration and sought to expand the scope of incidents covered by Title IX.

According to Lake, Biden’s proposed reversal of DeVos’ rule would be the latest change in a decade of politicized and fluctuating rules that have made it increasingly harder for higher education institutions, faculty, and students alike to navigate the murky legal grounds of Title IX-related incidents.

“It’s not particularly easy for colleges to comply when the rules of the game shift so dramatically from one group to another, depending on who has the control of the arms of government,” Lake said. “It’s very confusing for students—like they’re caught in the middle of a political-slash-culture war that right now doesn’t have a promising immediate resolution to become sustainable.”

These changes to the standing Title IX rule will take time to enact, and Lake advises institutions and students to prepare for an extended period of transition between the current administration’s policies and the Biden plan. This period of transition, Lake warns, may take longer than the duration of the COVID-19 pandemic, raising questions about how higher education institutions plan to address potential surges in sexual harassment cases after social distancing measures are lifted.

“I wonder if we’re going to have a sort of hyper-socialization. What does that lead to? Well, it could create tinder for more sexual abuse,” Lake said. “Whenever this great opening happens again, we have to have things in place so that people know what the rules of the game are.”

While Biden has not yet announced a specific plan regarding the status of international students, experts expect that his foreign policy platform will allow for more international students to travel to the United States and enroll in postsecondary programs, a decision that heavily impacts the student body makeup and the finances of the University.

In the spring, when the COVID-19 pandemic forced colleges across the country to transition to remote classes, the Trump administration announced that international students would not be allowed to reside in or return to the United States if they were not taking at least one in-person class, while this was later rolled back, international students at Columbia and nationwide have faced difficulties with obtaining student visas from embassies abroad and taking the required assessments for college applications, posing a threat to international enrollment levels across undergraduate and graduate schools.

These difficulties, along with travel bans from select countries with Muslim majorities and international trade disputes have slowed undergraduate international student enrollment rates.

In September, the Trump administration proposed a new rule that would limit international student visas to two or four years depending on their nationality, which would pose significant challenges for students in graduate programs that take longer than four years to complete.

A Biden administration could ease many of the restrictions on student visas and international travel that hinder international student enrollment by strengthening foreign relations and easing border restrictions, something Biden has promised on the campaign trail.

“The alleviation of a lot of these travel bans definitely takes some of the stress and anxiety that a lot of us feel about what the future of being able to go back home will look like,” Lauren Ritchie, CC ’22 and the international student representative for the Columbia College Student Council, said.

Lake said there still remains the question of whether Biden’s foreign policies will last long enough to attract international students whose studies may outlast his presidential term—a recurring concern that comes with changes in presidential administrations.

“Columbia and others have a huge stake in global politics and immigration and trying to create rules that people can actually count on, that will be persistent enough that if they come now for a Ph.D., six or seven years from now, they’ll be able to complete it,” Lake said.